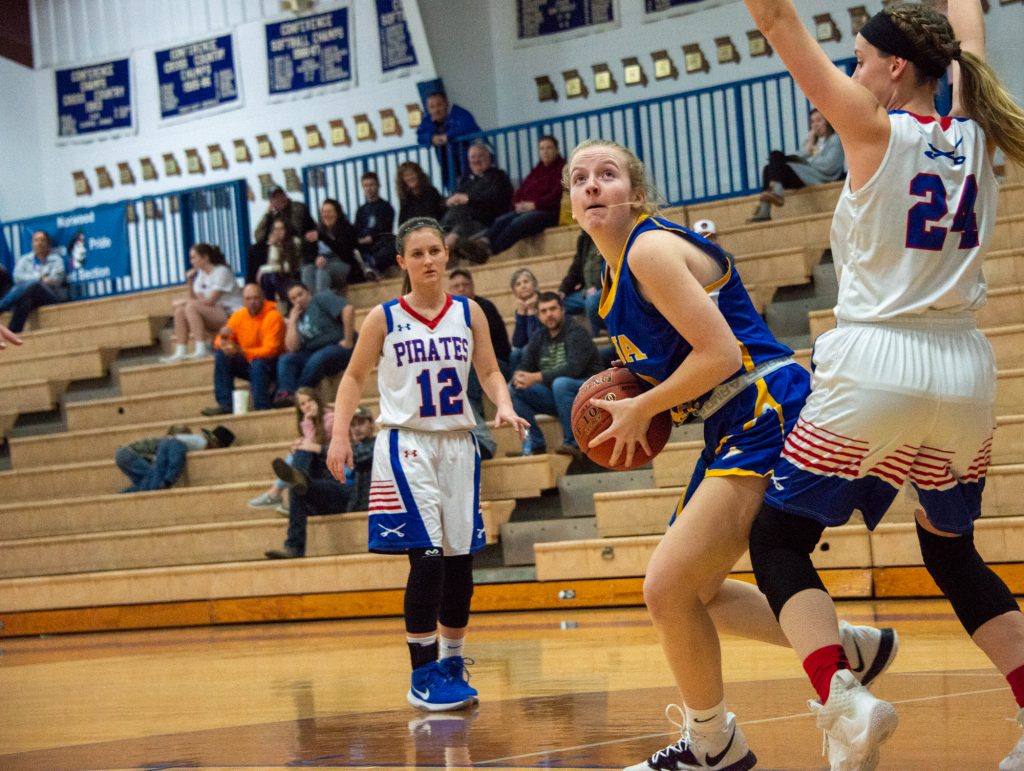 Ava High School senior Baylan Alexander (4) turns for an attempt at the basket during a game against Norwood on Monday, February 10, 2020, in Norwood, Missouri. (Jason Hoekema/Herald)

NORWOOD–The Lady Pirates and Lady Bears have met before. At the Cabool tournament earlier this year, Ava topped Norwood with a definitive, 50-34, final score. Stepping into the Lady Pirates’ cave Monday, the Lady Bears we not the same team from the tournament.

Then the Lady Bears let the board run away without an answer until 4:49 in the third quarter, down as much as 13 points.

Ava woke up and took the fourth quarter, 16-10, and closed the lead to as little as four points. However, one big issue plagued the Lady Bears like scurvy.

Rebounds are gold in a basketball game, and the Lady Pirates lived true to the school’s mascot and was all about collecting all of the pieces of eight under the hoop.

The game started with a slump-like pace in the first quarter where the Ava Lady Bears came out on top by two points. Claire Fosset hit air on an attempted three while Hannah Evans put up five points. Fossett made up for it with a shot from inside while Emaly Keyes did her thing and sunk the ball from the wing.

All of the sudden, the Lady Bears left the building before the second quarter. With more fouls than points, Ava’s only buckets came by way of Olivia Gastineau and Eden Little.

At the half no one on the roster had more than five points in their name. Evans with five compared to 11 at the break on January 21st.

If not the rebounds, perhaps Norwood’s Josie Sullivan was kept under wraps at the tournament.

In the schools’ previous meeting she only put up four points, shadowed by Cassie Chadwell and Kaytlyn Drake who had 10 and 18 points, respectively.

This round, however, she went to the net and amassed 18 points by the end of the night made of four buckets and one shot from Broadway.

If that wasn’t the factor for the Lady Bears’ loss it was free throw percentages.

In the sour second quarter the Lady Pirates started with a bucket by Drake – who shot for 14 points – followed by the three from Chadwell.

After that Sullivan was going inside the lane and was getting the whistle to blow in her favor, shooting from the line pulling four points.

Free throws made up the five final points before the break, the Lady Pirates making just two field goals.

The Lady Bears were under par at the stripe, shooting a .333 for just four points. The ball bricked and bounced out on shots from Olivia Gastineau, Keeley Akers, Lexie Gastineau with Evans perfect from the line; just for two points.

In total the Lady Pirates pulled 14 points from fouls drawn from the Bears, shooting a .933 from the line.

Six of those cause the points split from when Ava was chasing and nearly caught Norwood on the scoreboard. Eventually the Lady Bears ran out of time for a comeback.

The Lady Bears are beginning to close their winning percentage with a record of 13-7, nearing the fifty with a .650 as of Monday evening.

The Lady Bears continue on with the busiest part of their schedule, facing Chadwick on Tuesday then playing on the road against Fair Grove today.  Ava will return to the home court come February 18th, when they host Seymour and Liberty to close out the regular season. 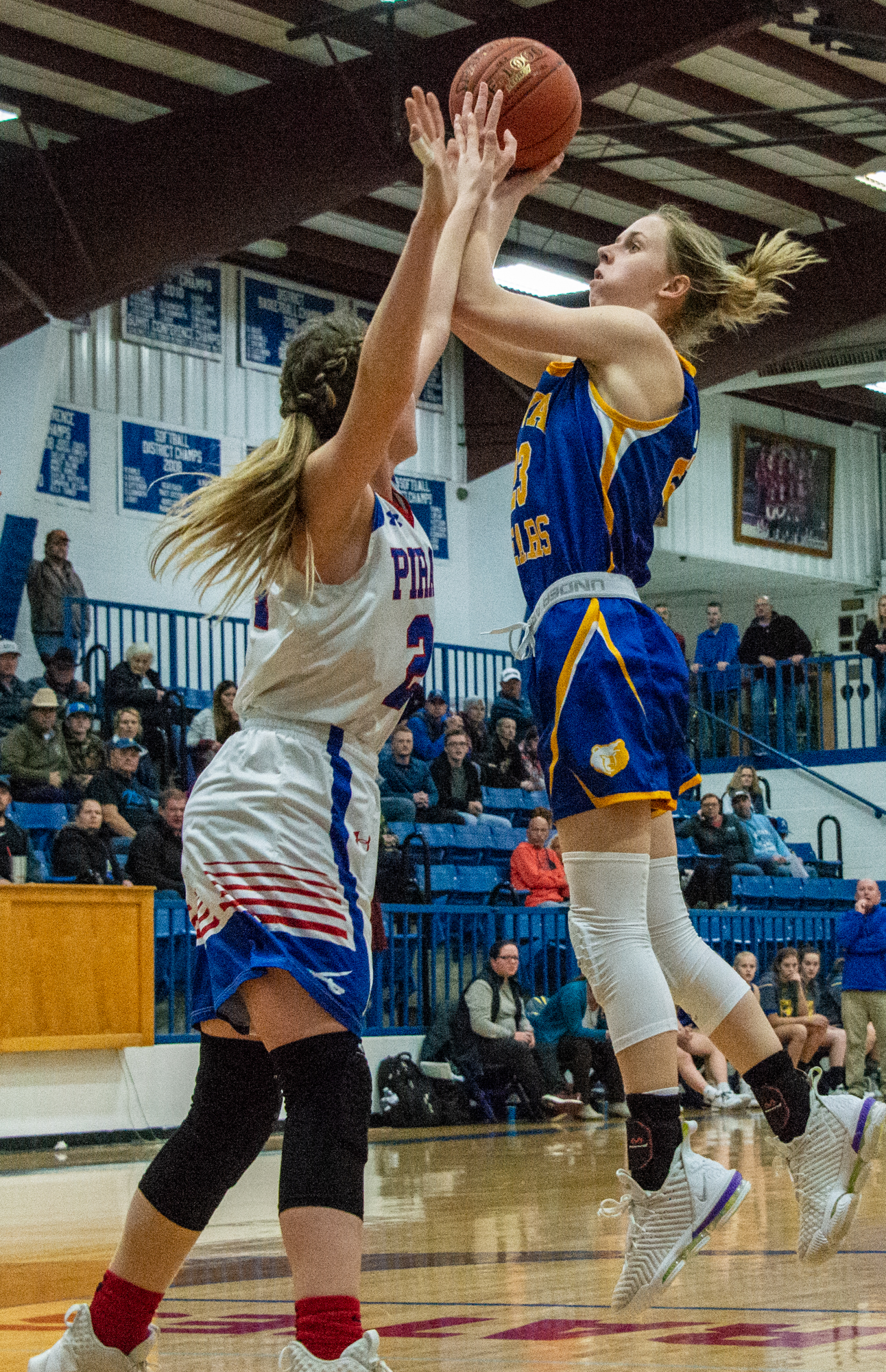