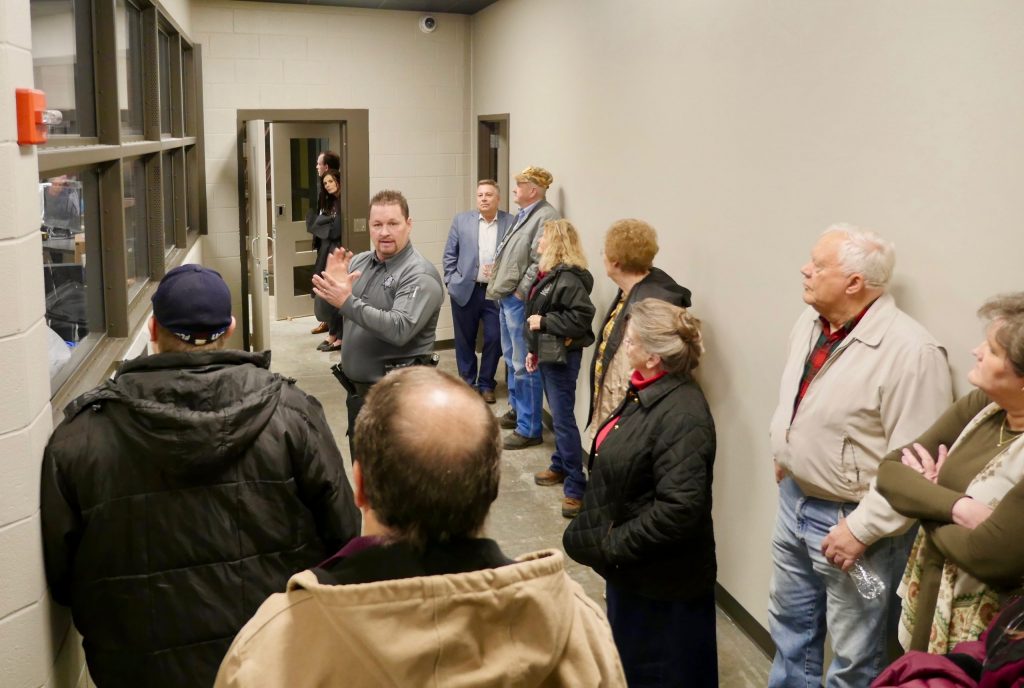 “How many of you have eaten in a jail before?”

That was how Ava Chamber of Commerce Director Judy Shields opened up the February Chamber meeting, held on Tuesday, February 11th at the new Douglas County Jail Facilities in Ava.

No one was willing to admit it. 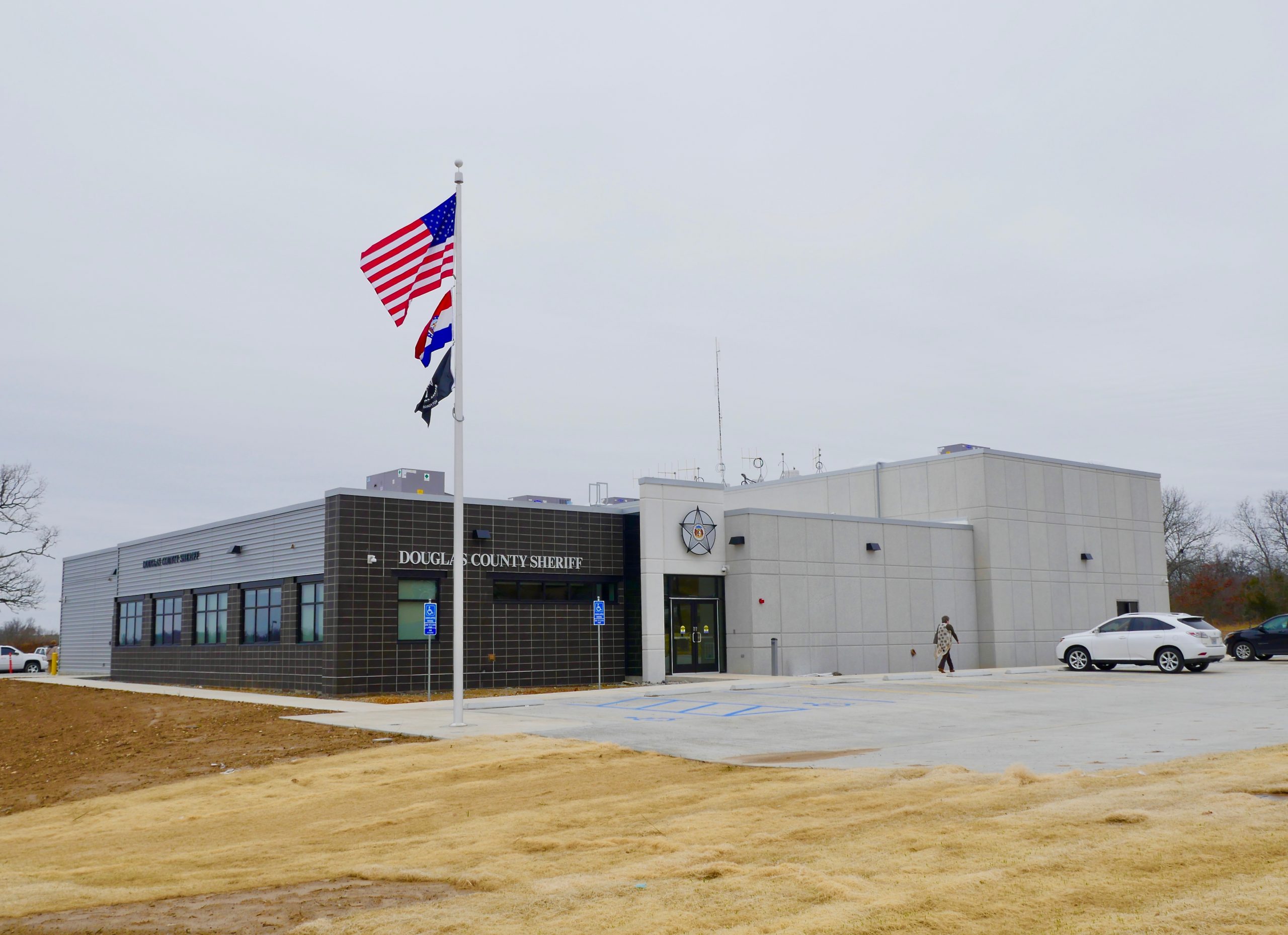 With  flag-raising and Chamber formalities out of the way, Sheriff Degase addressed the larger-than-expected crowd.

Degase gave credit and a commemorative plaque to the Ava  Industrial Development Corporation (AIDC) for selling the land under the new jail to the Sheriff’s Department for $1. 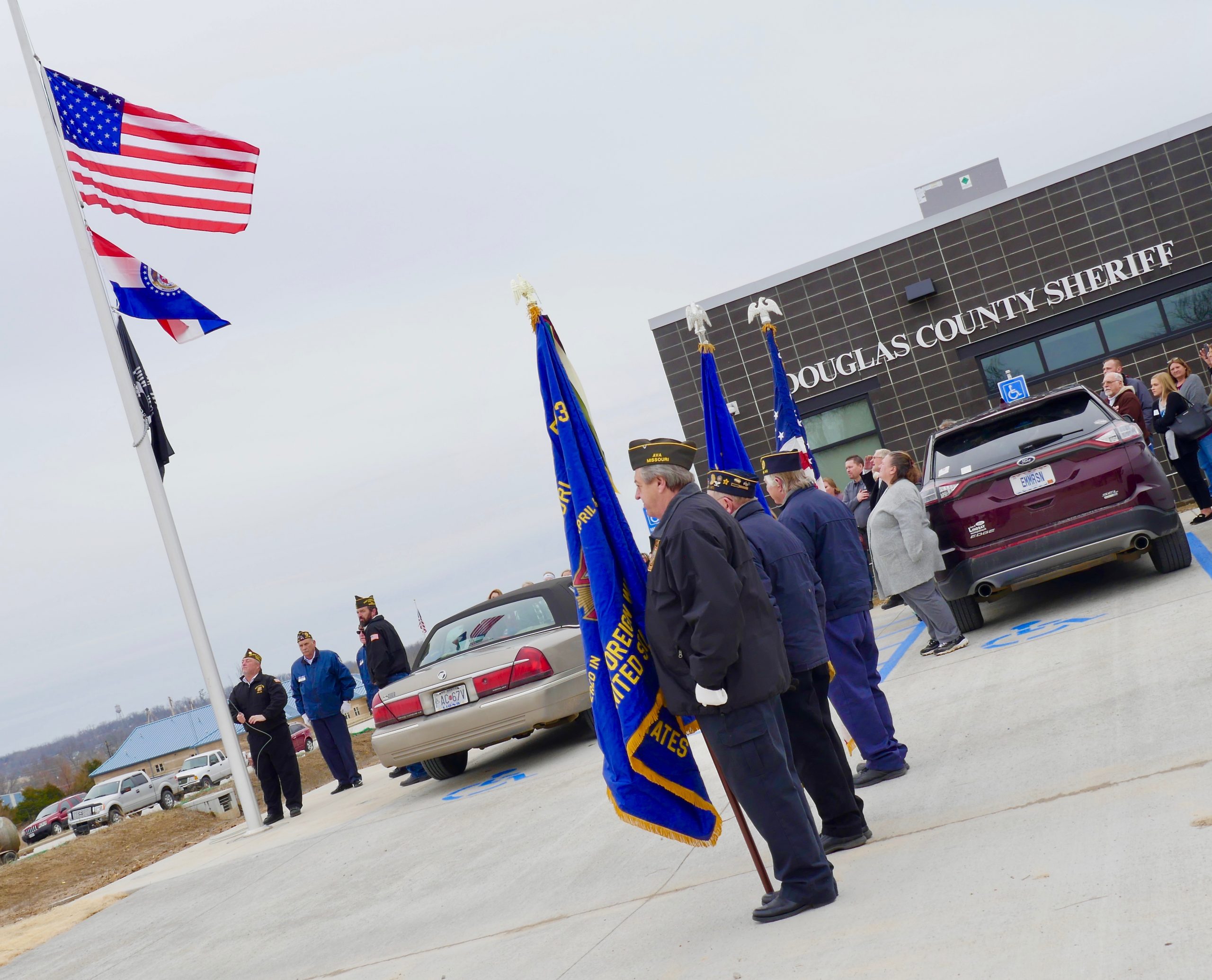 Veterans from around Ava handled flying the flags at the facility for the first time. Michael Boyink/Herald

Degase then recognized representatives from the local media – The Douglas County Herald and radio station KKOZ – for help in getting the word out about the need for a new jail. 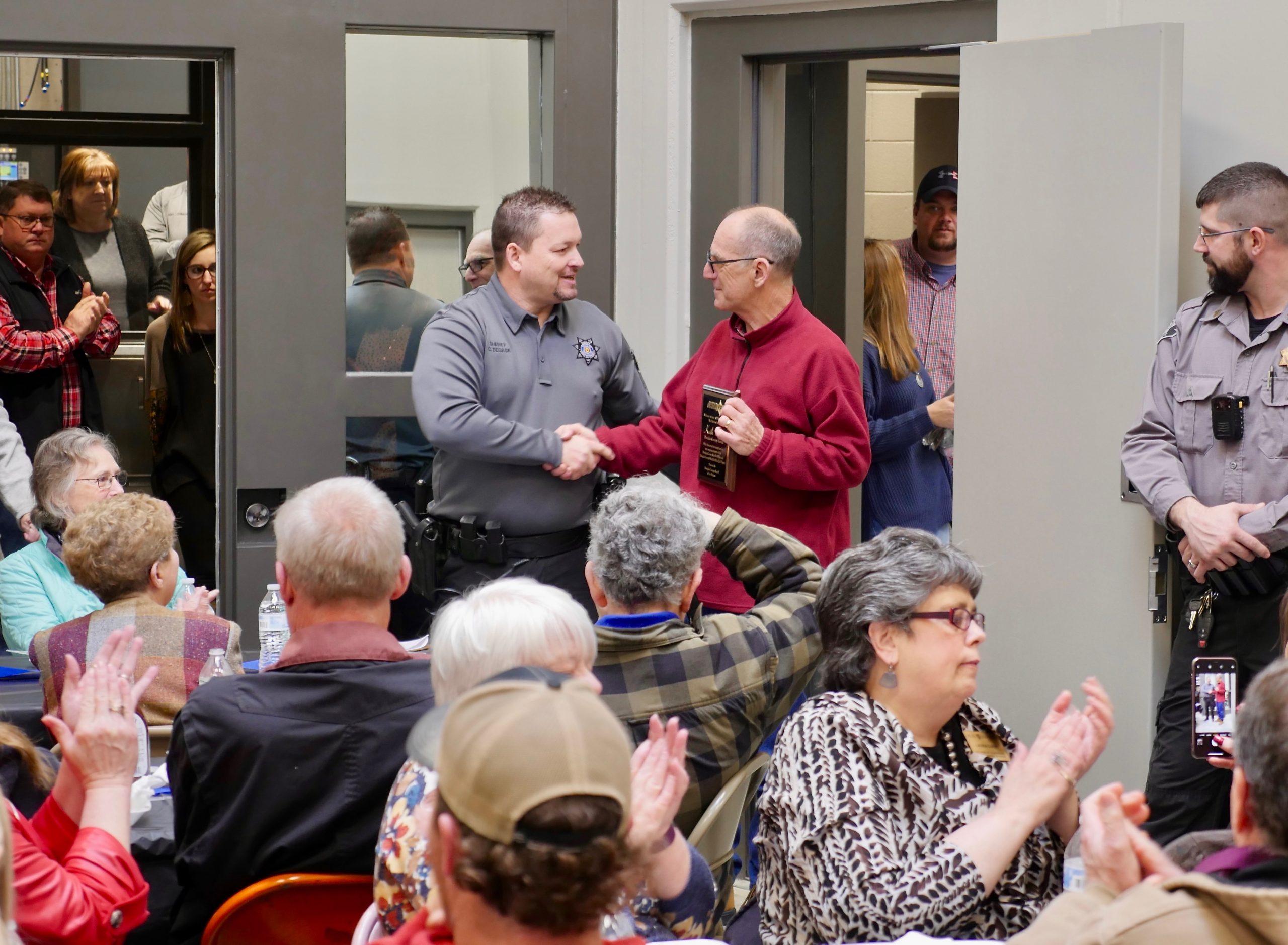 Degase also commended his staff for their help in getting the 1/2 cent sales tax that funded the new facility passed in November of 2016.

“We can’t spend tax money promoting a new tax raise, so many of them contributed their own time and money in getting the word out,” Degase said.

Sheriff Degase then lead the crowd on a tour of the facility, explaining how he felt the design would keep his staff safer. 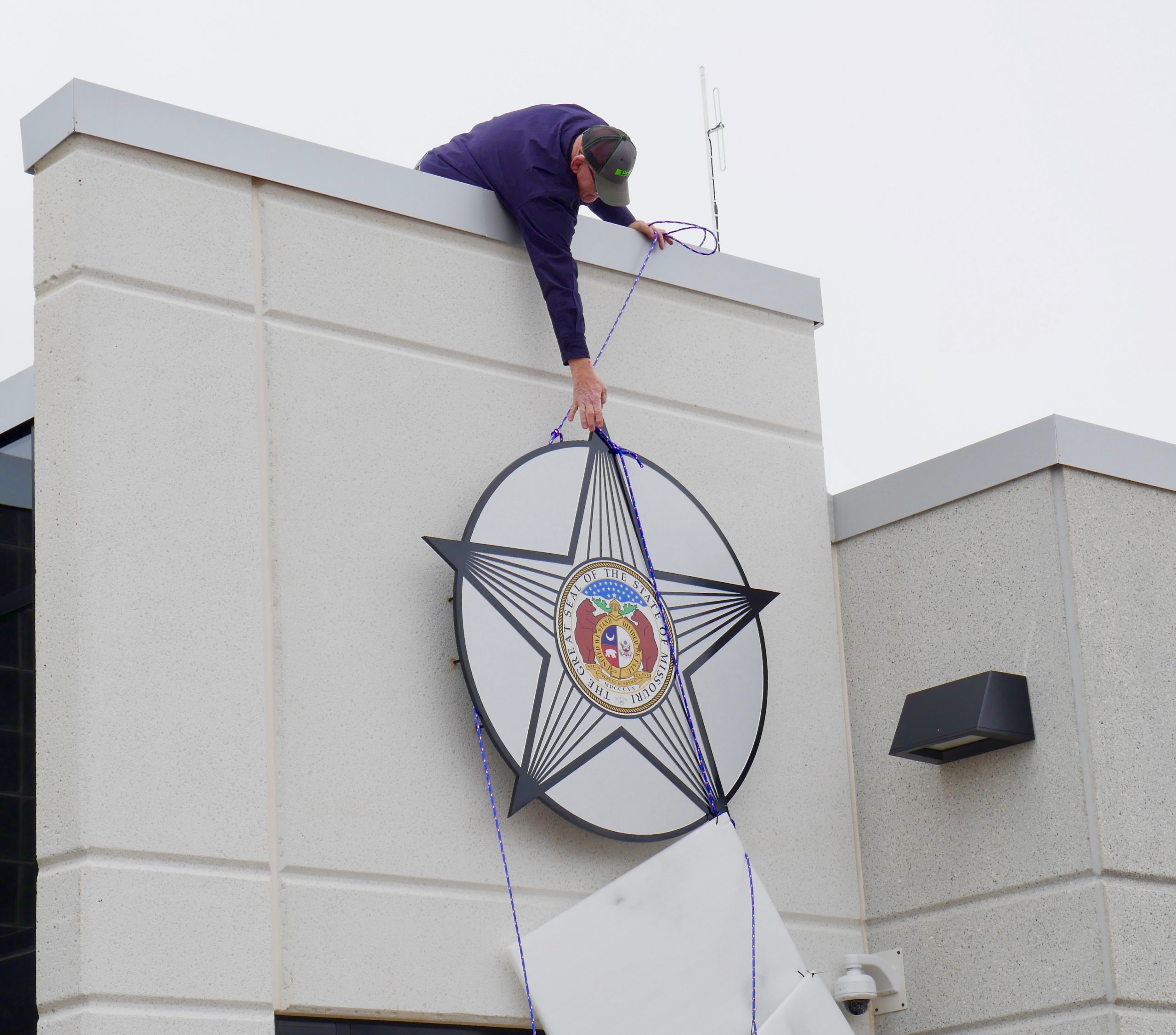 He said the facility was scheduled to open on February 25th, and would contain both prisoners from Douglas and Greene County. “We can earn over $100K per year taking outside prisoners in, which really helps with our expenses,” Degase said.

For a complete video tour of the new jail, visit facebook.com/docoherald.