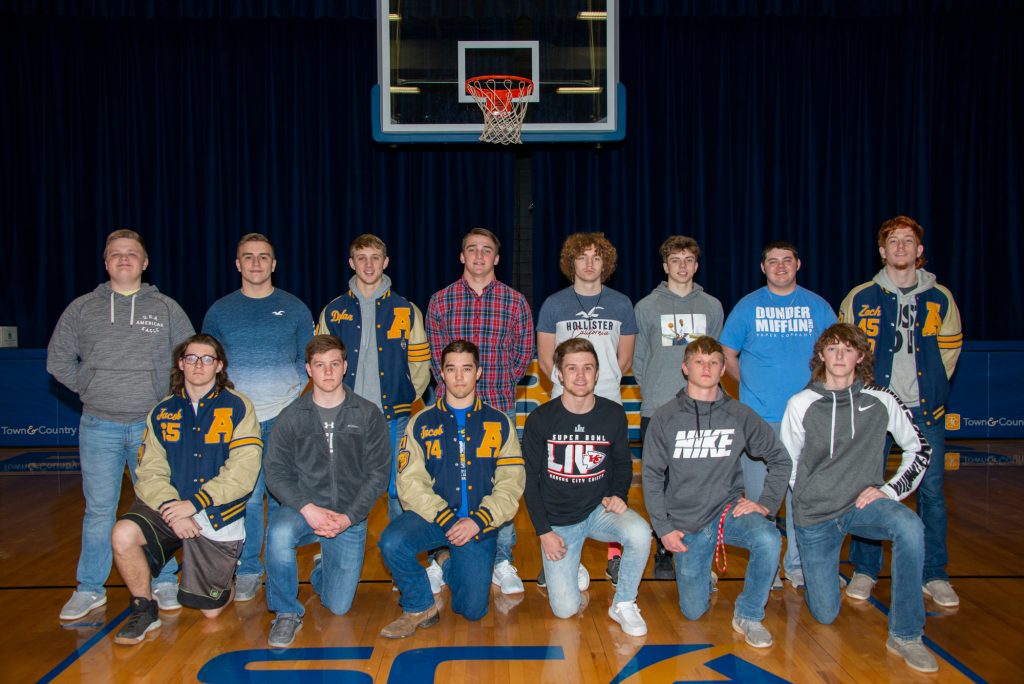 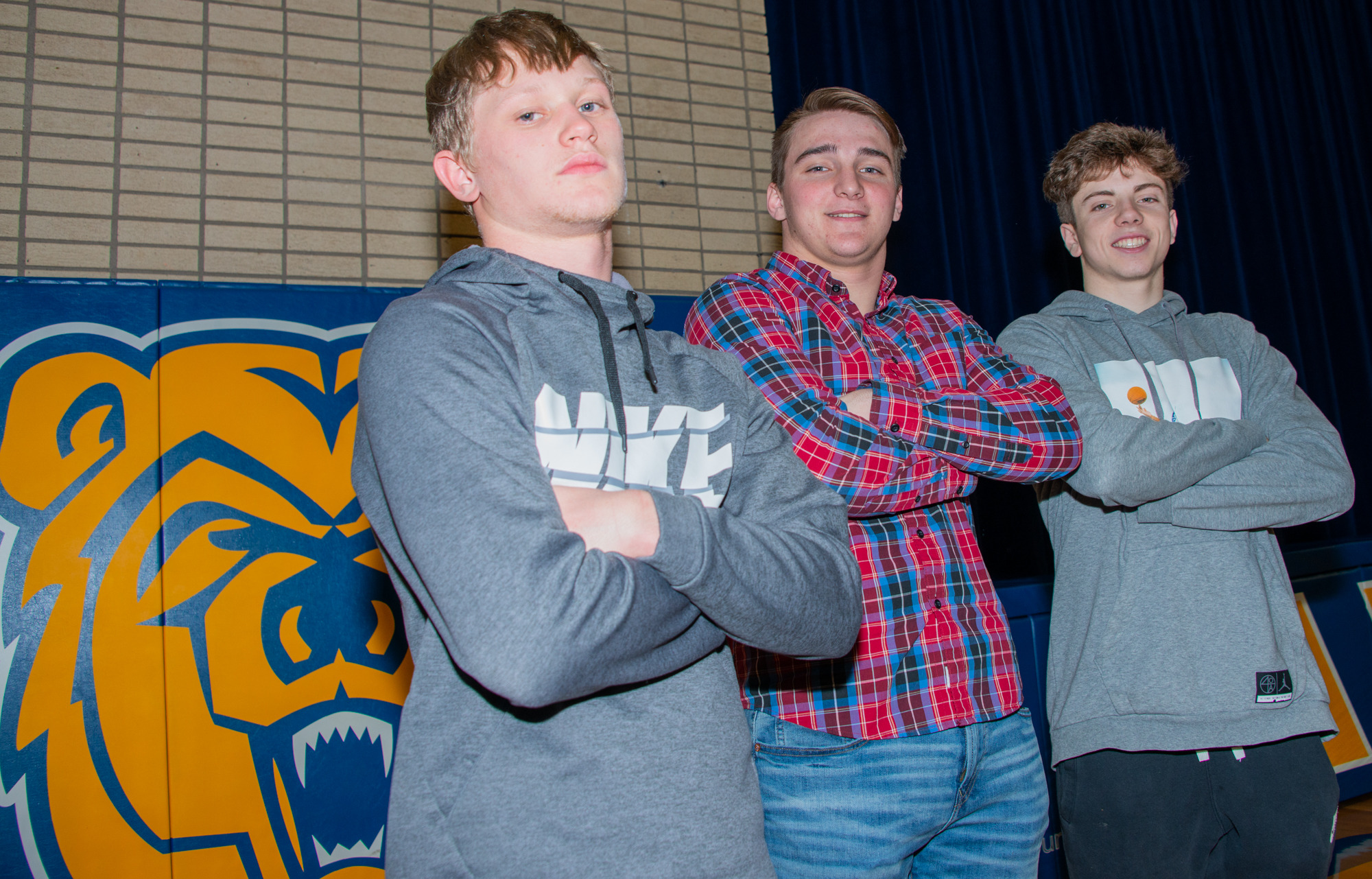 This year’s Class 2 All-State Honorees from left: Josh Bray, Kayden Myers and Nate Swofford stand for a photo on Friday, January 23, 2020, in Ava, Missouri. The trio led the Bears to success with individual talents. Bray made the 2nd Team as a Linebacker and Swofford the 2nd Team quarterback. Myers was named to 1st Team defense, as a linebacker. (Jason Hoekema/Herald) 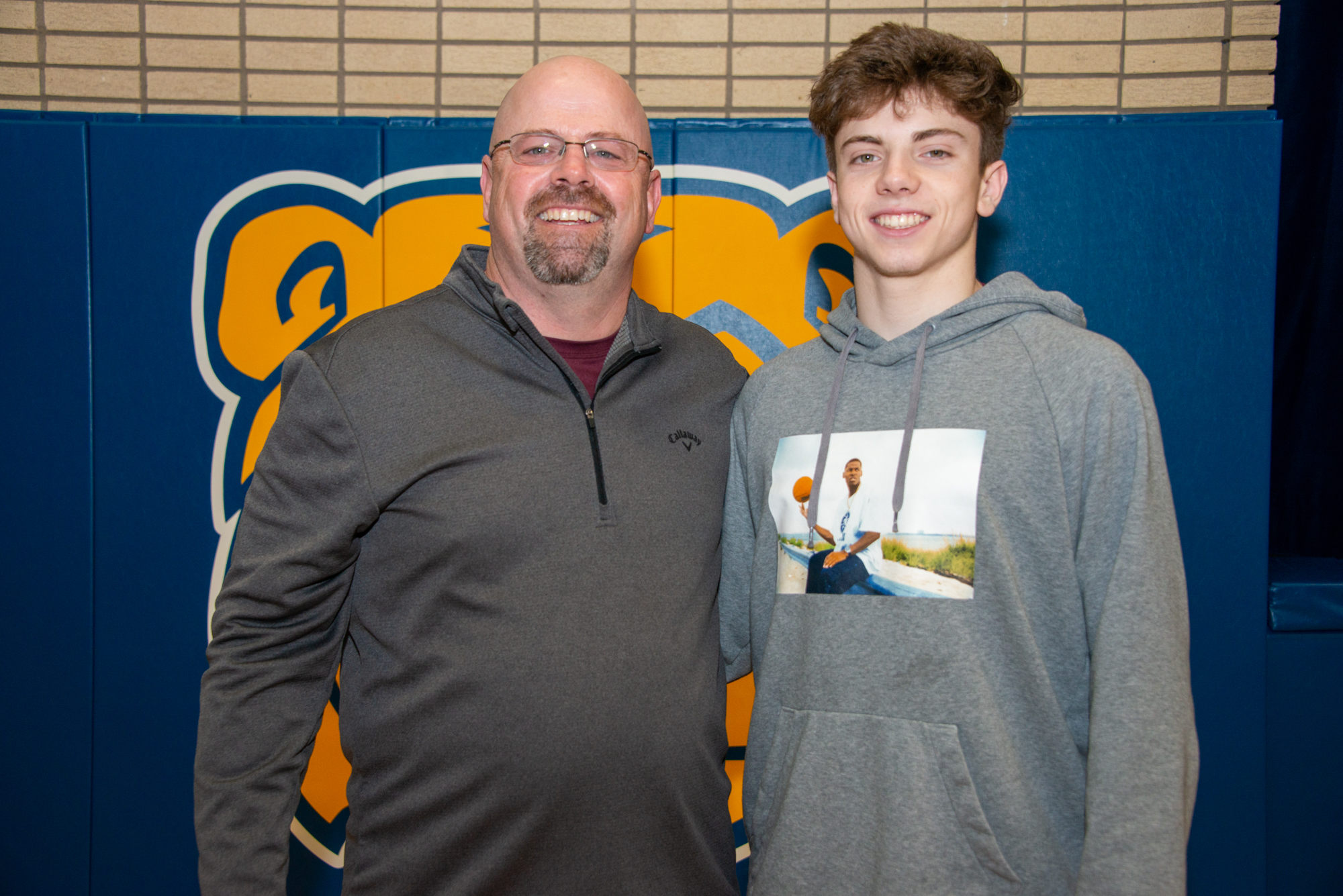 Ava High School head football coach Dan Swofford and Nate Swofford pose for a photo on Friday, January 31, 2020, in Ava, Missouri. This season was special, not just because of the team’s success, but a father-and-son were bestowed the awards of All-State Class 2 Coach of the Year and Offensive Player of the Year on top of sharing a unique experience together. (Jason Hoekema/Herald)