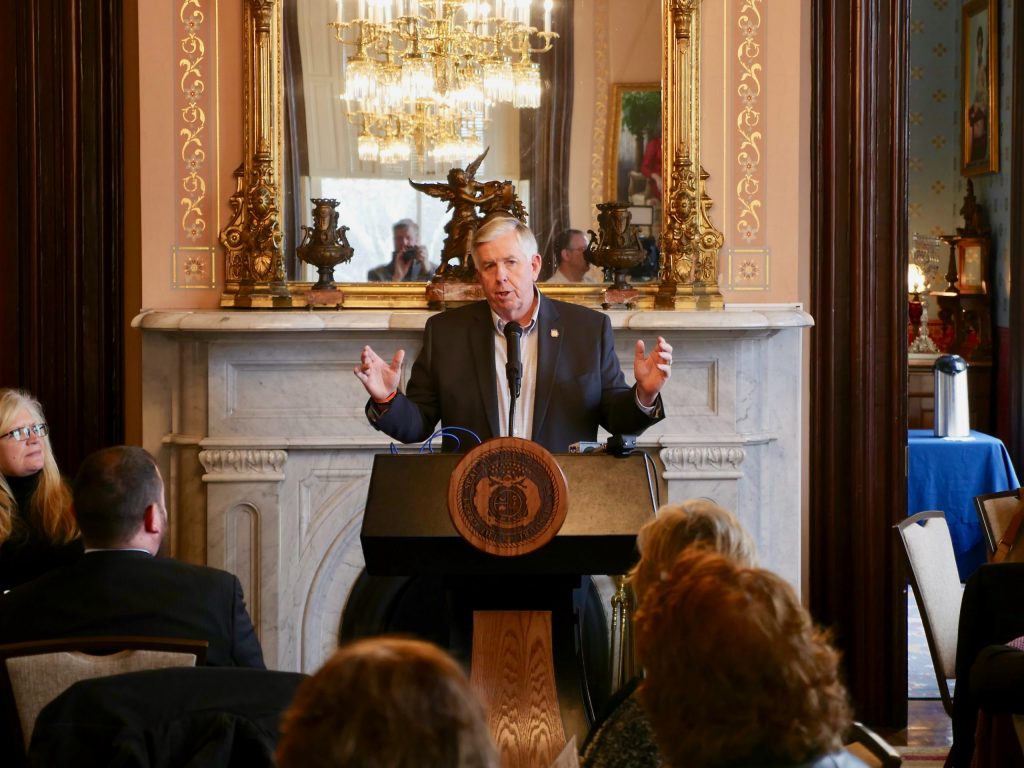 On Thursday, January 30th, representatives from the Douglas County Herald attended the Missouri Press Day at the Missouri Capitol.

After hearing a review of various proposed bills that may affect the newspaper industry, press members were addressed by different state officials.

Missouri Treasurer Scott Fitzpatrick, a father of twin boys with autism, spoke about recent tours of sheltered workshops to promote ABLE accounts, which are investment accounts available to eligible individuals with disabilities. 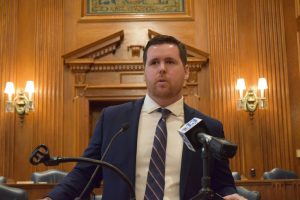 Fitzgerald also mentioned the availability of 529 savings plans, which are a type of investment account Missouri residents can use for education savings. 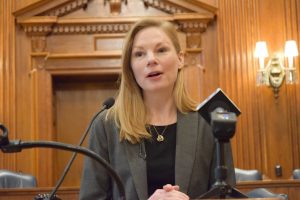 Galloway spoke about the various Missouri city audits  her office was working on. She also mentioned the recent launch of a website where all of the requests made of her office under the Sunshine Law from 2015-2020 can be viewed (app.auditor.mo.gov/sunshinepostings).

Missouri Governor Mike Parsons addressed the members of the press during a luncheon at the Governor’s Mansion.

Parsons highlighted the recent relocation of both the Economic Research Service and the National Institute of Food and Agriculture from Washington, D.C. to the Kansas City area, after over 100 other cities had lobbied to become the new home for the agencies. 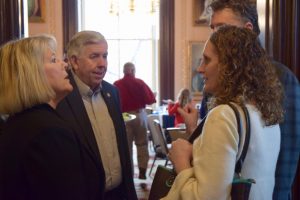