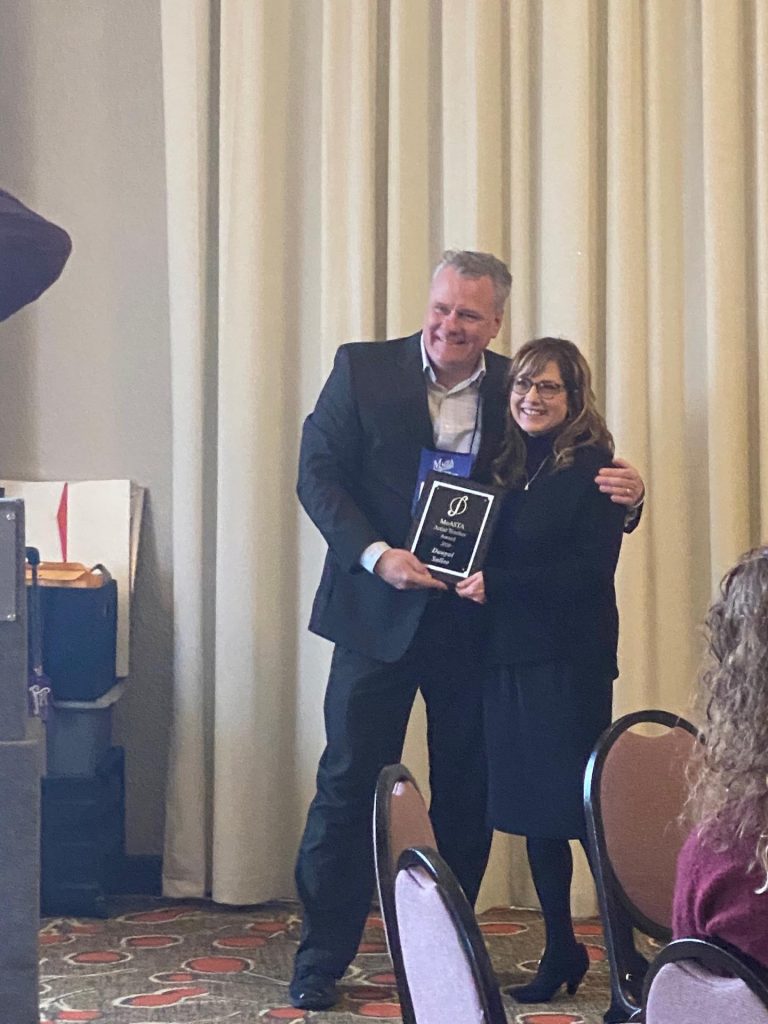 During the Missouri Music Educators Association luncheon held on Thursday, Jan. 23 at Tan-Tar-A, at Lake of the Ozarks, local musician and string teacher, Danyal Sallee, was honored with the Artist Teacher Award from the Missouri Chapter of the American String Teachers Association (MoASTA).

Founded in 1946, the American String Teachers Association (ASTA) widely supports string and orchestra teachers, and players.  ASTA currently has 7500 members.  Since 1992, the Missouri Chapter has annually honored Missouri musicians who teach music, as well as maintain a career as a performer.  Candidates are also recognized for their significant contribution to the field by sharing a passion for music and educating students.

This year’s recipient, Danyal Sallee, serves as a teacher in both Willow Springs and Ava. She has a studio of approximately 50 students, ranging in age from four years old to 70.  Danyal also serves as director of the Southern Ozarks Youth Orchestra which formed in 2013.  This 30-plus member youth orchestra performs two concerts annually at the Star Theater in Willow Springs.

Sallee is also primary teacher of the Ozark String Project located in Ava. She has performed with the Springfield Symphony Orchestra since 2015, as well as the Southern Ozarks Community Orchestra and Arkansas Philharmonic.