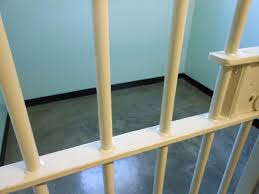 During law day with Judge Craig Carter on Tuesday, Feb. 4, the following individuals were sentenced to the Department of Corrections.

Ashley Kratky, 31, Springfield, formerly of Ava, was sentenced to ten years in the Department of Corrections for causing the death of Daniel Bodrie, Jr., of Lewisville, Texas, while driving while intoxicated. Kratky pled guilty on December 3, 2019, with sentencing Feb. 4, 2020.

The wreck occurred on February 15, 2019 near the Ava city limits on West 14 Highway.

Kratky, the driver of the vehicle, was transported by ambulance to Cox Hospital. Daniel Bodrie, Jr., the passenger in Kratky’s car, was pronounced dead at the scene.

Bodrie’s family and friends from Texas attended the sentencing hearing, and during the proceedings had the opportunity to read victim impact statements to the Court, explaining their grief due to the loss of Daniel.

The case was investigated by the Missouri State Highway Patrol with assistance from the Douglas County Sheriff’s Department.

In other court cases:

Casey Cavaness, 23, Ava, was sentenced to five years for possession of meth, three years for resisting arrest and three years for felony driving without a valid license after admitting to violating probation. The initial offense occurred August 2017 and was investigated by the Missouri State Highway Patrol.

James Whitaker, Jr., 45, Rolla, was sentenced to seven years in prison for possession of methamphetamine after admitting to violating his probation. He was ordered to complete 120 day institutional treatment while in prison. The initial offense occurred in December 2018 and was investigated by the Missouri State Highway Patrol.

Sadie Slade, 24, Ava, pled guilty to possession of methamphetamine and received six years in prison pursuant to the 120 day treatment program. Slade’s offense occurred in December 2019 and was investigated by the Douglas County Sheriff’s Department.

There were 32 criminal cases on the docket with 31 being felonies. There were three felony guilty pleas and two probation revocations.

During the special law day setting held on Jan. 31, there were 23 criminal cases on the docket with 23 being felonies. There was one felony guilty plea and one probation revocation. One failure to appear warrant was issued.