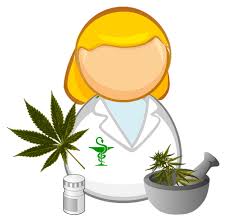 On January 23rd, the Missouri Department of Health and Human Services announced the recipients of licenses for medical marijuana dispensaries.

The state received 1163 applications for the 192 licenses available.

While the state parceled out the licenses by Missouri’s congressional districts, the results placed most of the dispensaries in major cities. For example, the Kansas City area received 40 licenses and the St. Louis Metropolitan area received 66.

Some of that is due to multiple congressional districts mapping into a common big city area like St. Louis.

Douglas County is part of the eighth congressional district which reaches all the way east to the Mississippi River.

There will be no medical marijuana dispensary in Douglas County.

Because no one applied.

But none of them were in Douglas County. EBC submitted one application for a St. Joseph location, and the other four were in St. Louis.

Show-Me Natural Gardens, the company who originally wanted to locate a growing facility in Ava, was also denied a dispensary license. That location would have been in Macomb.

For medical marijuana users in Douglas County, the closest locations to receive licenses are:

The State will announce seed to sale facility certifications on January 31st.

Over the counter availability of medical marijuana will come after state facility inspections, and facility staff ID card assignments.