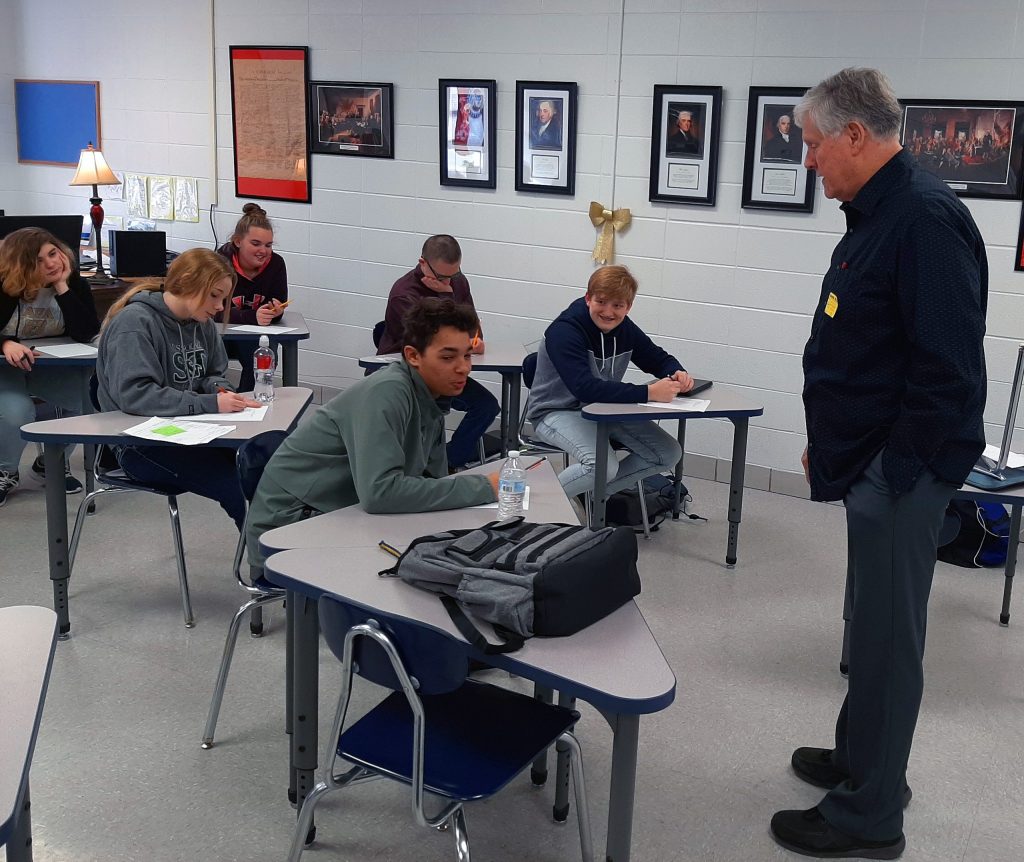 Submitted Photo On Monday, January 27th, local veteran Larry Morrison addressed students in the Ava High School JAG program. He spoke about his time in the service, flying helicopters for 10 years on combat missions then becoming an instructor. Morrison advised the students to have a plan B, C, or even D when thinking about their future because things won’t always work out they way they expect. Morrison, a holder of five degrees (including two doctorates earned between age 30 and 52) also recommended the students to shadow other vets to both learn from them and form community relationships.