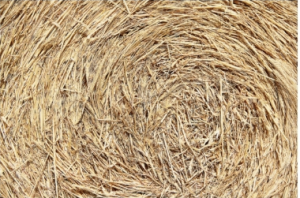 Now is time to change, says Craig Roberts. He’s a world-known authority on managing toxic tall fescue. That’s the No.1 forage in Missouri and across the Fescue Belt, the states south and east to the Atlantic.

Feeding hay before grazing cuts endophyte toxin in both forages fed cow herds. Less toxin cuts cases of fescue foot, which cripples cows and can cause death. Tall fescue grass has two growing seasons. The most forage grows in a spring flush. This can be cut for hay. But when fall rains return, fescue pastures peak again.

Growth peaks are when livestock eat most toxins growing in Kentucky 31 fescue.

The most visible livestock loss comes from fescue foot. The ergovaline in fescue restricts blood flow to cattle’s feet. In worst cases, cows’ hooves fall off. She can’t walk to graze.

A drawback slowing conversion is the long process of killing toxic fescue and reseeding new. Every sprig of old fescue must be killed before planting new seed. Missouri scientists developed a working conversion: “spray-smother-spray.” A K-31 pasture is sprayed with herbicide. Then a seeded cover crop crowds out toxic fescue remainders. Finally, that cover is sprayed again to kill remaining toxic fescue. New fescue seeding follows.

“The yearlong process is worth it,” Roberts says. “You gain benefits of novel-endophyte fescue without losses.”

“Meanwhile, until new novel-endophyte fescue is seeded, you must manage the toxin,” Roberts says. “We go from managing grass to managing toxin.”

Toxins are hottest in stems and seed heads. Clipping provides a means to manage. That chore is eliminated with novel endophyte.

Hay made last spring will be less toxic by feeding time.

Research on fescue grazing proves value in switching to early feeding of hay.

The Alliance for Grassland Renewal, a nonprofit group, holds grazing schools in states across the Fescue Belt. They start in March in the Ozarks. Go to grasslandrenewal.org.