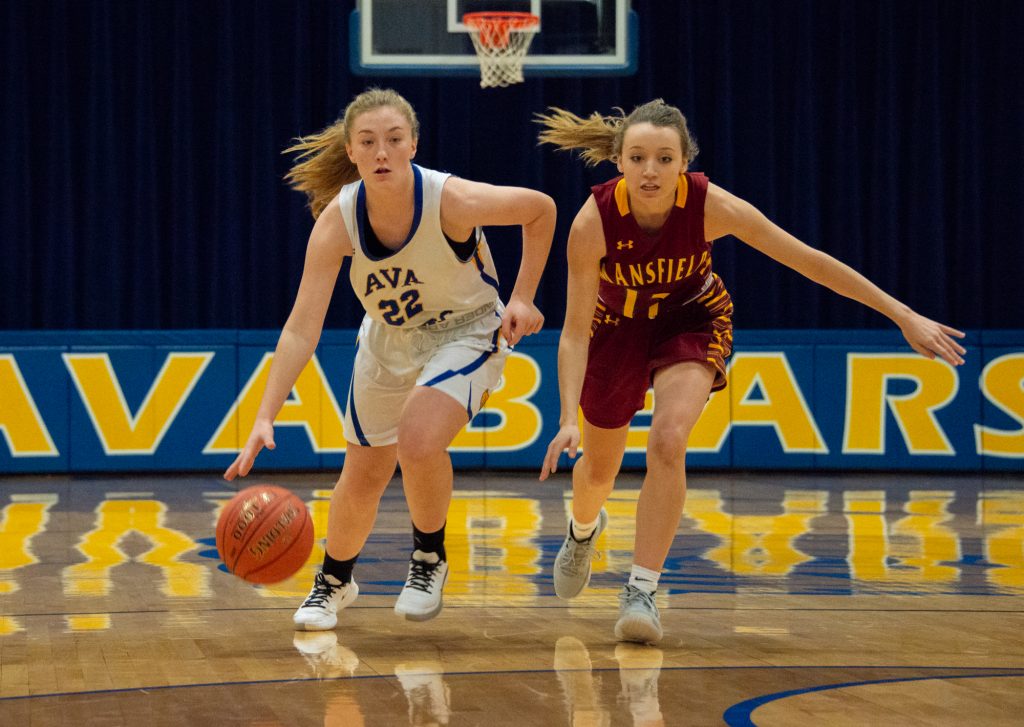 The Ava Lady Bears had the lead going into the half thanks to a buzzer-beater by Emaly Keyes.

Should it have counted? It might have been late.

Poor officiating fouled the competitive spirit of basketball Thursday with both teams suffering from missed calls and whistles which clearly were not.

Hannah Evans should have not been called when she was on the inside of a rebound.

Raine Roy should have not got the call on a clean swipe at the basketball. Girls should not be flying out of bounds in obvious block attempts.

Both teams found frustration and at time, fury when the officiating crew failed to hold up their end on the court.

At the end of the game, Ava had defeated themselves by allowing open shooters chip away at their leads. In total, the Mansfield Lady Lions had seven from downtown, 15 inside and another 13 from the charity stripe for the 64-56 victory over the Lady Bears.

Jada Henry and Haley Tripp each scored 18 points, Tripp with four three-point shots. Three in the first half alone. The third one was in the final moments of the first half as the two teams had a shootout.

Hannah Evans also came up with 18, but those open shooters sunk the Lady Bears with 14 points in the fourth.

Jada Henry’s three pointer in the second quarter tied things up at 27. That was answered quickly by the Lady Bears with a three-pointer from Emaly Keyes, who also hit threes thrice in the first half.

It was Tripp’s long shot that put the Lions ahead before things balanced at 32 points apiece.

A jump ball kept things alive for Ava, but a turnover on the Lady Bears’ end of the court turned into a turnover on the other end and came back as multiple shots were taken. Keyes was in the right spot and shot it up and into the hoop for two points called good by the officials.

At the break Ava had the lead even though they were out-scored 17-15 in the second.

Two runs had put the Lady Bears on top, 19-15, in the first with Hannah Evans lighting up the Mansfield defense while Keyes shocked them twice from the arc.

However, the lead came with a cost as Fossett and Evans both teetered at the brink of trouble with three fouls apiece before the half.

Olivia Gastineau was in on the offensive with two assists to Evans in the early minutes of the game. Later a momentum shift could have occurred when she received the alley-oop from Keyes for two early in the fourth.

The wave broke too early as the Lady Bears tried to keep pace in the 18-12 quarter.

Even with Little working for 15 points and shooting a .875 from the line for seven in Thursday’s game, it wasn’t enough to allow Ava to overcome a six-point deficit the Lady Bears found themselves in during the middle of the fourth.

Outgunned with threes from Megan Langley and Tripp the Lady Bears struggled at the hoop with long-shot attempts beaming off the steel and into a Mansfield defender’s hands on the rebound.

At one point in the second half, the Lady Bears found themselves down ten points as coach Nathan Houk showed frustration from the bench.

In two consecutive losses the Lady Bears have given up leads and now march on with a .667 winning percentage sitting at a 6-3 record.

At this point in the season, the Lady Bears have hit the net for 470 points with Hannah Evans leading at 132. Olivia Gastineau seconds Evans with 92 of her own as a freshman starter.

Claire Fossett has 78 points but sharpshooter Emaly Keyes leads in three-pointers with 12 this season on top of another 11 from Evans.

Collectively the Lady Bears are shooting a .627 from the stripe making 79 of 126 free-throw attempts while fouls have given up a total of 78 free points to opposing teams.

Leading from the line is Evans with a .771 followed by Fossett and Little with a .667.

Most points allowed in a single game went to the Lady Lions with the 64-point victory on Thursday.

One statistic that jumps off the paper is the change in free-throw points allowed. Before the game against Forsyth and then Mansfield, the Lady Bears had kept fouls on the floor and kept the charity to less than ten through six games at a 6-1 record.

But 16 points were given to Forsyth on Tuesday and another 13 on Wednesday. Not necessarily the root cause of any losses but those are extra points given up, nonetheless. 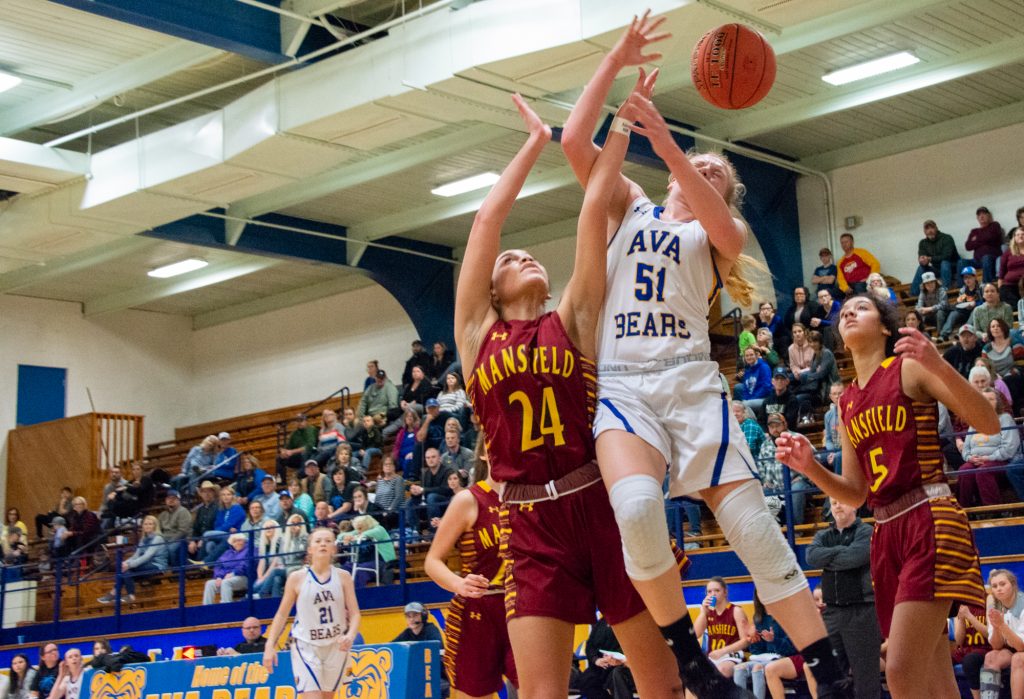 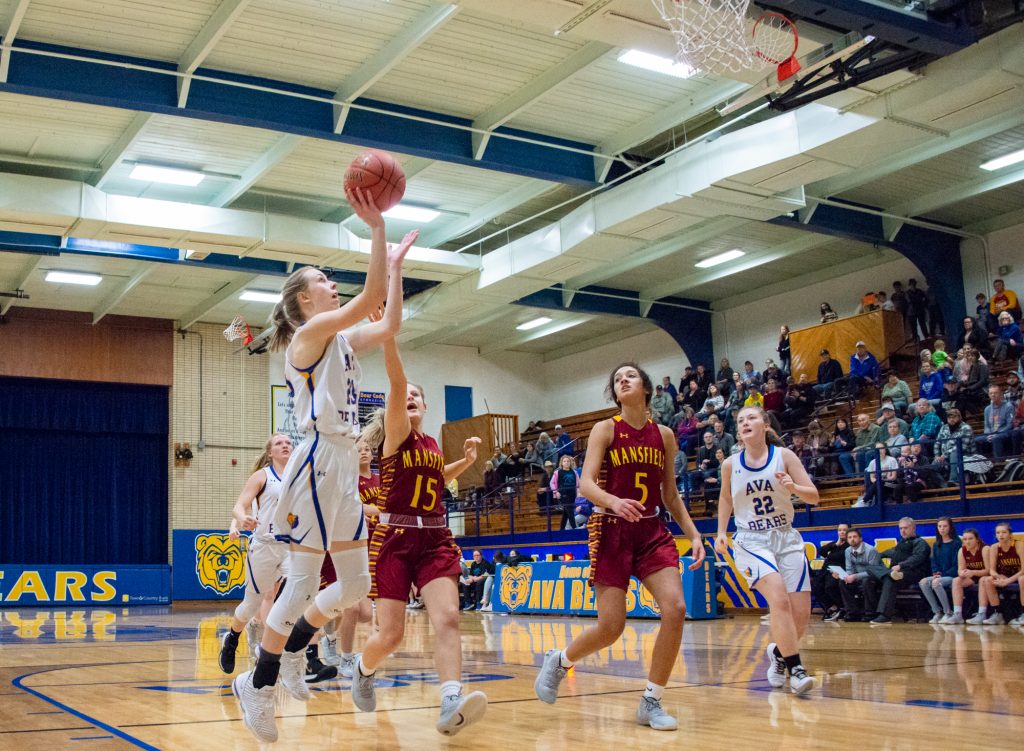