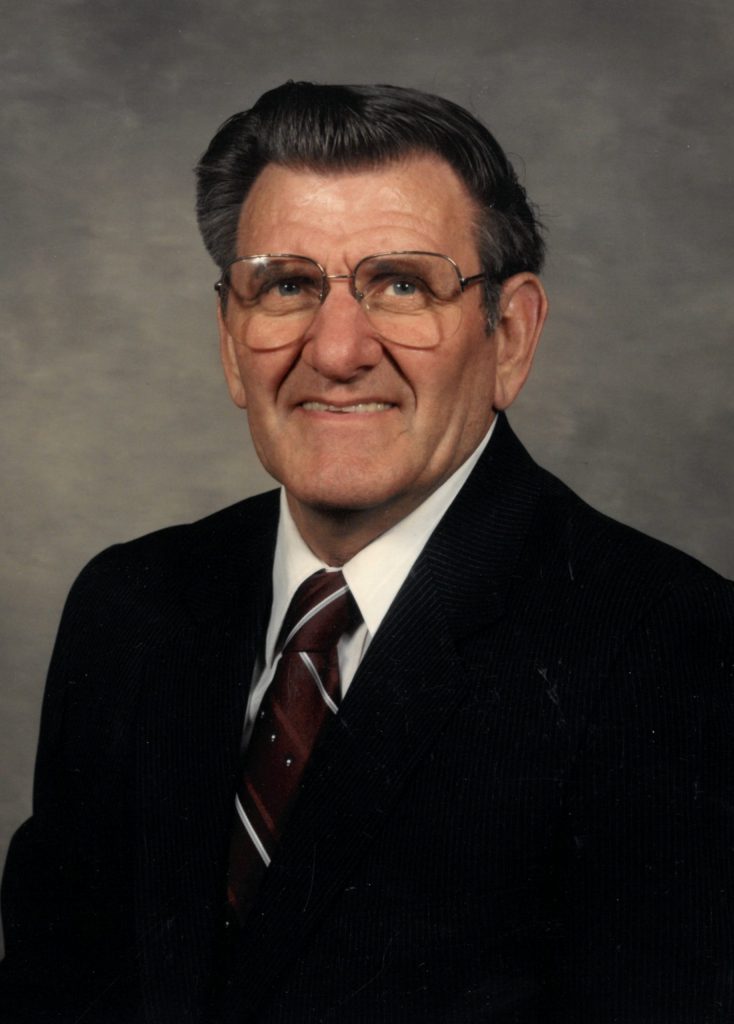 Walter Presley “Pete” Mullens,  of Douglass, Kansas, son of the late John Robert and Lizzie Adeline (Hutchens) Mullens, was born October 1, 1927, in Goree, Texas, and passed away January 1, 2020, in Derby, Kansas, at the age of 92.

Pete served in the United States Air Force from November 14, 1946, to November 30, 1949.  He moved to Wichita, Kansas, in 1951 and met the love of his life, Bonna Brixey.  They were married October 7, 1955, in Wichita.  Three children were born to this union, Gregory Russell, Beverly LuAnne, and Donna Carol.

Pete worked for Steffens Dairy for 42 years.  After retirement, he went to work for Garnett Auto Parts.

Pete and Bonna loved to travel.  They were able to visit every contiguous state in the United States together.  They also greatly enjoyed coming back to the Denlow community for school reunions.

Pete enjoyed mowing yards, whether it was his yard or one of his kid’s or grandkid’s yards. He also served as the family bus, transporting grandkids to school, church, and other functions.  He always arrived early, so those being transported learned quickly to be ready several minutes ahead of time. Pete never met a stranger.  He was able to start a conversation with everyone he met.  Pete had a quiet and special way of serving those in his life, whether it was family, friends, or neighbors.  He will be greatly missed by all who knew and loved him.

Besides his parents, Pete was preceded in death by his loving wife of 64 years, Bonna Mullens, on June 30, 2019, three brothers, two sisters, one grandchild, and one great-grandchild.