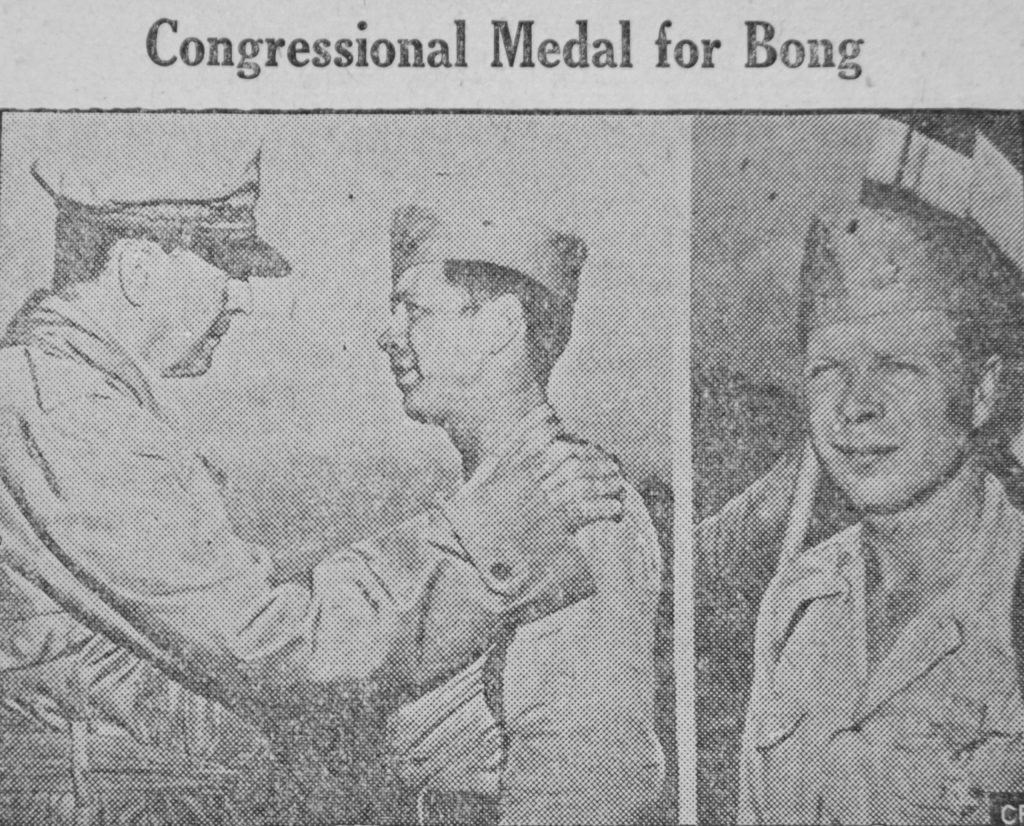 LEYTE Airfield, Philippine Islands – Soundphoto – General Douglas MacArthur awards the Congressional Medal of Honor to Major Richard I. Bong of Poplar, Wisconsin, whose score of forty enemy planes destroyed in combat tops American fighters the world over. Photo at right shows Major Bong with the Congressional Medal of Honor, which he has just received from the hands of General MacArthur. Herald Archives