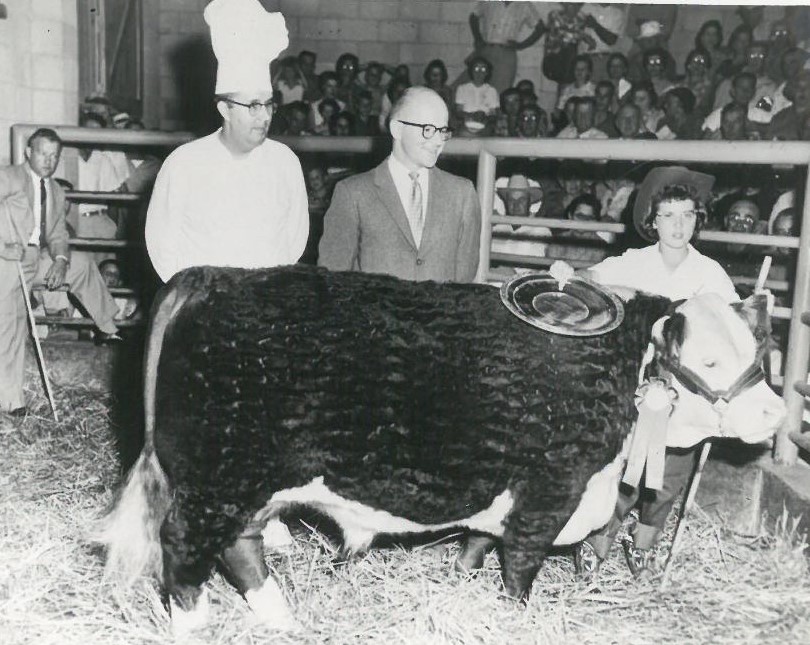 MT. VERNON, Mo. – Old pictures of champion cattle can teach a lot about cattle selection according to Eldon Cole, a livestock specialist with University of Missouri Extension.

Cole was recently looking through old MU Extension annual reports for Lawrence County when he ran across the two pictures. They were both taken at the 1959 Joplin Beef Show. The Hereford was the champion steer and the Angus was the reserve champion. Both were shown by Lawrence County 4-H members. 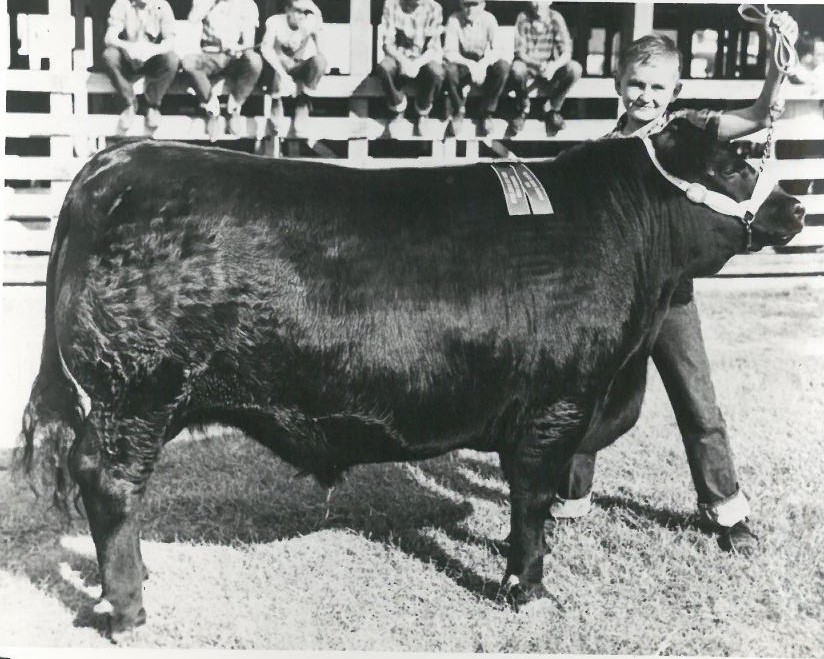 “The photos are a good example of the kind of cattle being bred and raised 60 years ago. The selection of breeding stock was largely subjective. Breeders used the visual appraisal to determine the keepers and the culls,” said Cole.

The use of objective tools like a scale was used by only a few forward thinkers, says Cole. They weighed calves at weaning to determine the most consistent, productive cows in their herds.

Finished steers, like the Hereford and Angus, fit the desired type of beef animal needed to meet the “baby beef” market of the ‘50s.

Cole says those cattle were thick and deep, and the thicker and deeper they were, the better.

“Those cattle were also developed to lay down an abundance of fat. They didn’t have carcass results at the Joplin show, but these steers likely had an excess of one inch, maybe even close to two inches of fat over the ribeye,” said Cole.

The decade of the ‘60s and ‘70s saw the adoption of performance testing in many herds as objective measurements such as weaning weight, frame size, carcass measurements like ribeye, fat and marbling were adopted. Breed associations came on-board with programs to help gather objective performance data in a more standardized fashion.

“Extension specialists have led the way in helping cattle producers gather objective data and put it in an an understandable form to all segments of the beef business,” said Cole.

Since the early ‘80s, steer feedout programs have been used to compare actual performance in a feedlot and on-the-rail carcass comparison.

The 2019 Angus steer’s impressive objective data earlier this year showed a daily feedlot gain of 4.4 pounds, carcass weight of 942 lbs. likely about the same as the live weight of the 50’s steers, a 13.1 square inch ribeye, Choice carcass grade and a net profit of $78.

“The most recent addition to the objective selection aids is DNA or genomic evaluation. It is based on blood, hair or tissue samples,” said Cole.

The genomic sample can be obtained from birth so it increases the accuracy of the EPD. The results essentially gives a performance prediction equal to a bull’s first calf crop on many traits.

“It’s interesting to think about what innovations the future holds for beef cattle selection. What will the cattle of the future look like? How will we use objective selection criteria? Some might even say, are you sure beef cattle will be around 60 years from now,” said Cole.

As they say, time will tell.