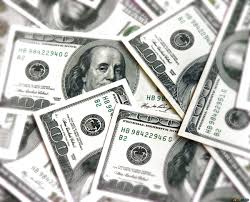 Christy Thompson, of Hardenville, was appointed to serve as the Ozark County Treasurer.