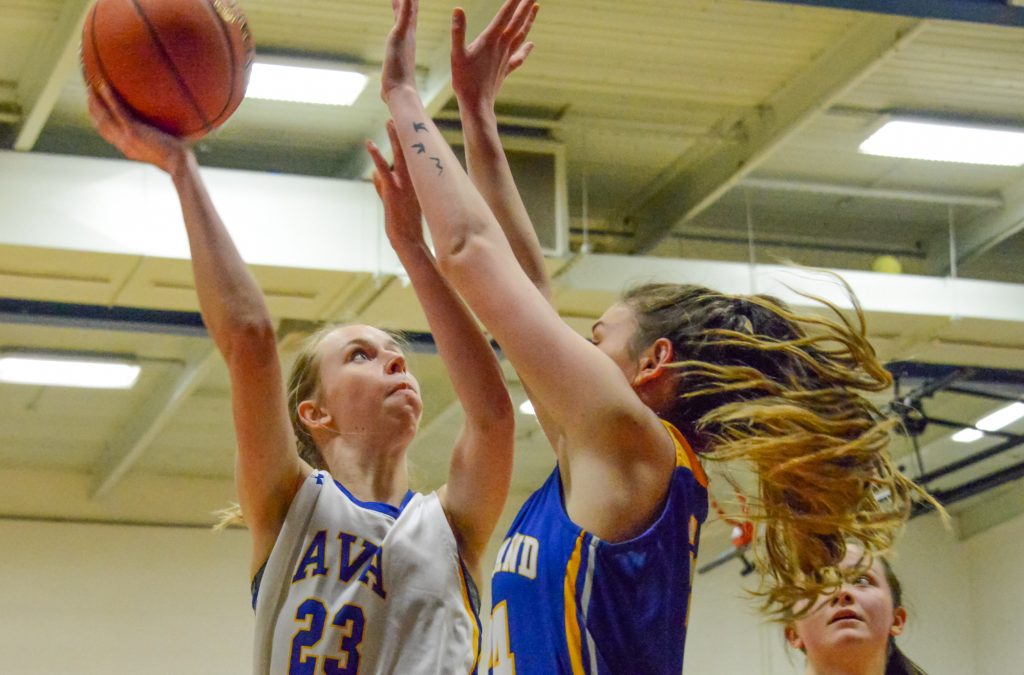 Around this time last year, the Lady Bears were returning from a road game against last Thursday’s rival, the Fordland Lady Eagles. In December of 2018 the Lady Eagles managed to get by the Lady Bears, 66-60, handing Ava their second loss of the season as well as breaking five-win streak.

Abi Southard Sophie Sparks were two players which brought the tough game against the Lady Bears last year. Sparks has since moved on, but Southard was still a tangible threat.

Southard ran the paint for 12 points last year and forced the then Ava defense to manager her in close while shutting Sparks down outside.

The thorn in the Lady Bears’ paw last year was neither of those two girls. Instead it was a sneak-up attack from Emily Whiteford who struck late for 11 points.

This year, however, Southard was all that was left of a triple-offensive threat Fordland had last year.

Even alone, she still put up 15 on the Lady Bears this past week and found a way to be valuable inside and out.

Running the zone against the Lady Eagles proved valuable in last Thursday’s game as the Lady Bears were able to hold the opponent to single digits in three of the four quarters played.

Rebounds were plenty as Lady Eagles struggled to box out while depending on offensive ringer Abi Southard who made just two shots inside for four points, Fordland’s first quarter score.

That pressure held through the end of the first half with the Lady Bears holding things down on the paint. Scoring opened slightly with Gracie Trotter and Kayleena Lucas finding success for one bucket each and Mahalia Burks drew a foul from Baylan Alexander for two freebies.

Southard made one bucket and drew a foul from Sam Keyes but left the frame open as the half ended, 20-12.

The same defense which kept Fordland out in the first also allowed a six-point surge for the Lady Eagles who didn’t put any fresh points on the board until 4:55 was left in the half when Burks shot two.

The pressure came back out in the second half even as the Lady Bears allowed a seven-point run in the third. A big part of that was from Southard, who shifted from inside to trying her luck at the arc where she hit three for nine points in the third.

In the fourth only one bucket scored, Fordland drawing fouls for the other four points.

While the Lady Bear defense held the court by keeping Fordland off the board – except in the third – the offense was putting up double digits in three quarters of Thursday’s game.

In the first the Lady Bears went on a run of eight right out of the box, leading 8-0 until Southard finally got the ball in the hoop. Both teams went into a lull in the second with Ava scoring just seven to Fordland’s eight in the only quarter where the Lady Eagles beat the Lady Bears.

“They were playing a zone and at times it was hard to attack,” said coach Nathan Houk. “We finally got moving, started cutting and moving a little bit more within that zone. Olivia got to the basket and a free throw line. Then we were able to get it to Hannah and Claire inside. Hannah had a really good game finishing shots and shot the ball fairly well from the free throw line.

In last Tuesday’s game, Evans was dangerous inside and out of the arc with 23 game points.

Following the break, the Lady Bears came back out and made a dash of seven points until they were hung up on their 31st game point while the Lady Eagles answered with a run of seven.

Even with Southard shooting nine of her team’s 15 in the third with three step-back three-pointers, the debt created in the first half was too much to pay going into the end of the game.

The Lady Bears went on three big runs through the game. First was a run of eight where they all but shut-out the Fordland offense. In the low scoring second neither team broke free. A big third for Ava with a run of seven was answered but in the fourth the Lady Bears broke loose once again on a stretch of eight points including a fast break by Olivia Gastineau.

In the end, the Ava defense was too much for the Lady Eagles who could not muster the breaks needed to get into the paint and score. As soon as Southard opened with her three pointers, the Lady Bear one-on-one coverage made sure to close her back down.

During this game the Lady Bears did find themselves in some foul trouble. Claire Fossett gave up four personal fouls with only two on the shot or in bonus.

It was in the second which players started to rack up the whistles for the team, pushing Ava to eight in the first and second halves. In total the Lady Bears gave up nine points as the Lady Eagles shot 90-percent from the line through nine trips.

Meanwhile the Lady Eagles were also giving up fouls, equaling the Lady Bears with 16 total. The Lady Bears also made nine trips to the charity stripe for nine points, but shot only 60-percent, missing out on six.

Fouls forced a rotation in the second with starters sitting until after the break. Even then, Fordland was held to eight points, but did win the second quarter.

“We got in a little bit of foul trouble in the first half,” said Houk. “I had some kids out there that were good defenders, but not necessarily good penetrators. We’re going to work on that a little bit, recognizing what the defense has given us. So, we got kind of stagnant. But we were able to use our defense (later) to go on a few runs and score some easy baskets. That got us going offensively and we start cutting and moving and more on the offensive end.” 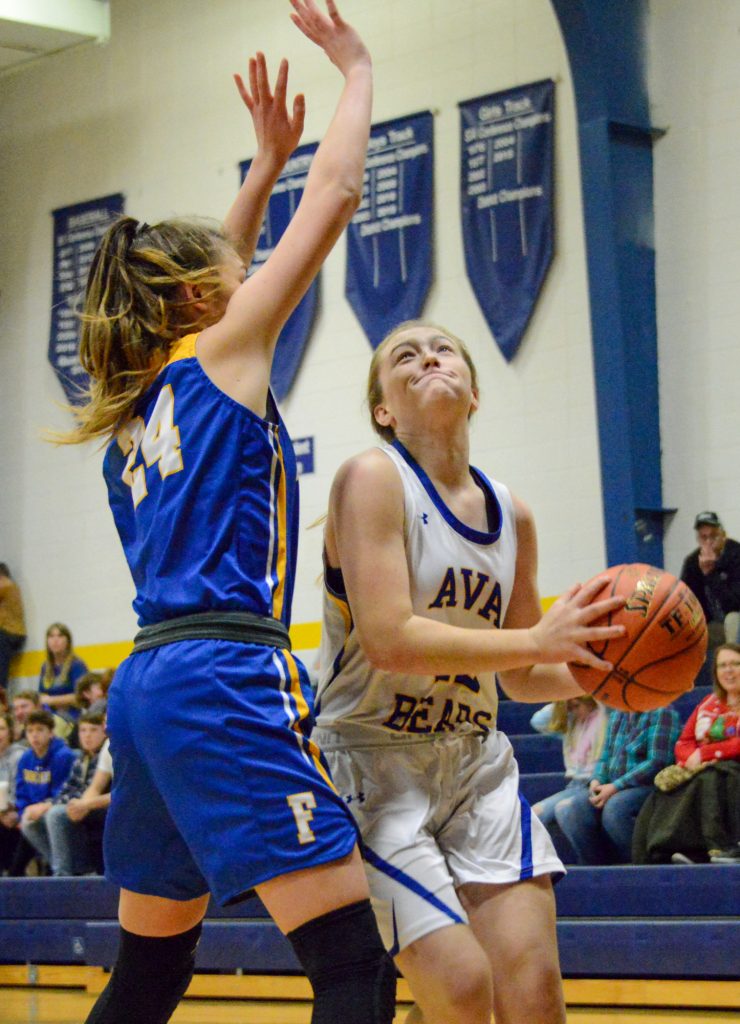 Ava High School freshman Olivia Gastineau (22) eyes the bucket as she pushed through the lane past Fordland defender Kenzie Benson during a game Thursday, December 19, 2019, in Ava, Missouri. (Jason Hoekema/Herald)