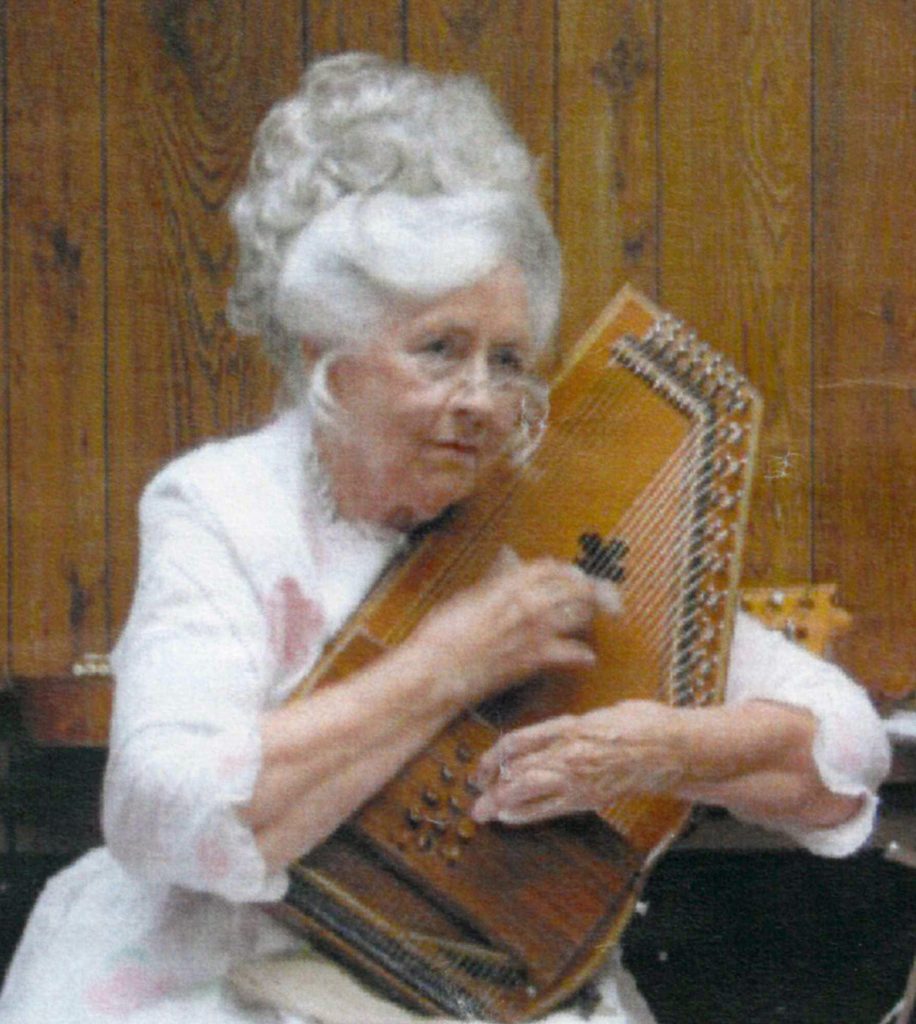 Wilma L. Fish, the daughter of Logan N. and Ella Mae Burch Naugle, was born on March 14, 1928 at Romance, Missouri, and passed away on December 12, 2019 at Mercy Hospital in Springfield, Missouri at the age of 91.

Wilma was a musician, a dollmaker, a retired funeral director and a member of the Church of Christ. Some highlights of her life were making dried apple head dolls in her doll shop “Wilma’s Apple Dolls” for fifty years and playing folk music on her antique musical instruments, traveling and performing at various places with Charles and her folk music bands, “The Family From Romance” and “The Folk 4”.

Others preceding her in death, in addition to her husband, Charles, are her parents, one son, one daughter, one grandson, three sisters, one brother and one son-in-law.

Funeral services were held at 1:00 p.m. Tuesday, December 17, 2019 in the Clinkingbeard Funeral Home chapel, Gainesville, MO with E.J. Hampton officiating. Visitation was Monday evening, December 16, 2019 from 5:00 to 7:00 p.m. at the funeral home. Burial was in the Oak Grove Cemetery near Wasola, MO. Memorial contributions may be made to the Souder Church of Christ, 296 CR 134, Wasola, MO 65773. Arrangements are under the care and direction of Clinkingbeard Funeral Home, Gainesville, MO.