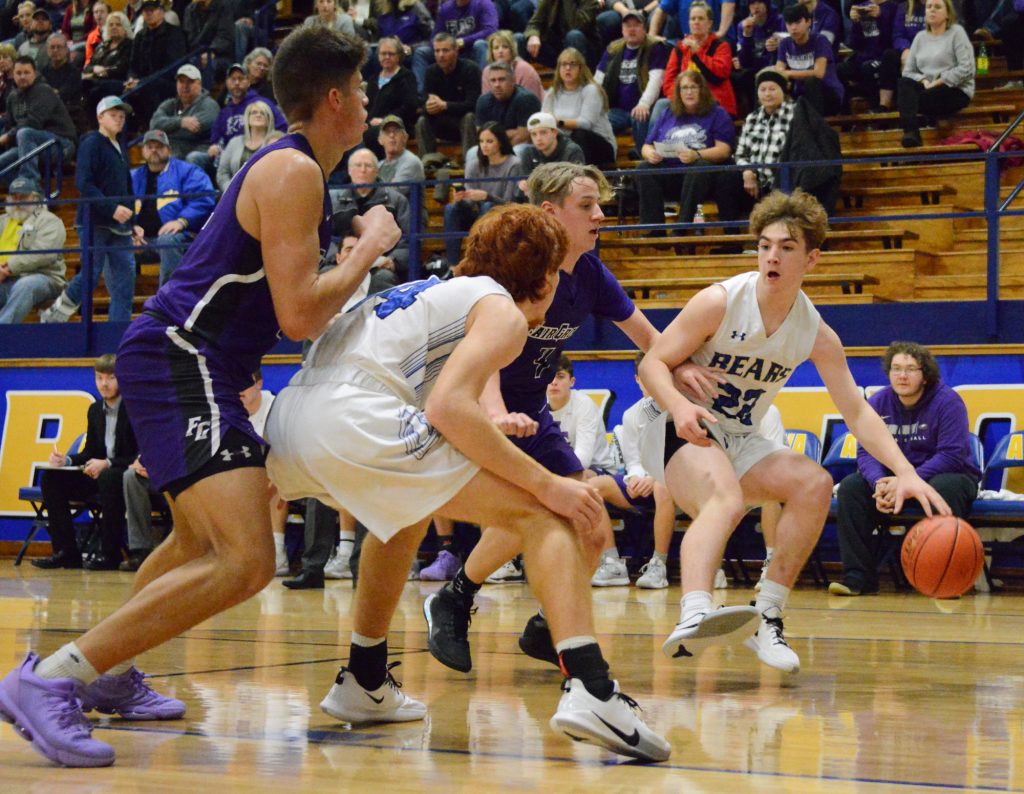 Ava High School's Blayne Mendel (22) tries to break into the lane as Zack Mendel works a block during a game against Fair Grove on Tuesday, December 17, 2019, in Ava, Missouri. (Jason Hoekema/Herald)

The Ava Bears took their first loss of the season to the Fair Grove Eagles, 57-49, at the home court opener Tuesday. With a lagging second half, the Bears were unable to hold on to the big first quarter where they made a run of 13 points.

Full court pressure and closing the lane to traffic was the game played by Ava in the first quarter. Holding the Eagles to 11 points while they shot four from inside plus long balls from Blake King and Blayne Mendel, it looked as if the Eagles had met their match by trailing 15-11.

Even in the second quarter the Eagles struggled to break the Bear defense and their frustration was growing with Dominick Hoskins getting the “T” for verbal misconduct. With only nine points to their name, the Bears again topped them and went into the break, 27-20.

Everything flip-flopped and the Bears were cooled while the Eagles got hot and rained threes up and over the Bears’ defense. Cole Gilpin shot four from outside in the second half for 12 points, part of the major comeback.

Offensive schemes opened the floor for Fair Grove shooters, chipping away and overcoming the Bears with each individual shot. In total the Eagles shot for 11 three-pointers in Tuesday’s game.

“They had a ton of length,” said Seiger. “They went from 6’2” to 6’5” across the board., and even the (relief) that came in had length as well. We have not seen that to this point in this year.  We missed a lot of easy buckets in the second half, I think that was credit to their length just as much as was our inability to put the ball in the hole.”

The Bears kept fighting to get inside. Andrew Dalton found ways into the hoop with remarkable shots for ten points in the second half. He found himself on the floor several times, but just could not get the whistle to go in his favor.

Even with 16 twos from the Bear offense, it was no match for the 33 points made from the outside and the 14 given away at the stripe where the Eagles shot at .636 percent.

Ava wasn’t getting the whistles when they wanted, making just four trips to the line for five points shooting at .625 percent.

The fourth quarter was the death knell for the Bears as fouls racked up, many intentional. Even after Cole Gilpin fouled out in the fourth, Kaden Bruce followed right behind with 1:15 left in regulation.

The run of eight and ten free points put the final nail in it, Ava losing their first home game of the season with an 18-9 fourth quarter.

On defense the outlook changes dramatically. Ava held the Eagles to just four buckets from inside through four quarters. The only way for the Eagles to win was up and over the Bears’ defense.

Most teams are not stacked with as many long shooters as Fair Grove had, a positive look into the future as many teams have just one or two sharpshooters.

In the book scoring continues to occur across the book with scoring coming from eight different players. In the first, Dalton only put up six, two on the technical called against Fair Grove.

The top of the roster was awake with six from King and Jacob Gillies, then seven between Nate Swofford, Dalton and a long ball by Mendel before the break as Ava continues to flex their depth and ability to score across the bench.

The Bears fall to 4-1 this season with plenty of games ahead. Forsyth comes to town on Friday with six days of rest and a 6-1 season record. 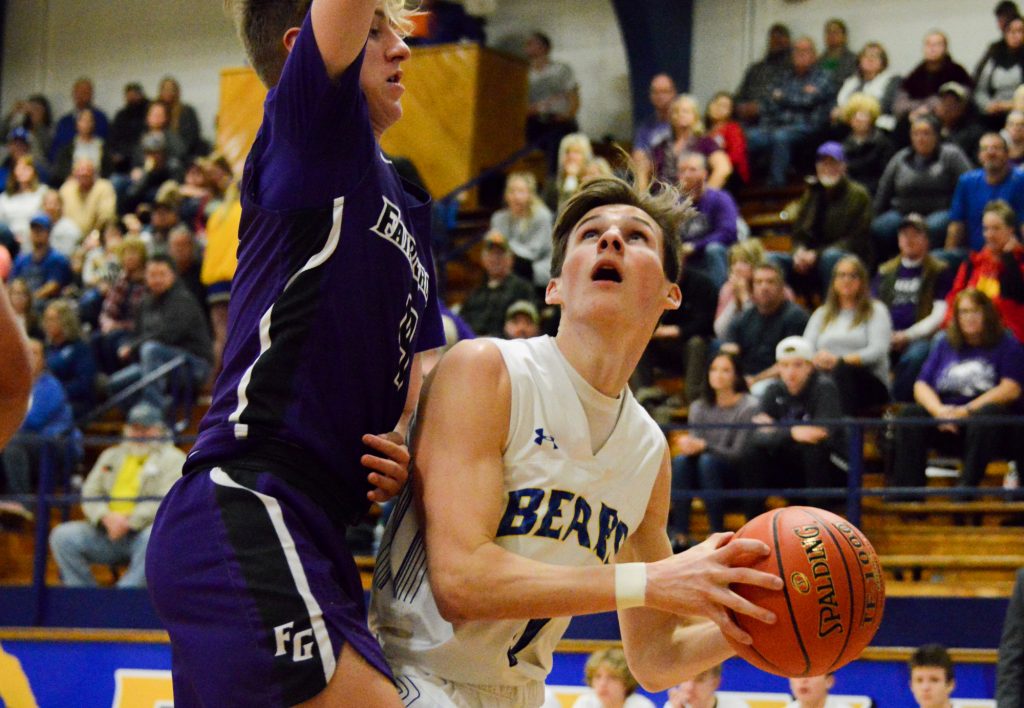 Ava High School’s Jacob Gillies (11) eyes the bucket before attempting a shot during a game against Fair Grove on Tuesday, December 17, 2019, in Ava, Missouri. (Jason Hoekema/Herald) 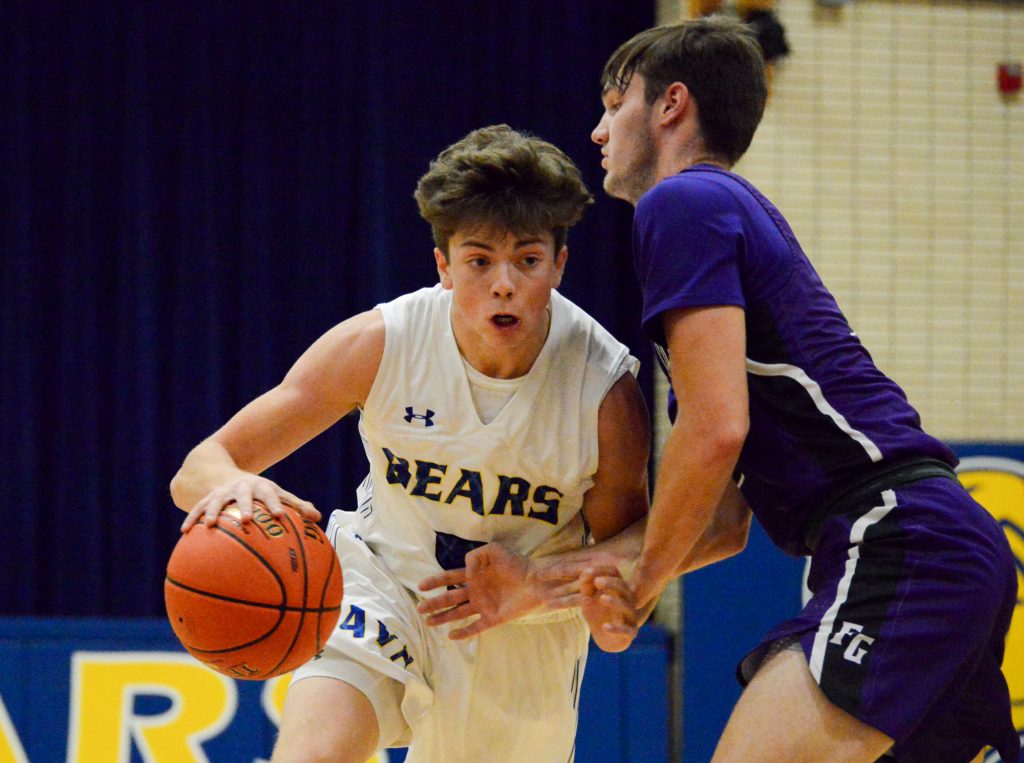 Ava High School’s Nate Swofford (5) makes contact with a Fair Grove defender as he tried to push into the paint during a game Tuesday, December 17, 2019, in Ava, Missouri. (Jason Hoekema/Herald) 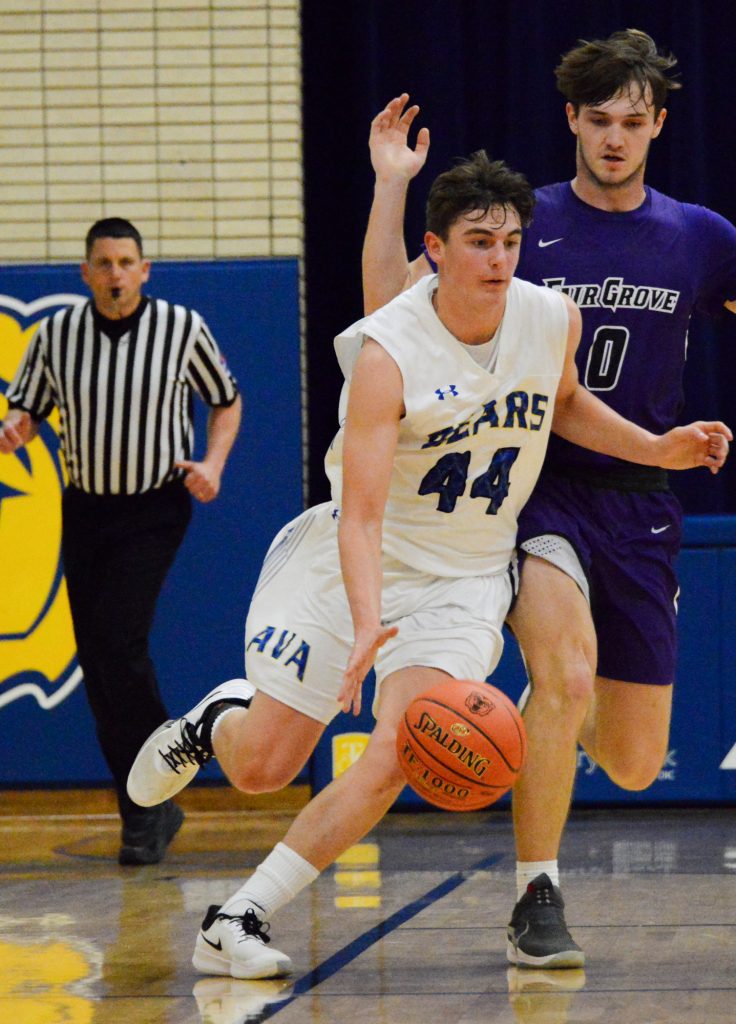