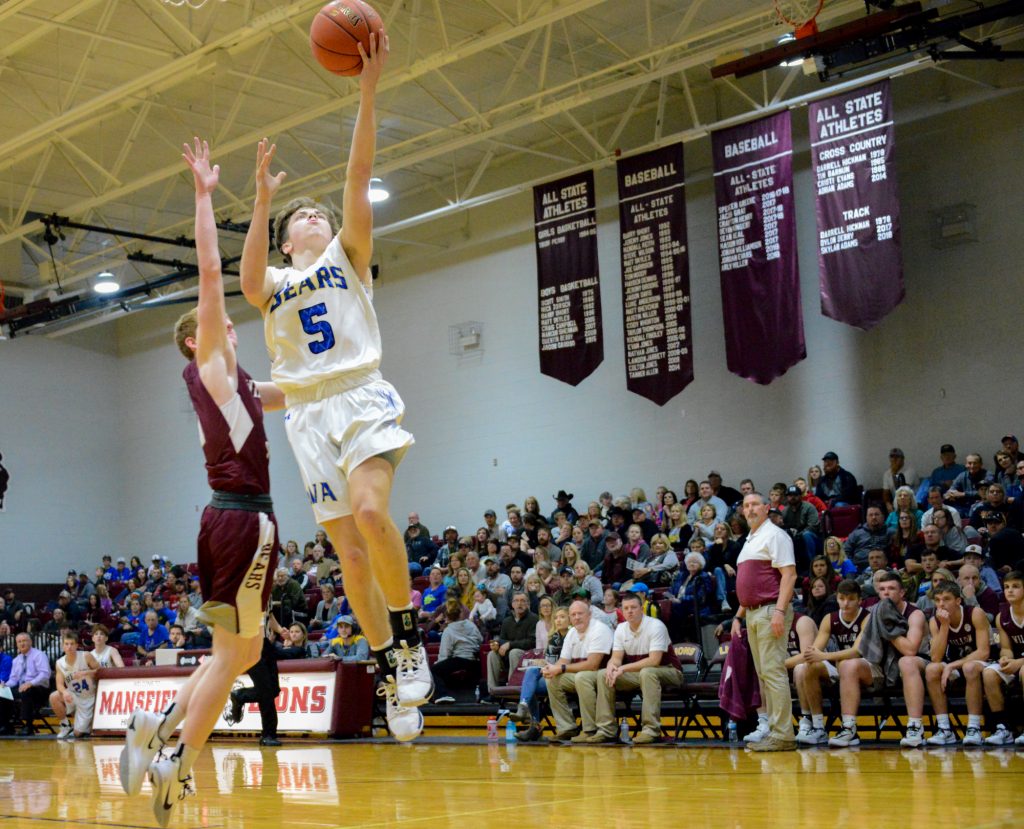 MANSFIELD – Remembering to the beginning of last week the Ava Bears topped the Norwood Pirates 64-34 tying them for first in the pool with the Conway Bears. Ava won that tie with a 52-42 win over Conway on Thursday as the 83rd Annual Mansfield Invitational Basketball Tournament continued gameplay to determine final-round seeding.

With that win, the Bears were set to face Willow Springs as SCA rivals vying for the same title.

Conway struck first with a three-pointer from Andrew Dame which kicked off a five-point shutout against Ava in the first minutes of the game. Andrew Dalton came up with two to break the run and start some scoring through the 12-8 first quarter, where Ava trailed.

At the half Ava continued to trail, 21-16, and with the two-to-three possession deficit they would have to change their tune returning from the break.

One of Conway’s greatest strengths in the first half was their ability to hit the net from outside. Out of their first quarter’s 12 points, six came from long balls from James Shockley and Dame.

Once the Ava defense got a bead on Dame, Colby Vavruska came out in the second with back-to-back threes scoring six of the nine points made by Conway. The Ava defense was shoring up and locked down the pain forcing outside shooting with another three from James Shockley.

On Ava’s end Jacob Gillies made a shot and picked up the and-one but left the third point open with a miss at the line. Kayden Bruce was able to drive in two as Dalton scored four.

Bruce came up in the second with a bucket and two freebies drawn from Conway’s Chase Caffey. That was the end of a quick run of six by Ava to catch up a bit on the board.

Ava had only fouled three times in the first half, partly by keeping shooters out of the lane and playing conservatively. Coming out of the locker room the team had a new tone as they opened the third quarter with a run of nine to pull the rug out from under Conway with a 19-5 third quarter.

“We just really needed a halftime adjustment to settle down,” said coach Damon Seiger on Thursday. We just need (to have) trust in the process and trust that the pieces of the puzzle will fall together.”

On defense Ava kept Vavruska in check while also maintaining the dominance they had developed in the paint and under the steel. Shockley was the only one to get one into the hoop in the third with a shot from about 15 feet out.

You know, anytime you anytime you go up against a nice player – probably the quickest player that we’ve played to this point – I think just getting a feel as the game progressed and as you get a little bit better understanding of what they can do and what they can’t do. I think that was the thing. I know he got away for a few points late, but there was a there was a stretch run there. We kind of put the clamps on him and we didn’t really let him go off and that’s when we saw our lead balloon because he was slowed down a little bit.”

On offense the Ava Bears started the half with a bucket from Dalton where he might have gotten away with a blown call, then going on and adding six more in the third. Kaden Bruce, who often plays the key or inside was able to set and shoot from outside for three, adding to the six from Dalton.

On the top end of the roster Blake King drew a foul and put in two from the line as well as a shot later in the quarter. Nate Swofford made an appearance for six points but missed an and-one opportunity on a foul by Ryder Berger.

With Ava turning around and scoring more in the third than the first half and holding Conway to five, the Conway team was all but deflated. As one Conway spectator shouted to their team, “They’re running the court on you! Defend!”

The opposing Bears got their act together in the fourth but were shy ten at the buzzer because of Ava’s big third quarter. Ava still took the fourth, but it was a contested quarter ending 17-16 for the Ava Bears as relievers got some time on the maple.

One of the issues sinking Conway in the end was giving up shooting fouls as Blake King, Swofford, and Gillies took a combined four trips to the line for seven points.

In the postgame interview coach Seiger explained that a big part of Ava’s nine team fouls in the second half not being costly was due to Conway’s continual attempts to shoot from outside while the Ava defense owned the paint.

“They (were) so perimeter oriented, they really didn’t pound it in a lot,” said Seiger. So, the opportunity to foul them on a lot of shots simply wasn’t there based on the way they play. They shot a lot of perimeter balls and obviously we better not be fouling on the perimeter. “Most of those shooting type fouls come when you let teams leak out in transition or they just pound it in.”

So the long-shots kept Conway off the stripe, which on the other hand, Ava took advantage of the whistle.

In the end the one-point difference in the fourth didn’t make up for the powerful third quarter Ava came up with. That and shooting fouls where the team shot a collective .846 from the line, added up for 11 points through two halves. 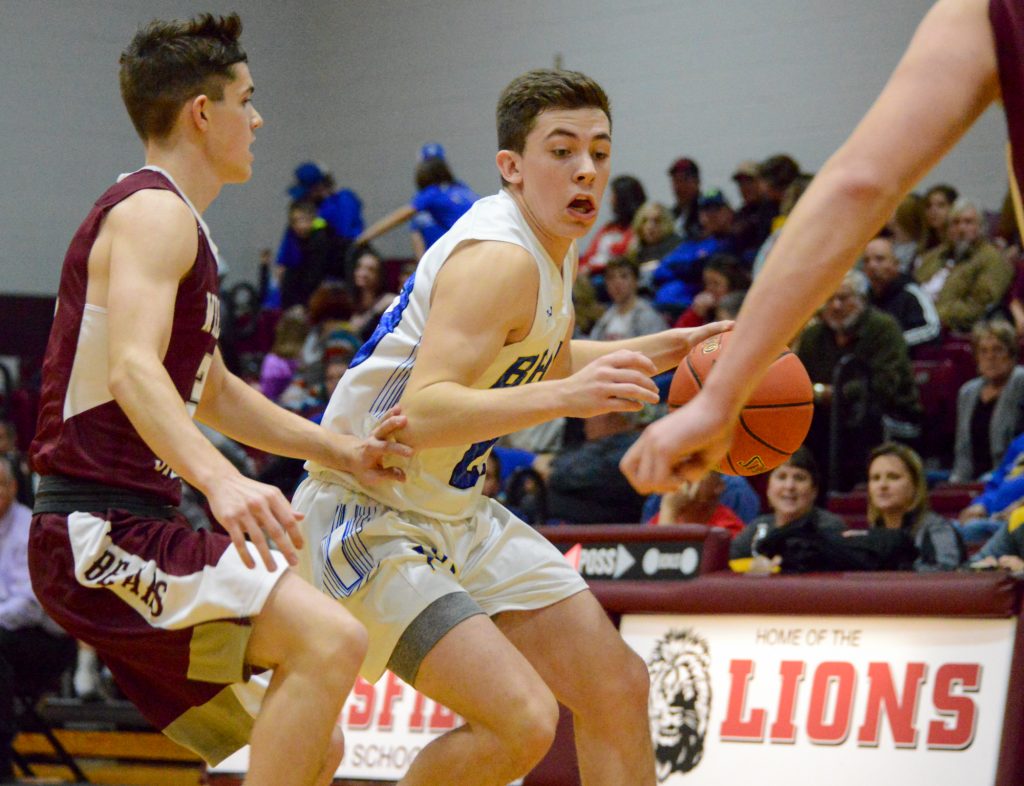