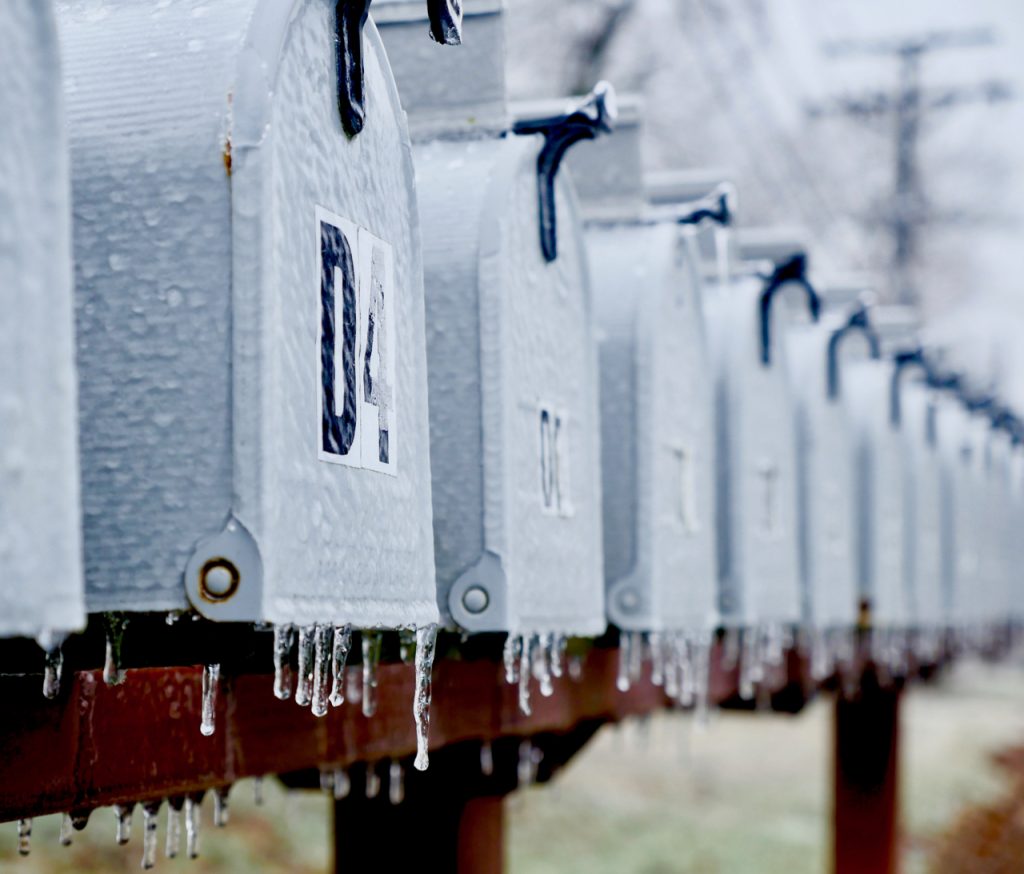 The weather outside certainly was frightful.

And most of Ava stayed home on Monday rather than venture out in it.

Rain gave way to sleet, then light hail, then freezing rain. Anything outdoors got a thin layer of ice, causing tree limbs and power lines to sag.

By noon, some trees were already giving in to the additional weight. Ava City workers were clearing a path on Garfield Avenue, where limbs from a large pine tree had fallen over the road. More limbs fell even as the crew worked.

Facebook was abuzz with road reports from around the region.

As evening came, wet roads turned icy and slick, which contributed to an ambulance rollover in the City of Ava (see accompanying story).

Tuesday’s forecast was for a dry day with temperatures just above freezing. Mid-morning found some sunshine making for some pleasant views, but temperatures weren’t yet warm enough to begin melting the ice. 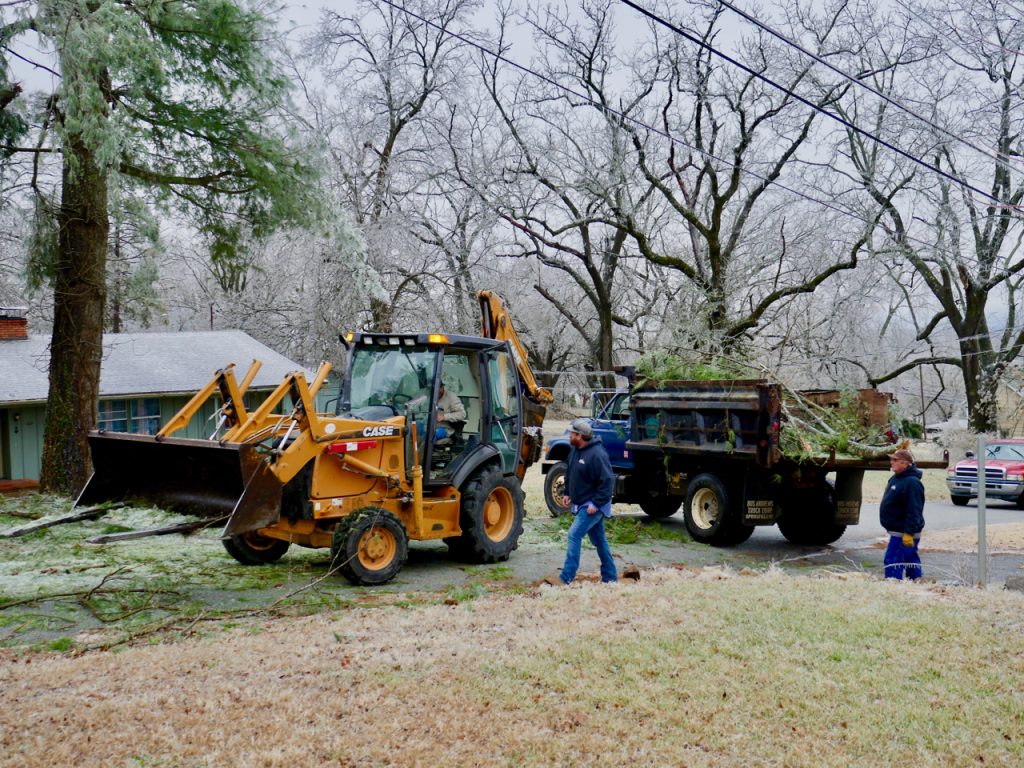 Michael Boyink/Herald
Limbs were still falling even as city workers cleared the road on Garfield Avenue on Monday, December 16th. 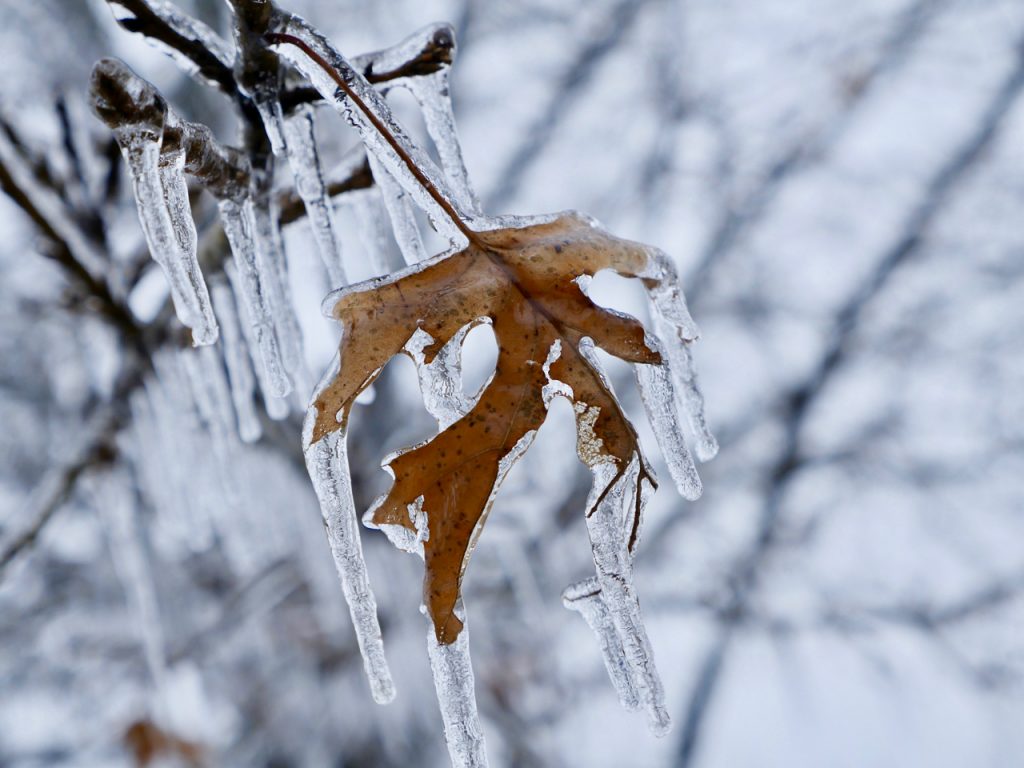 Michael Boyink/Herald
An ice-encrusted oak leaf still on the tree. 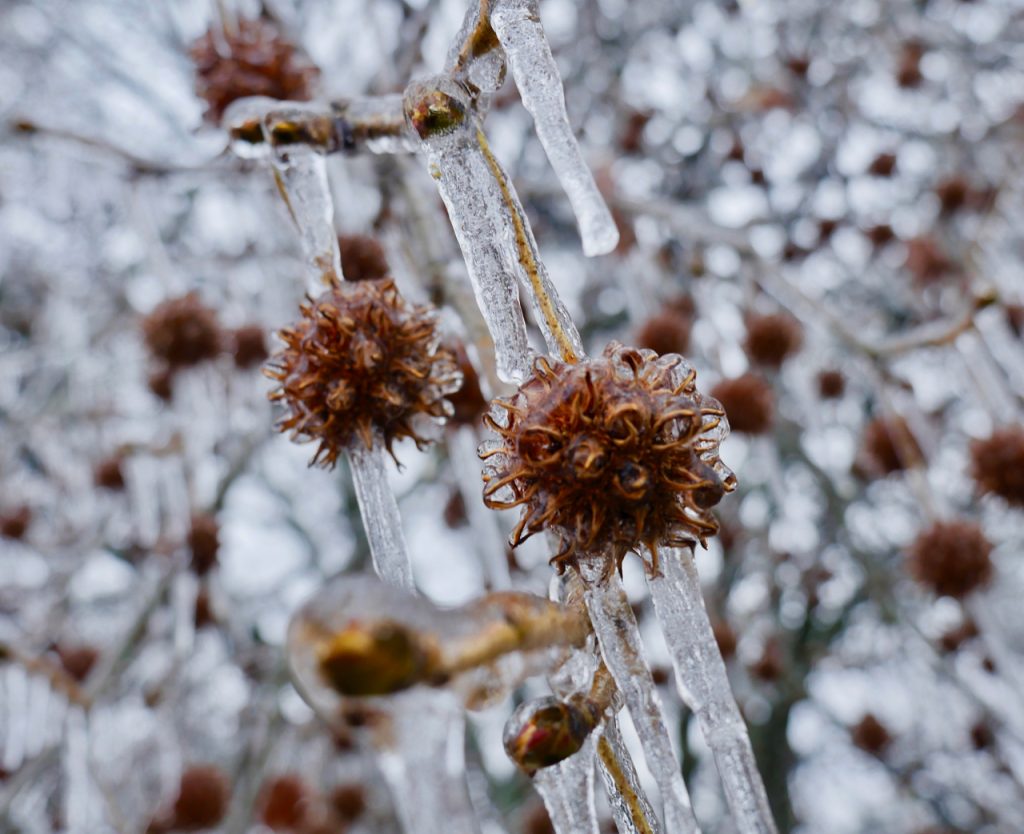 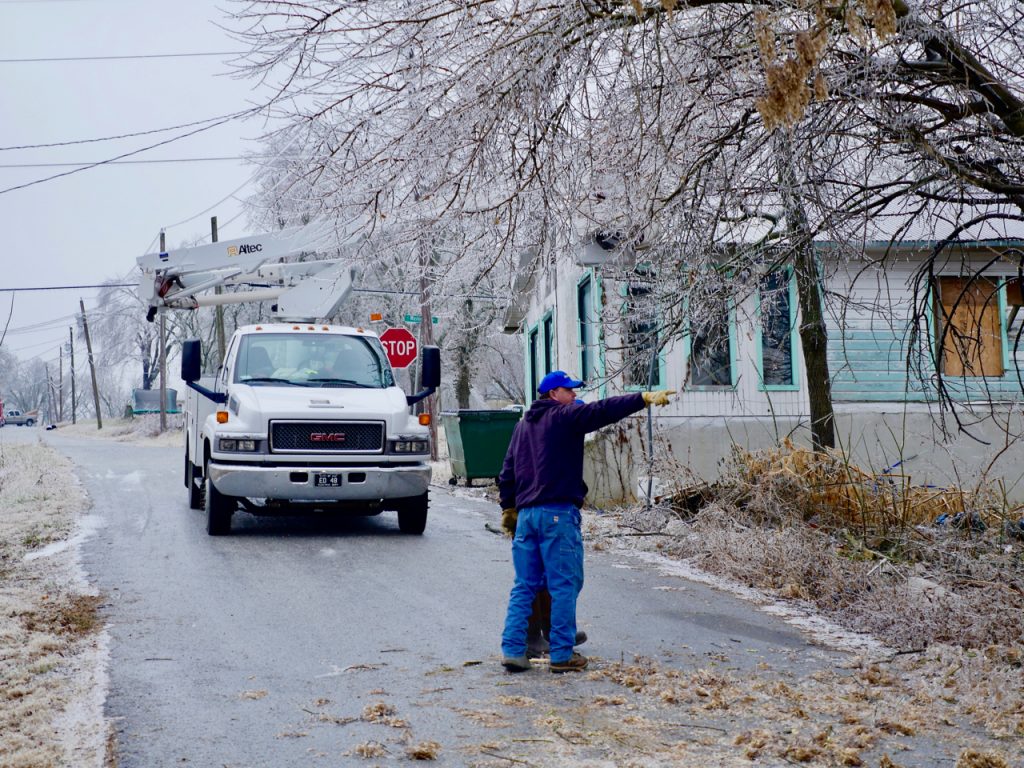 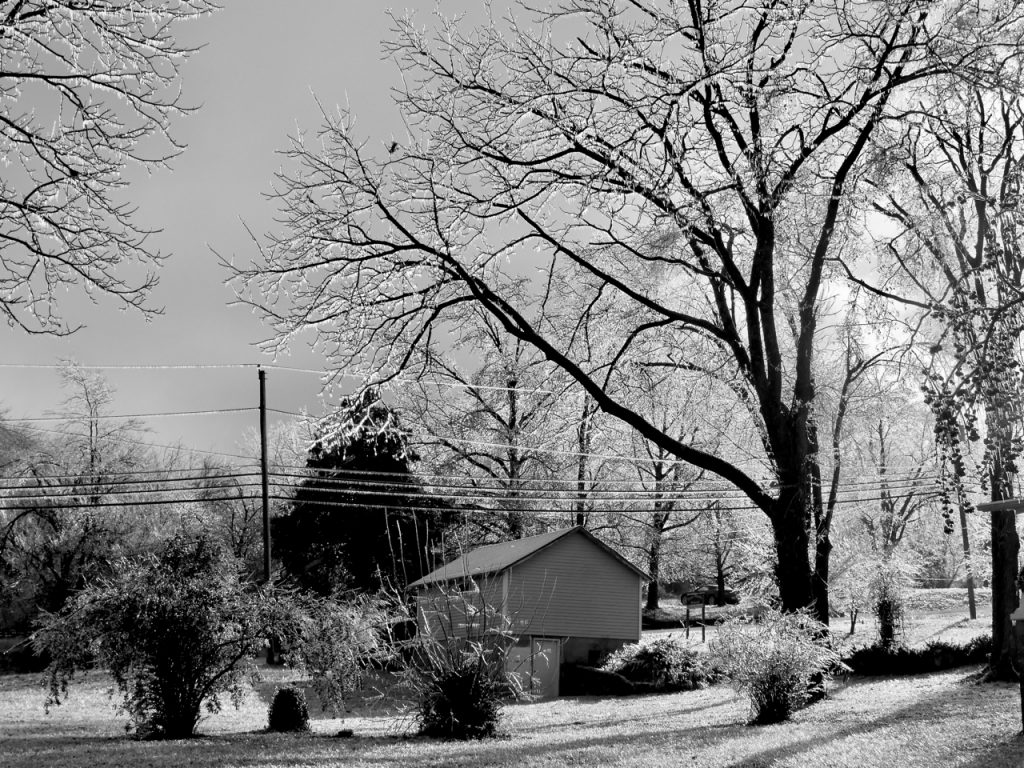 Michael Boyink/Herald
On Tuesday morning, some periodic sunshine could transform the most mundane scene into a icy magical winter wonderland.