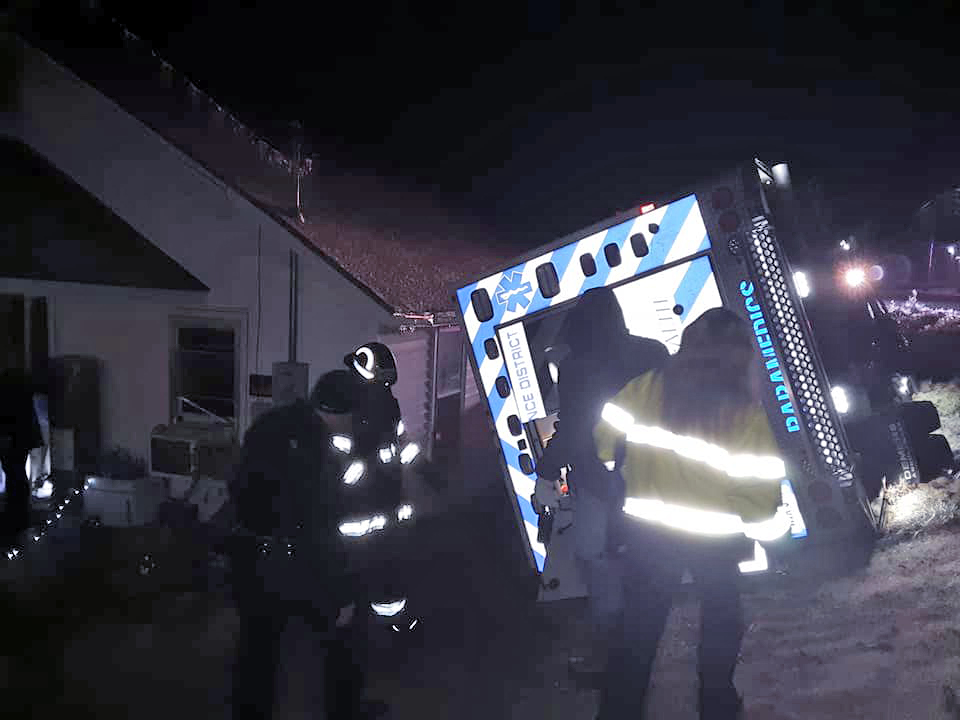 According to the Missouri State Highway Patrol report, the ambulance was turning right onto northbound Spring Street when it slid off the west side of the road and overturned, impacting the ground and a house.

The ambulance was transporting a patient, who was transferred to another Cox ambulance to Cox South in Springfield.

The Highway Patrol report lists the transported patient’s injuries as “moderate”, but it’s unclear if those injuries were sustained during the rollover or were pre-existing.