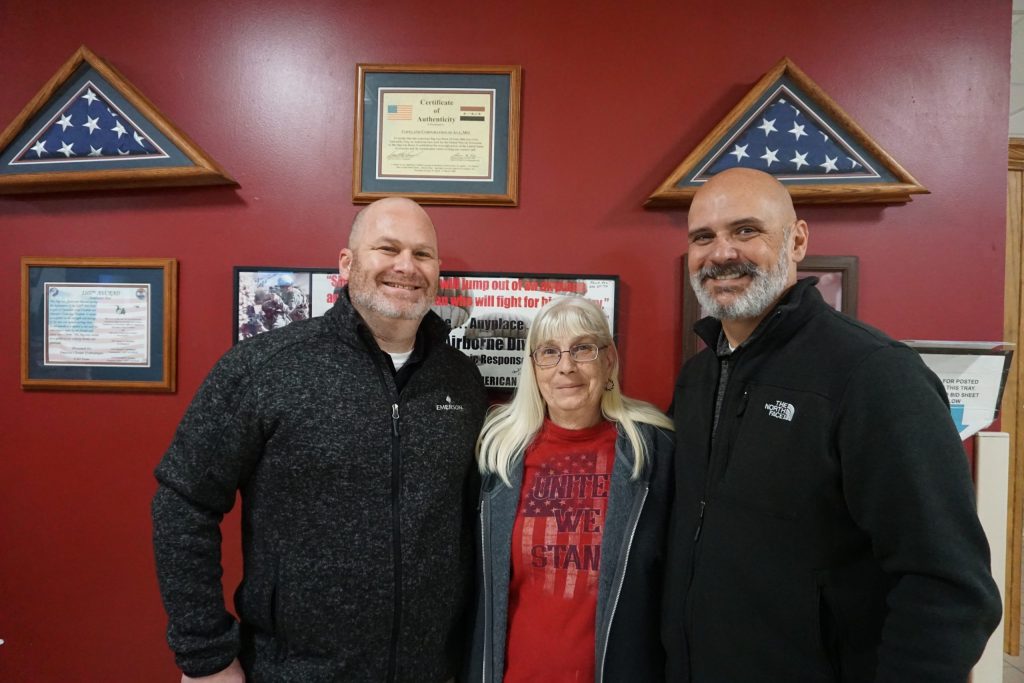 Shown are Don Hanger, Emerson HR Manager; Nancy Crain, retired Emerson employee who continues to organize the military gift-giving project each year at Christmas; and James Barnett, Plant Manager. The three are standing in front of one of the breakroom walls decorated with special memorabilia that has been received from servicemen and women who have sent a special poster, emblem or American flag to acknowledge receipt of a Christmas package. Ava’s third-grade classes, below, were instrumental in helping with the project by donating items. Herald photos

The Christmas season is a holiday that for most of us, fosters a strong sense of generosity and kindness of spirit.  It is a season of heartfelt giving, and for Ava Elementary third-graders and the local Emerson plant facility, that is still the case.

In the classic Christmas story, A Christmas Carol, Charles Dickens expresses, “For it is good to be children sometimes, and never better than at Christmas, when its mighty Founder was a child Himself.”

Christmas is a fun time for young kids as Santa Claus and the prospect of gifts under the Christmas tree bring excitement and mystery.

However, for a group of enthusiastic third-graders this year, Christmas is also a time of giving back and sharing holiday joy with others.  In partnership with the local Emerson plant, Ava’s third-graders were assisted by Nancy Crain, a retired Emerson employee, who for many years has continued to organize and facilitate Emerson’s commitment to support military personnel serving overseas.

Emerson ships these special Christmas packages to service men and women serving in Afghanistan, and Iraq.

Nancy was excited to talk about the outstanding response the third-grade students displayed, citing their heart and generosity in collecting items for the project.  She noted the kids filled six huge boxes for the project, and in turn, Emerson was able to mail 22 Christmas packages.

Most of the packages are sent to service men and women who have a connection to the local plant, or  have ties to Douglas County. Recipients are most generally a family member of an Emerson employee, a  former employee, or a friend of the community.

Plant Manager James Barnett and HR Manager Don Hanger noted Emerson is proud to partner with the kids, and to have the opportunity to ship special packages to military men and women, especially at Christmas.  Barnett said Emerson has organized and facilitated the gift-giving project for at least 15 – 20 years. 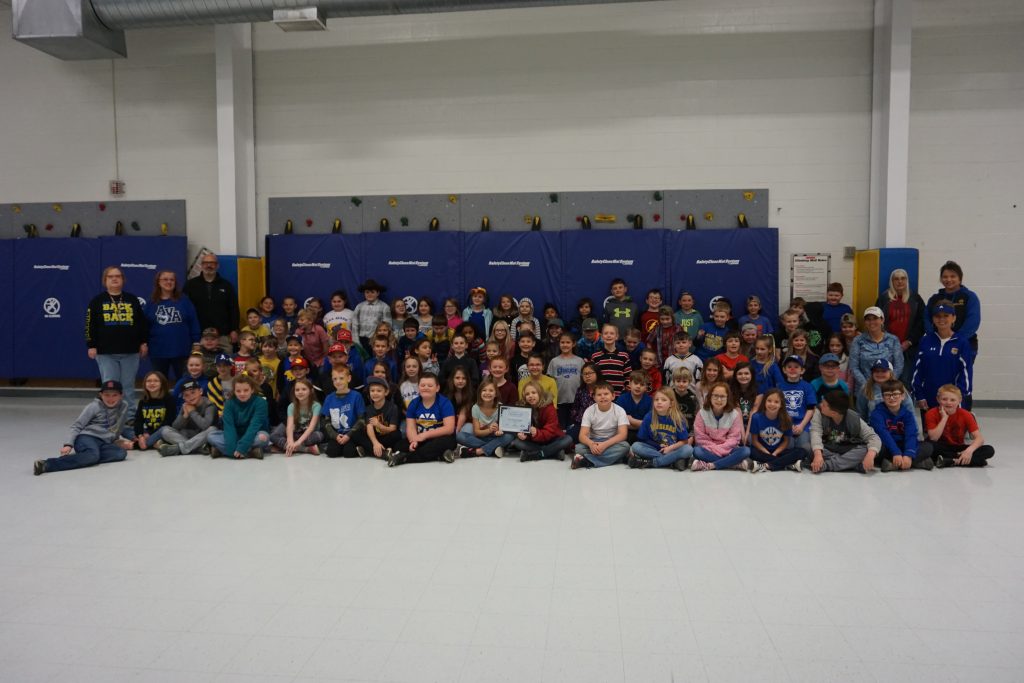 For Emerson, one of the highlights of the project is the response from military personnel.  Throughout the years, servicemen have responded to the kindhearted support by visiting the plant, or sending a ‘thank you’ in the form of a signed insignia poster or an American flag that has been flown in combat.  And each thank you is displayed in the facility’s breakroom.

One flag on display was flown during a combat mission on board a Blackhawk helicopter.  This thank you is from Bravo Company Black Knights, Iraq.

Another thank you is from the 1107th TASMG FT-20 Aviation Sustainment Maintenance Group.

A poster expressing thanks was signed by officers from The 82nd Airborne Division, and offers a quote from Gen. James M. Gavin that states, “Show me a man who will jump out of an airplane, and I’ll show you a man who will fight for his country.”

The wall is also filled with special certificates of appreciation, and framed military emblems saying thank you to the Emerson plant.

During this season, it is fitting that a brightly-decorated Christmas tree sits near the breakroom wall decorated with the thank you flags and emblems.  It is a reminder to all – young and old, military or civilian – that the Christmas spirit is alive and well.  And, how thankful we are to the military for defending our many freedoms. 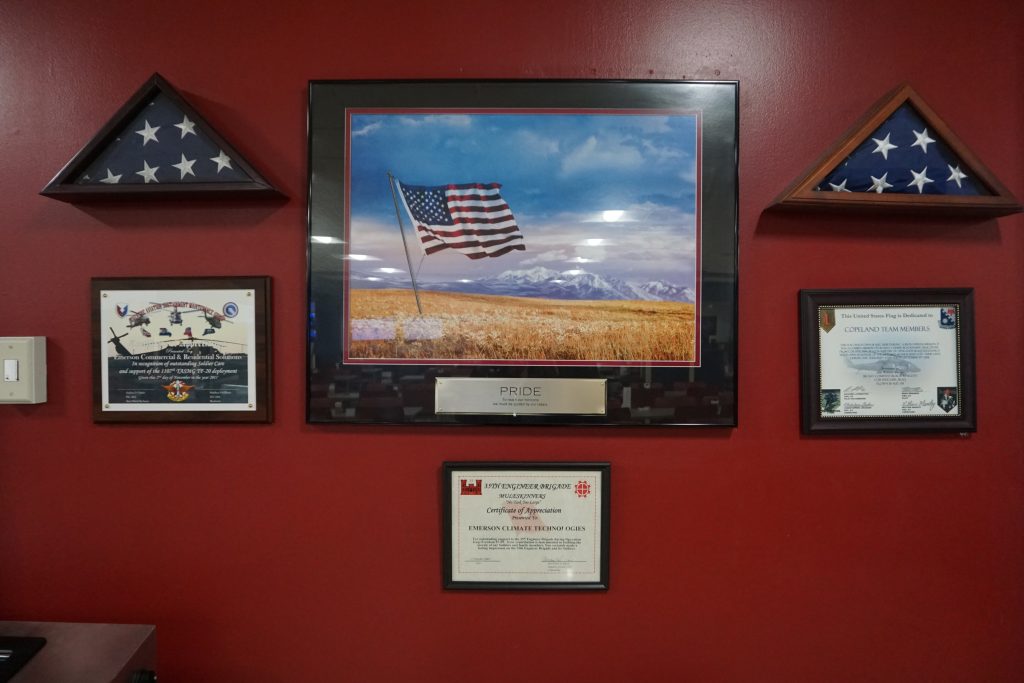 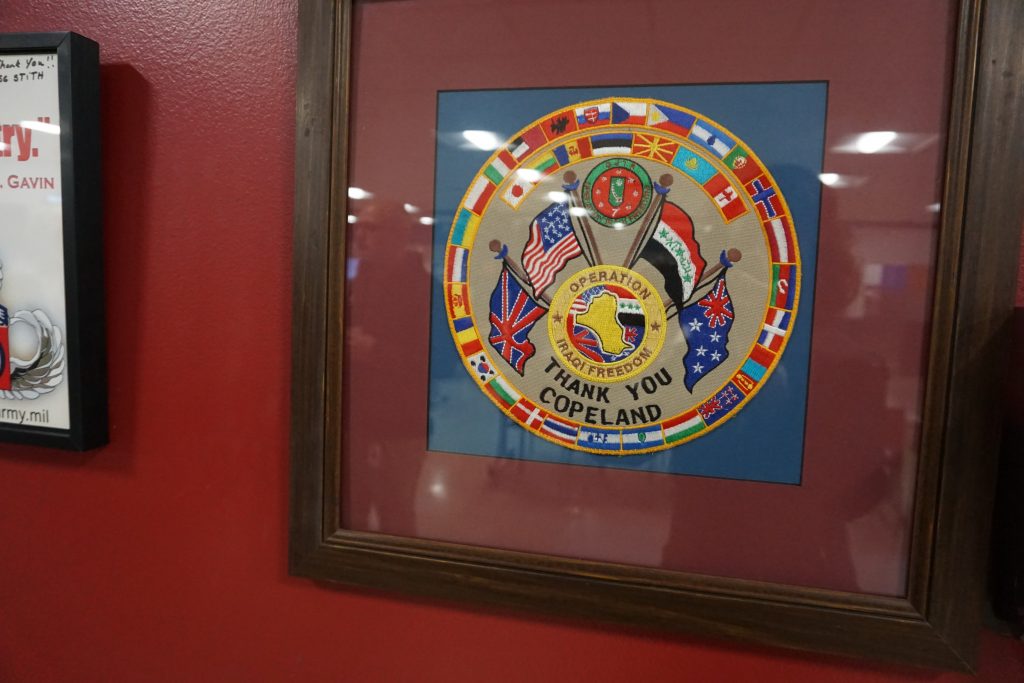 Some items displayed at Emerson include the flags and certificates, an Operation Iraqi Freedom emblem saying thanks; and a poster from The 82nd Airborne Division autographed by officers and soldiers. All items are an expression of thanks. 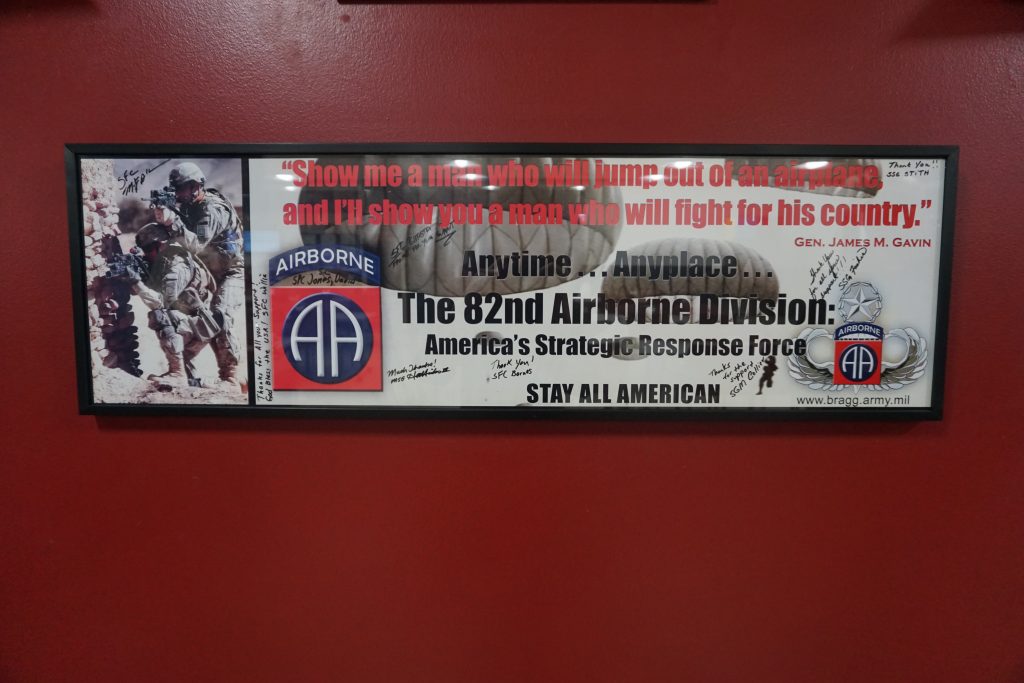 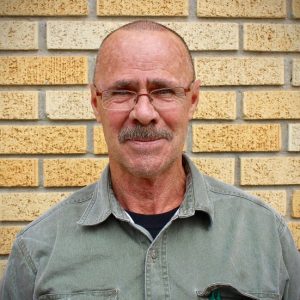 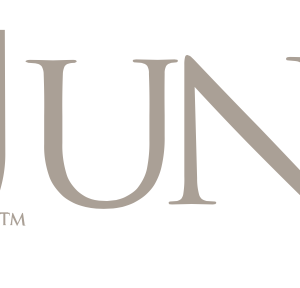 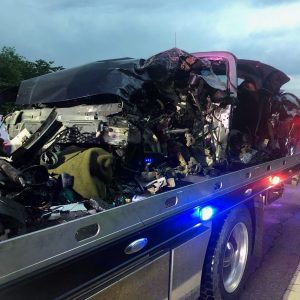 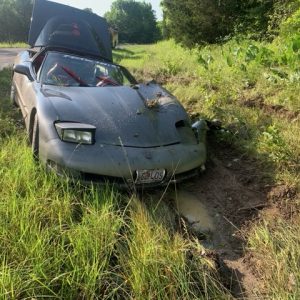