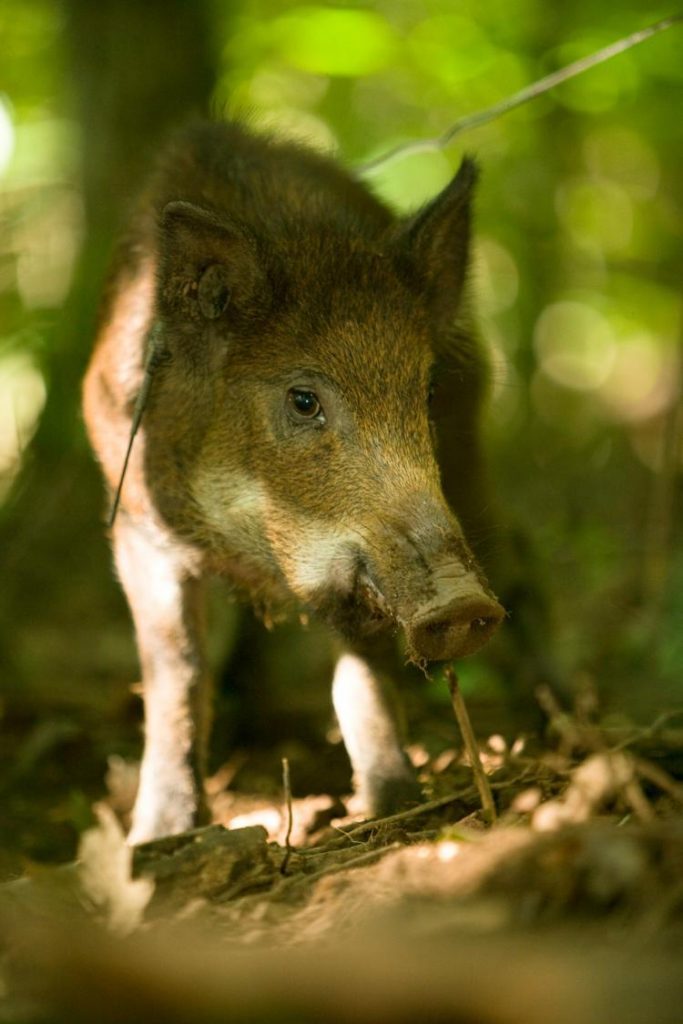 The Missouri Feral Hog Elimination Partnership has developed an operational plan that will provide additional staff and resources on private and public land around MNTF to help with the fight against feral hogs. Photo courtesy MDC

“We appreciate the public’s involvement and interest in their public lands. The comments we received helped us determine the need to modify the closure order,” said Mark Twain Deputy Forest Supervisor Tony Crump. “As a land management agency, we take input seriously so we can most effectively manage public lands for the good of the resources, our partners, and the American people.”

The forest order aligns the Mark Twain National Forest with its partners and neighbors in the statewide efforts to eliminate feral swine from Missouri. This is a crucial step in meeting the goals of the interagency Missouri Feral Hog Elimination Partnership, which also includes USDA Animal Plant and Health Inspection Service and Missouri Department of Conservation.

Members of the public were invited to participate in the public involvement period by submitting written comments and attending two open houses. The Forest Service received and reviewed over 1,200 comments during the 60-day comment period to determine if the proposal should be implemented as presented, implemented with modifications suggested by public comments, or not implemented at all.

The Forest Service is committed to working with the state and partners to eliminate the growing population of feral swine and to ease the financial burden the destructive animals cause farmers and landowners. Across the United States, feral swine are responsible for more than $1.5 billion in damage and control costs, including $800 million due to direct damage to agriculture. Feral swine also destroy natural resources such as springs and compete with native wildlife. For more information about USDA efforts to curtail feral swine impacts across the nation, visit: https://www.aphis.usda.gov/aphis/ourfocus/wildlifedamage/operational-activities/feral-swine