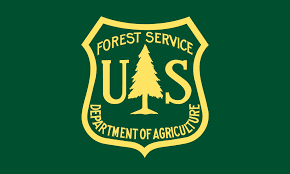 “I am very proud of all our employees for their service in managing this public land; and I am thankful to all the partners that helped us meet our restoration objectives,” stated Deputy Forest Supervisor Tony Crump.

The MTNF completed the eighth year of the ten-year Missouri Pine-Oak Woodland Collaborative Forest Landscape Restoration (CFLR) Project. This past year, in the CFLR area, employees achieved almost 15,000 acres of prescribed burning, restored 1,880 acres through timber harvest, and completed over 600 acres of non-native invasive species (NNIS) treatments.  Also in 2019, MTNF employees began fieldwork on a large pine-thinning project in the southern half of the forest to proactively protect the area from insect infestation and tree diseases.

Active land management on MTNF continued throughout the whole year, last winter a Regional Timber Strike Team was used to aid in marking timber in the southern reaches of the forest.  Wildland firefighters also worked diligently last winter to prepare units for prescribed burning across the forest. This ‘prep’ work positioned employees to effectively utilize prescribed burn windows in the early spring to meet restoration objectives.

To cover large areas of ground, prescribed fire and timber sales are tools that prove tremendously effective in the active management of this 1.5 million acre forest.  The MTNF Fire program safely accomplished 55,709 acres of prescribed burning operations in Fiscal Year 2019 (FY19). Firefighters with MTNF also responded to 57 wildfires this past year—preventing catastrophic wildfires by catching fires quickly and keeping the total below 5,000 acres burned across the forest for the year.

Wildfires, burning hot-and-fast, in fuel-heavy woods are definitely not good for forest health.  Altogether, 69,622 acres were treated across the forest to reduce fuel buildup, which in turn reduced the risk of catastrophic wildfire in and around MTNF.  Twelve cooperative agreements with adjacent landowners, called Wyden Agreements, were utilized to support the prescribed fire program of work in FY19.  By reducing exposure and increasing the reach of our restoration efforts on private lands, this cooperative work improved forest and community wildland fire safety.

Timber contracts, which serve as a key tool for restoration on MTNF, had an added economic benefit in FY19 of 114,000 ccf (1 ccf = 100 cubic feet) sold to support wood-product industries in Missouri.  The restoration work also includes mechanisms to help fund MTNF recreation programs; and the recreation economy tied to Mark Twain National Forest supports communities as well.   Approximately $300 million dollars each year of Missouri’s economy, and more than 2,000 jobs in the state, spring from the recreation and wood-product economies associated with Mark Twain National Forest.

Those numbers pale in comparison to the incalculable benefits of restoring Missouri’s national forests to a healthy state, which: prevents millions of dollars in potential wildfire damages; promotes access to forest lands for the public to enjoy; supports the conservation of Missouri’s native flora and fauna for generations to come; and provides vital economic support to the Ozarks.

Work on MTNF also contributed to the USDA Forest Service’s Eastern Region, which consists of more than 12 million acres spread across 14 national forests and one national tallgrass prairie in the East and Midwest.  The Eastern Region reduced the buildup of hazardous fuels on over 237,000 acres of forest lands this season, making it the most successful year on record. This amount includes nearly 40,000 acres completed by states through the State Fire Assistance program. Most of these treatments focused on reducing wildfire risk where communities meet the forest.

The reduction of hazardous fuel is a critical step in reducing the risk of wildfire and improving forest health. Healthy forests are better at storing and slowly releasing some of the highest-quality surface water in the country, which millions of Americans rely on.

“With a commitment to shared stewardship, we will continue to work with our partners across boundaries to improve forest health throughout the region,” said Robert Lueckel, Acting Regional Forester.

To build on this success in 2020, the Eastern Region is currently accepting applications for the Cohesive Fire Strategy grant program with grants ranging from $25,000 -$150,000. In 2019, the region awarded $2 million in wildfire risk reduction grants, benefiting 16 states.