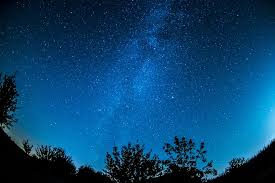 Knowing when to look for the potential meteor storm is extremely important.

AccuWeather Global Weather Center – Nov. 19 – This is not your typical meteor shower. On Thursday night, stargazers may get to see several meteors per second during a rare event known as a meteor storm.

There is a chance that the upcoming alpha Monocerotid meteor shower could turn into an all-out meteor storm on the night of Nov. 21, according to Esko Lyytinen and Peter Jenniskens, two meteor scientists who have been studying the meteor shower.

It is not a guarantee that such an event will unfold, but Lyytinen and Jenniskens say that there is a “good chance” that this will bring the first alpha Monocerotids meteor storm since 1995, when it produced rates of around 400 meteors per hour.

Knowing when to look for the potential meteor storm is extremely important.

“Unlike most meteor outbursts which last for several hours, strong activity from the alpha Monocertids is over within an hour and easily missed,” the American Meteor Society (AMS) explained on its website.

The outburst is forecast to reach its climax around 11:50 p.m. EST on Nov. 21, according to the AMS.

Onlookers should start looking for shooting stars around 11 p.m. EST and continue looking through midnight for the best chance to see the potential meteor storm. If you are not outside during this window, you may miss the celestial light show entirely.