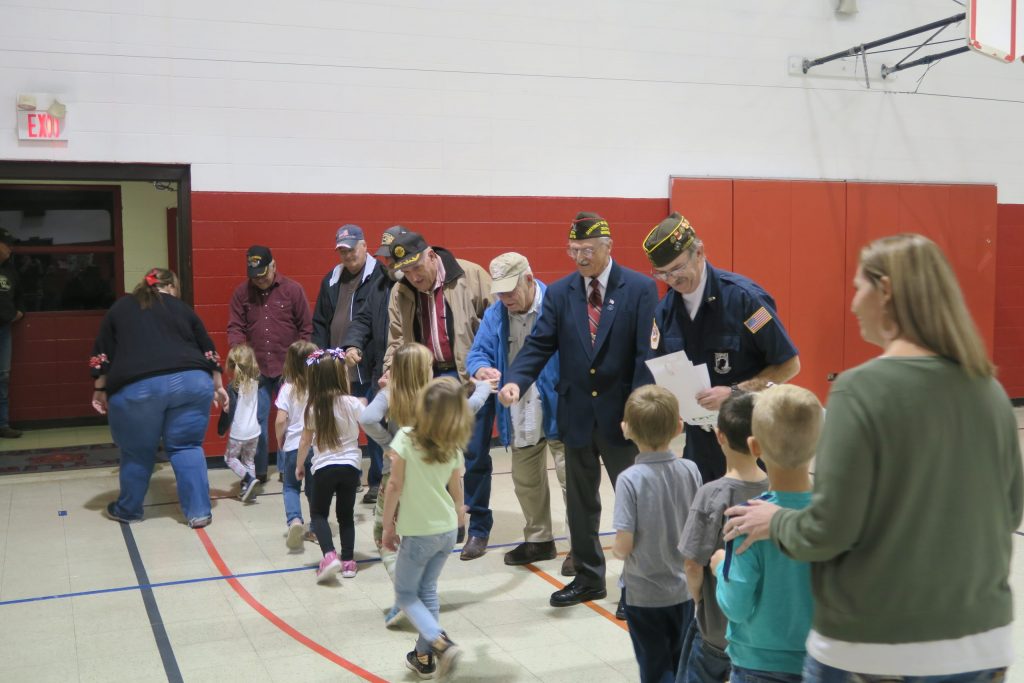 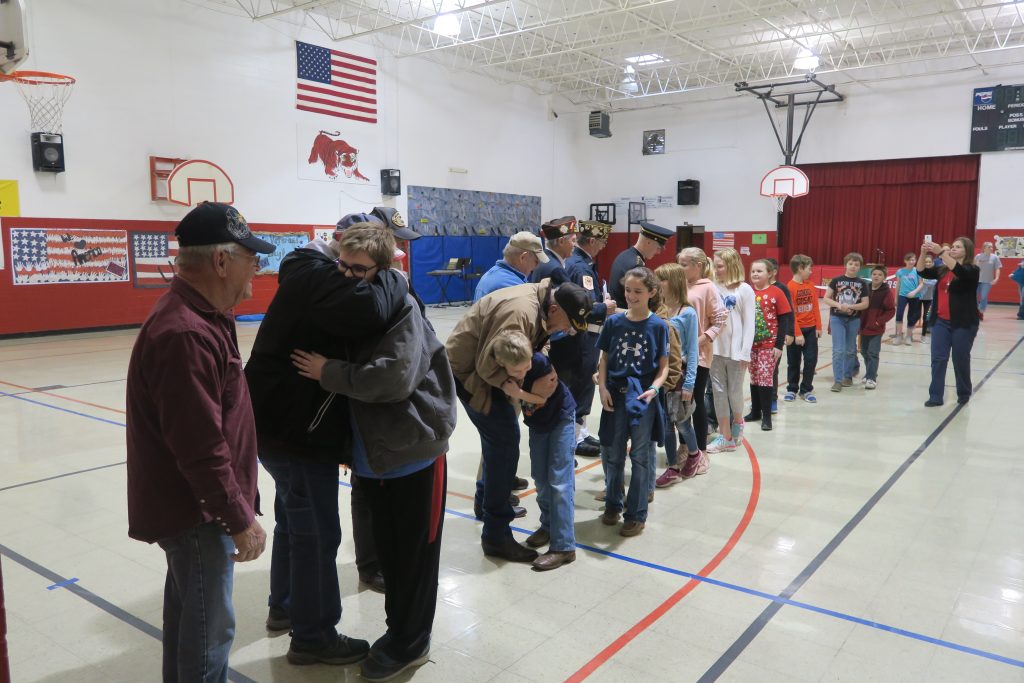 Fourth-grade students are shown expressing thanks, and the act becomes extra-special as grandsons take the opportunity to thank their grandparents – Colt Mayberry and Steve Mayberry, and Caleb Barker and Robert Upshaw.