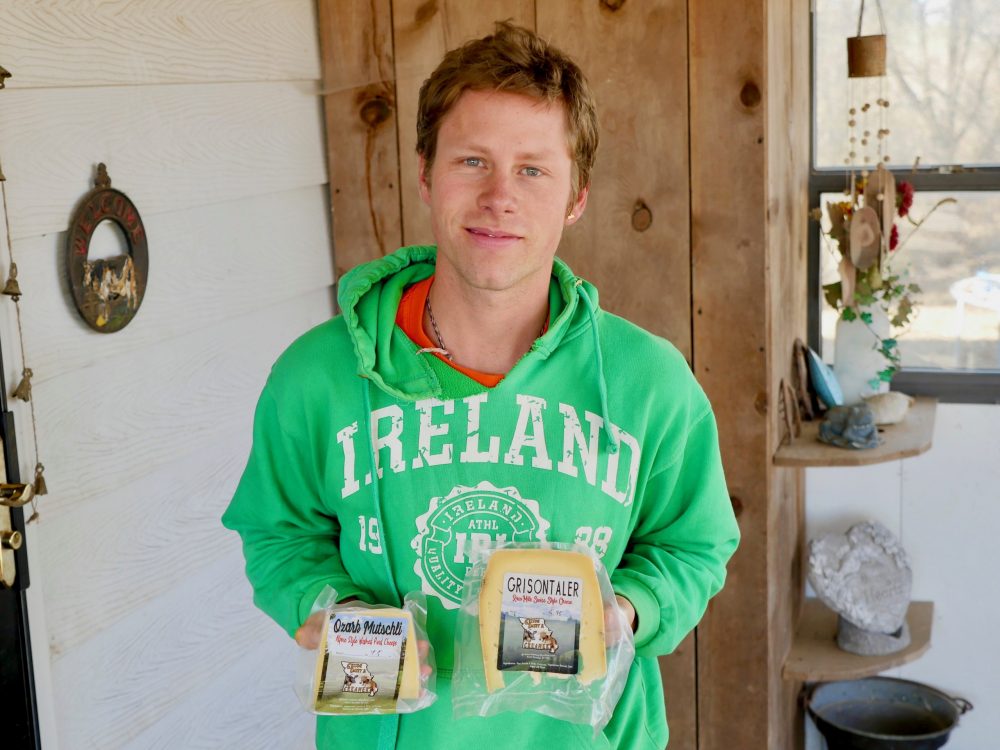 Adrian Buff of Grison Dairy and Creamery in Ava, with samples of his Ozark Mutschli and Grisontaler cheeses. Photo by Michael Boyink/Herald

Adrian Buff was in a pickle.

“I could have applied for a student visa,” Adrian says. “But those expire after you graduate. Then I’d have to go back to Switzerland and start at the bottom.”

Adrian came to Ava with his family at age seven.

He wanted to come home to family with permanent residency.

He had to make a decision.

“I found six open cheesemaker apprenticeship positions in Switzerland,” he says. “I went over there for two weeks, looked at all of them, and chose the one that was the best fit.”

He spent one day a week in school. The rest of his time he learned to make cheese.

Coming back home to the family dairy farm in Ava, Adrian invented again. 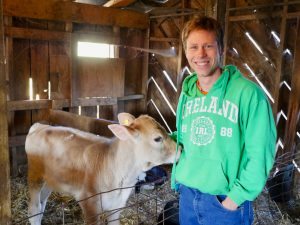 Buff says the dairy calves year-round. He’s shown here with one of his Brown Swiss calves. Photo by Michael Boyink/Herald

A brand this time.

It took some help.

While the family’s dairy farm provided the necessary milk, it doesn’t have a creamery facility.

“I met Leslie Million of Terrel Creek Farms in Fordland at an American Cheese conference in Iowa,” Buff says. “I stopped by her farm, and she asked if I would be interested in renting her creamery part time.”

He had the milk. And the creamery. The brand.

Now for the product.

“I wanted something Swiss,” Adrian says. “Most Swiss creameries will make a Mutshchli, so I make an Ozark Mutshchli.” Buff also produces “Grisontaler”, more of a traditional Swiss cheese made with raw milk.

Both cheese are aged and have an Alpine-washed rind. 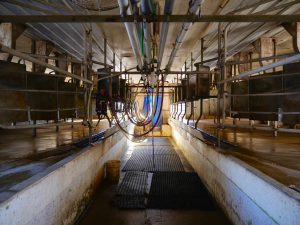 “The thing that scared me the most was sales,” Adrian says. “I’m a dairy farmer and cheesemaker at heart. Getting people to try the product is hard, but you gotta do it.”

And sales are picking up.

“I’m selling at the Brown Derby and Mama Jean’s on Republic Road in Springfield, Richards Brothers Grocery in West Plains, the Little Farm Store in Mansfield, and Ava Beverage in Ava,” Adrian says. “I’ve also been to both the West Plains and Ava Farmer’s markets.

“To expand I’d have to build my own creamery,” says Adrian. “So for now I’m just trying to increase sales of what I’m already making.”