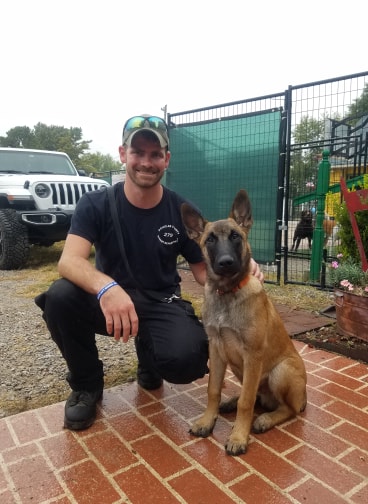 And Yadi, the current dog employed by the Douglas County Sheriff’s Office is eight years old. 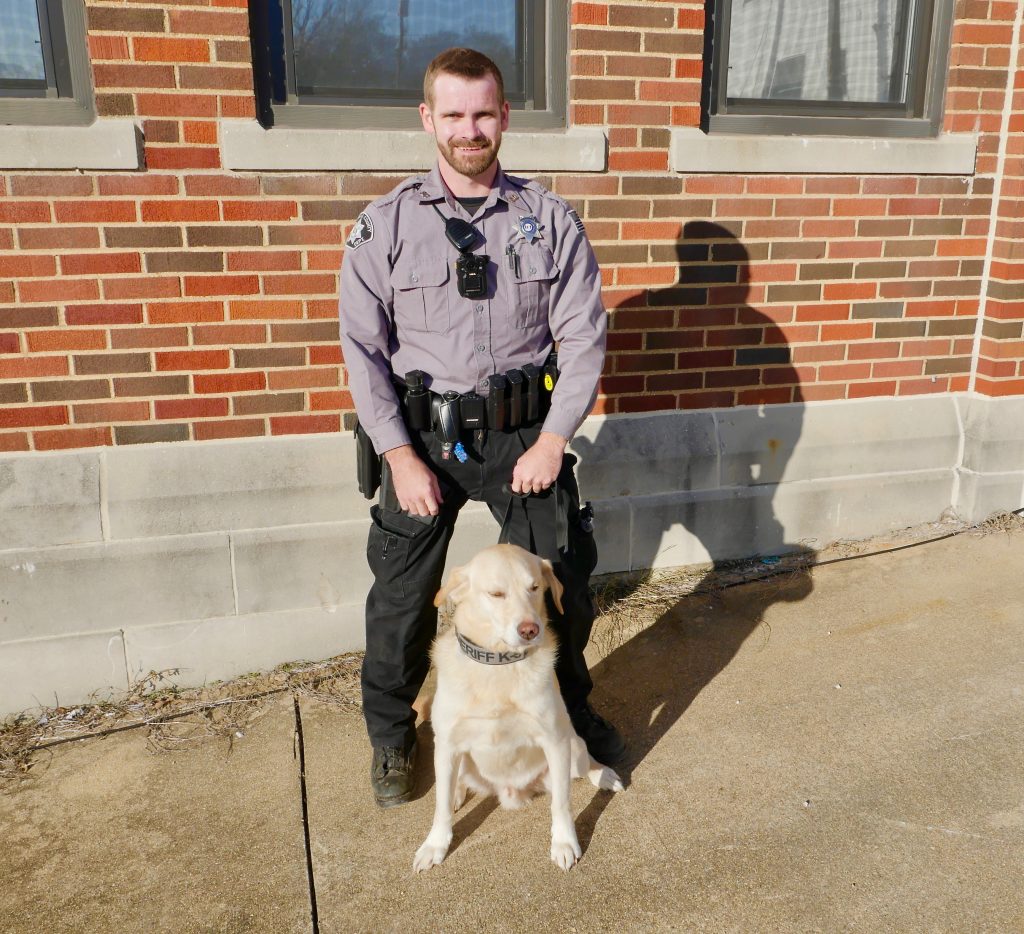 Harley poses with current Patrol Dog Yadi, who is retiring in 2020. After retirement, Yadi will continue to live with Officer Harley. Photo by Michael Boyink/Herald

“Yadi is a low drive dog,” said K9 Officer Jonathan Harley. “His desire to work has dropped a bit.”

The Sheriff’s Department didn’t have to search for a replacement.

“Corporal Wallace and I were in Oklahoma getting recertified with Yadi,” he said. “We became friends with a Master Trainer at the facility. He got a call from a breeder wanting to donate a puppy. He knew our needs and thought the dog might be a good fit.

The dog in question – a Belgian Malinois –  was a good fit. The deal was struck.

Remember what they say about free lunches, however.

“Triton is free,” said Officer Harley, “but his training is not.”

And that training has already begun. 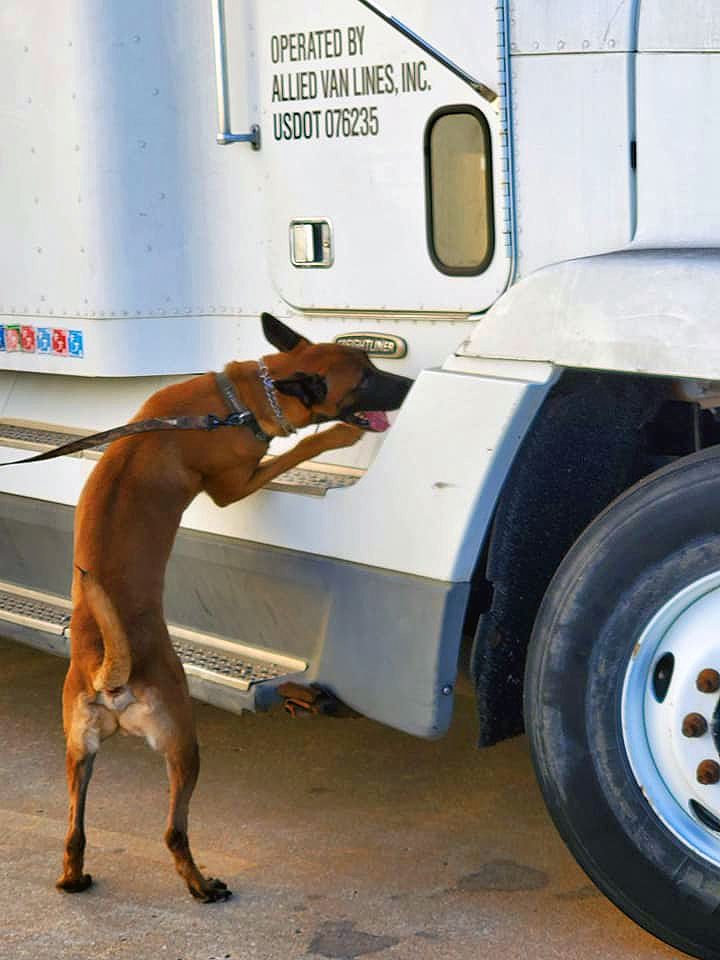 “Triton will be trained to be a full patrol dog,” said Officer Harley. “He’ll do aggression/bite work, tracking, narcotics, and article searches.”

And it’s not just Triton that needs training.

“About the middle of February, I’ll go out to Oklahoma for four weeks,” said Harley. “I’ll get caught up to where the dog is at, and then we’ll be certified as a pair.”

And the cost for that training?

And there’s no budget for that from Douglas County.

“The cost for the training comes from a Canine Fund managed by myself and Corporal Wallace,” said Officer Harley. “The funds in that account don’t come from the County, they came from donations, fundraisers, and other benefits.”

The Canine Fund is only there to cover dog-related expenses. “We do it because we like the benefits of having a dog to assist in our work,” said Harley. “We aren’t paid more because we have the dog.”

“Yadi is still certified through October of 2020,” said Harley. “He’ll still work for a while, even after Triton is here.”

Yadi will live out his retirement years with Officer Harley, a lifelong dog lover who grew up raising bloodhounds.

“Yadi will live at our house and be an oversize lap dog,” laughs Harley.

The Douglas County Sheriff’s Office is planning a spaghetti supper and auction to help cover Triton’s training costs. The event will be held at the Cross Point Church, 1341 Lower Ford Road (Y Highway), Ava, on December 7th at 5 p.m.