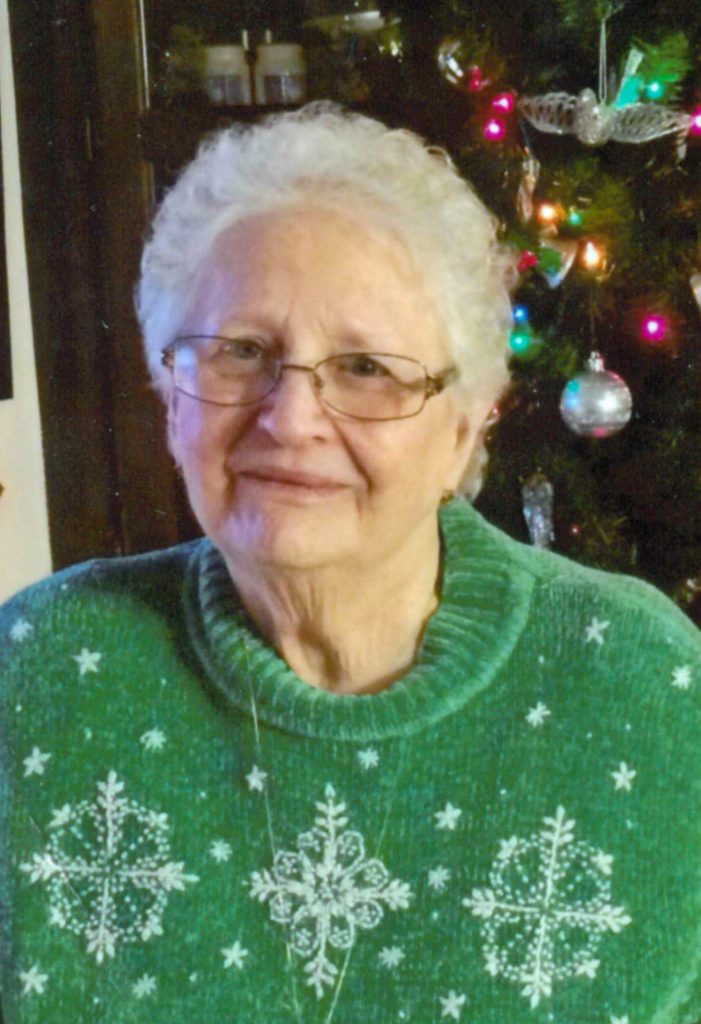 Marguerite June (Herd) Hammons Rhoads, age 87, of Oldfield, Missouri passed away at Ozark Nursing and Care Center on November 9, 2019 with family by her side.  June was born on July 24, 1932 in Hercules, MO to Harvey and Dora (Maggard) Herd.

On April 24, 1948 June and Lawrence Hammons were united in marriage in Hercules, MO and to this union two children were born, Robert and Wanda. Lawrence preceded June in death on November 10, 1988.

June spent most her childhood in the Hercules area attending school and church in the old Hercules School building. Lawrence and June spent the majority of their married life on their farm near Guffy Creek.

She was a mother and homemaker and learned many different jobs helping Lawrence on the farm, at the sawmill, and running the gas station in Bradleyville. The family traveled to Washington to pick fruit several times throughout the years. June was well known for her chicken, whether it was fried or in dumplings.

June enjoyed her gardening, canning, making preserves and being with her family. She was a Christian and a member of Union Grove Church.

After Lawrence’s death battling cancer in 1988, June remarried. H.A. Rhoads married June on June 27, 1991 in Miami, OK.  H.A. and June enjoyed 20 happy years of traveling, camping, listening to bluegrass music, and babysitting their great-grandchildren. H.A. passed away on May 8, 2010.

June was preceded in death by her parents, her husbands Lawrence and H.A., and her son-in-law Gale Osburn.

Memorial services for June will be Thursday, November 14, 2019 at 2:00 p.m. in the Hercules Church near Bradleyville, MO. Visitation will also be at the church from 1:00 p.m. to service time. Burial will be in the Mills Cemetery at a later date. Officiating will be Pastor David Easley and Reverend John Williams, Sr. Memorials may be made to the Mills Cemetery. Services are being conducted by Clinkingbeard Funeral Home, Ava, MO. Online condolences may be made to www.clinkingbeardfuneralhome.com.