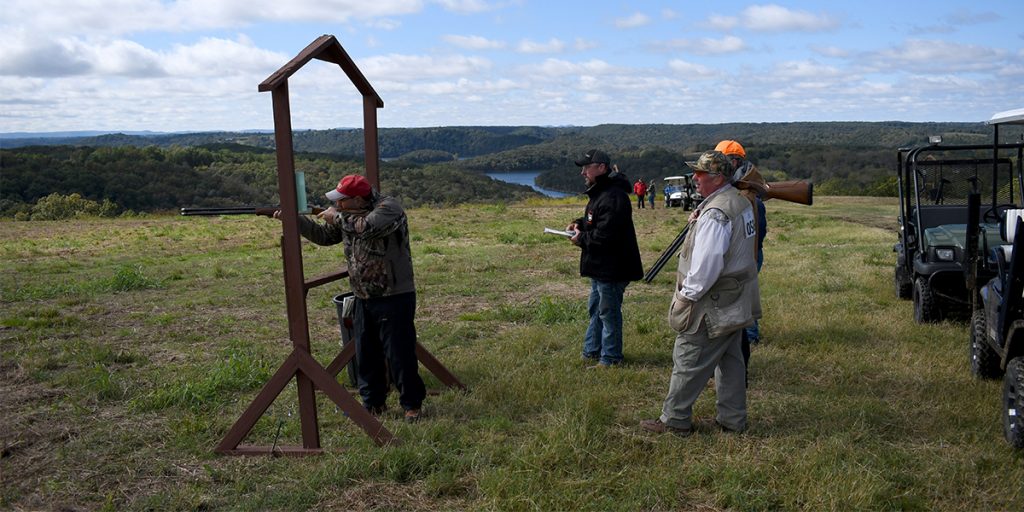 The Eastern Continental Shoot had 76 competitive shooters from 15 states take part in the four-day event. Mickey Lyn Roberts of Missouri was crowned the High Overall champion in the 200-bird Main Event. Jim Konkel, chair of DU’s National Shooting Committee, said the comradery among shooters makes the event enjoyable for a wide variety of sportsmen and women.

“It’s a family-friendly environment,” Konkel said. “We have competitive shooters from 10 years old up to over 70 years of age. Some have just started shooting, some have been shooting a few years and some for their whole lives.”

The Eastern Continental Shoot offered a 100-target preliminary and 200-target main event, sub-gauge and Super Sporting squad events and other regular events including 5-STAND and several other side games. All events are governed by National Sporting Clays Association (NSCA) rules, but membership in the NSCA is not required for a shooter to participate in this tournament.

This event is patterned after Ducks Unlimited’s popular Ducks in the Desert Las Vegas Continental Shoot, held each February since 1986. The 2019 Las Vegas event was its most successful ever, thanks to 450 participants from 27 states and multiple countries taking part in the five-day tournament.

“We’re excited that our Eastern Continental Shoot has started a new chapter for Ducks Unlimited’s competitive shooting events,” Konkel said. “We appreciate the support from our sponsors, Bass Pro Shops and the participants who made this a memorable shoot.”

All proceeds will benefit Ducks Unlimited, which has protected, enhanced or restored more than 14.5 million acres of wetland habitat across North America since 1937.

The 2020 Ducks in the Desert Las Vegas Continental Shoot will take place March 4 to 8 in Las Vegas. For additional information, visit https://www.ducks.org/ducks-unlimited-events/continental-shoots or email shoot@ducks.org.

Ducks Unlimited Inc. is the world’s largest nonprofit organization dedicated to conserving North America’s continually disappearing waterfowl habitats. Established in 1937, Ducks Unlimited has conserved more than 14.5 million acres thanks to contributions from more than a million supporters across the continent. Guided by science and dedicated to program efficiency, DU works toward the vision of wetlands sufficient to fill the skies with waterfowl today, tomorrow and forever.

For more information on our work, visit www.ducks.org.