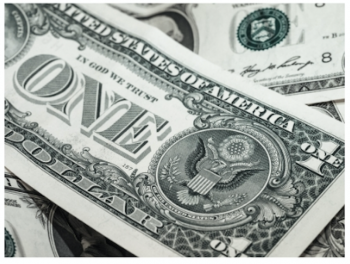 The American Psychological Association reports Americans are stressed about money.

Stress about money and finances appears to have a significant impact on Americans’ lives according to the Association. Nearly three quarters (72 percent) of adults report feeling stressed about money at least some of the time and nearly one-quarter say that they experience extreme stress about money (22 percent rate their stress about money during the past month as an 8,9, or 10 on a 10-point scale). In some cases, people are even putting their health care needs on hold because of financial concerns.

Nearly one in five Americans say that they have either considered skipping or skipped going to the doctor in the past year when they needed health care because of financial concerns.

The United States is the world’s richest country, with a gross domestic product nearly double that of the runner up, yet our economic inequality is among the highest in the world. The Great Recession may have officially ended, but most American households face stagnant wages and increasing debt – many Americans are actually considered to be poorer than they were a decade ago.

Many senior adults are working into their eighties so they can buy groceries and pay on their medical bills.

Our stress level is detrimental to our health. Bad health does not make us feel like working more, leads to depression, inactivity and drug and alcohol dependency.

According to Dr. Robert Waldinger, a psychiatrist at Massachusetts General Hospital and Harvard University, stress causes anxiousness, nervousness, distraction, excessive worry, internal pressure and changes in sleep patterns. These emotional states can then begin to affect a person’s outward appearance. Someone who is stressed out may appear unusually anxious, distracted, self-absorbed, irritable or angry. If stress lasts a long time the results are excessive fatigue, depression, thoughts of suicide, headaches, nausea and vomiting, chest pain or pressure, heart racing, dizziness, restlessness, shortness of breath and more.

If you are chronically stressed, Waldinger, has some suggestions for one, exercise. Federal health officials recommend 30 minutes of moderate aerobic activity every day.

Daily prayer or meditation can make a big difference. An old song says, “Oh what peace we often forfeit, oh what needless pain we bear, all because we do not carry everything to God in prayer.”

Waldinger also states the importance of breathing. “Watch your breathing; people who get upset a lot breathe very rapidly and shallowly and it creates more anxiety. Breathing slowly from the abdomen helps slow the stress response,” he says.

Waldinger said, “Don’t overdo alcohol. An extra drink seems to relax you but will only disturb your sleep and will act as a depressant.”

Since money is such an American issue be on the lookout for a better paying job and be willing to prepare, train, educate and even relocate in order to move up in the financial pay scale. Do not take your financial situation as being final. Many senior adults into their eighties work 10 to 30 hours a week to stay active and to keep food on the table.

Be aggressive and don’t let stress rob you of a quality life.

Glenn Mollette may be contacted at GMollette@aol.com. Learn more at www.glennmollette.com   Like his Facebook page at www.facebook.com/glennmollette