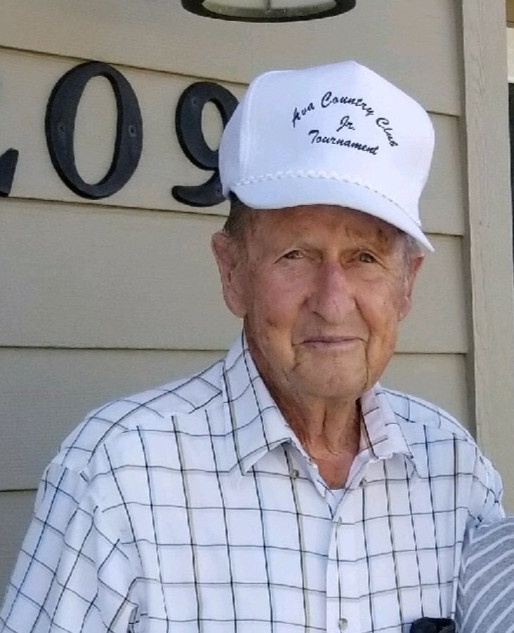 Scollan Ovid Grabeel was born on January 31, 1926, in Ava, Missouri to Ervin and Zella (Brixey) Grabeel. He died on October, 11, 2019 at his home in Hermiston, Oregon at the age of 93 years. Scollan was raised and attended school in Missouri.

He served in the Army from 1944 to 1946 as a Rifleman with the 188th Parachute Infantry, 11th Airborne Division on occupation day in Japan.  He took glider infantry training in Japan, guarded government buildings and military installations of occupation area.  He received the WWII Victory Medal, Good conduct Medal and Army of Occupation Medal.

After he came home, bought some land to farm along with cattle, got married and had three sons.  He then moved his family to Pendleton and went to work at the saw mill in Pilot Rock.  Shortly after that he got a job with the Union Pacific Rail Road and moved to Hermiston.  His first marriage ended in 1977.  He remarried in 1979 to Beverly.  He worked for the railroad for 30 years and retired in 1989.  Then he and Beverly moved back to Ava to work his farm and raise cattle.

Scollan and Beverly moved back to Hermiston in 2013 where they made their home enjoying visits from their grandchildren and great grandchildren.

He is preceded in death by his parents; sister, Wilma and brother-in-law Russell; and son, Eddie Max.

Those who wish may make contributions in Scollan’s memory to www.stjude.org

A graveside service with military honors was held on Friday, October 18, 2019 at 1:00 P.M. at the Hermiston Cemetery, Hermiston, Oregon.

Please share memories of Scollan with his family at burnsmortuaryhermiston.com

Burns Mortuary of Hermiston, Oregon is in care of arrangements.