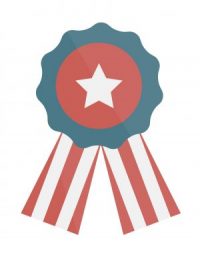 Former Ava High School coach, Liz Kyger, recently participated in the Huntsman World Senior Games in St. George, Utah. This year, for two weeks in October, a record high attendance of 11,200 athletes from 27 countries were on site to compete in 32 sports.

In her age group, Coach Kyger was overall champion in the women’s 5k run.  She also earned second place in the 12k trail run, and placed first in both the javelin and 1500 meter race at the Snow Canyon Utah Track, all in her age group.

In the last eight years, Coach Kyger has attended several National championships through the USA Track & Field, and National Senior Olympics. In prior competitions, she has earned three national titles –– winning the 5k run and 1500 meter, twice.

This is Kyger’s first trip to the World Games.

Currently, Liz is coordinator for the Do Run Club in Ava, where she teaches running classes at the Missouri Ozarks Community Health Fitness Center (MOCH).  In the spring, she also serves as race director for the Glade Top Trail Run.