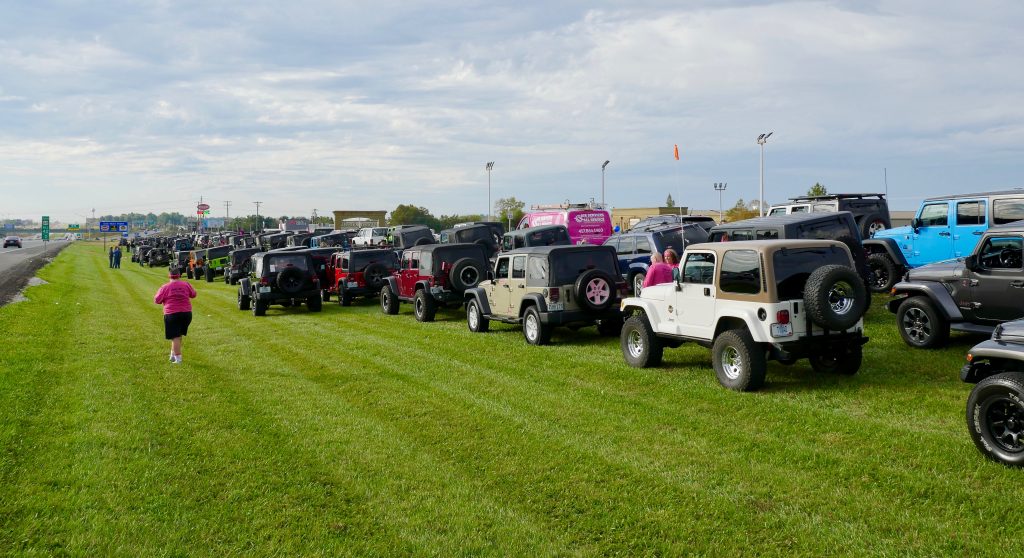 Jeep drivers often wave at each other when passing on the road.

But it’s not often you need to wave at over 150 Jeeps going the other way, all in one big group.

Yet for a few unsuspecting Jeep drivers between Ozark and Branson that’s exactly what happened last Saturday.

Jeepers often group up and go on trail runs just for fun, but this group had a different goal in mind.

Raising awareness of Breast Cancer, yes. But also raising money  to financially assist patients in treatment for breast cancer, via the Breast Cancer Foundation of the Ozarks.

“I’ve been involved in cancer events since 1995,”  Event Organizer Edmond McClure says. “My grandma died of Breast Cancer a few years ago. I started dating Candice Reed – a Breast Cancer survivor – three years ago. I was tasked to raise money for a campaign called Real Men Wear Pink. I thought that I could combine my love for Jeeps with what Candice had gone through and we came up with the idea of doing our first Jeep event.”

“We had tons of people asking us to do it again,” he says. “So we formed a committee and planned this for 9 months.”

McClure;s initial fundraising goal was $10K, but the final numbers are double that – and still counting.

“Little did we know that it would be as successful as it turned out,” McClure says. “We are truly blessed to be able to use our connections and talents to help families in need.”

McClure and his fellow committee members are already planning for the “bigger and better” 2020 event, which will take place on October 10th.

Find Jeepin’ for a Cure on Facebook or on the web: jeepinforacure.com. 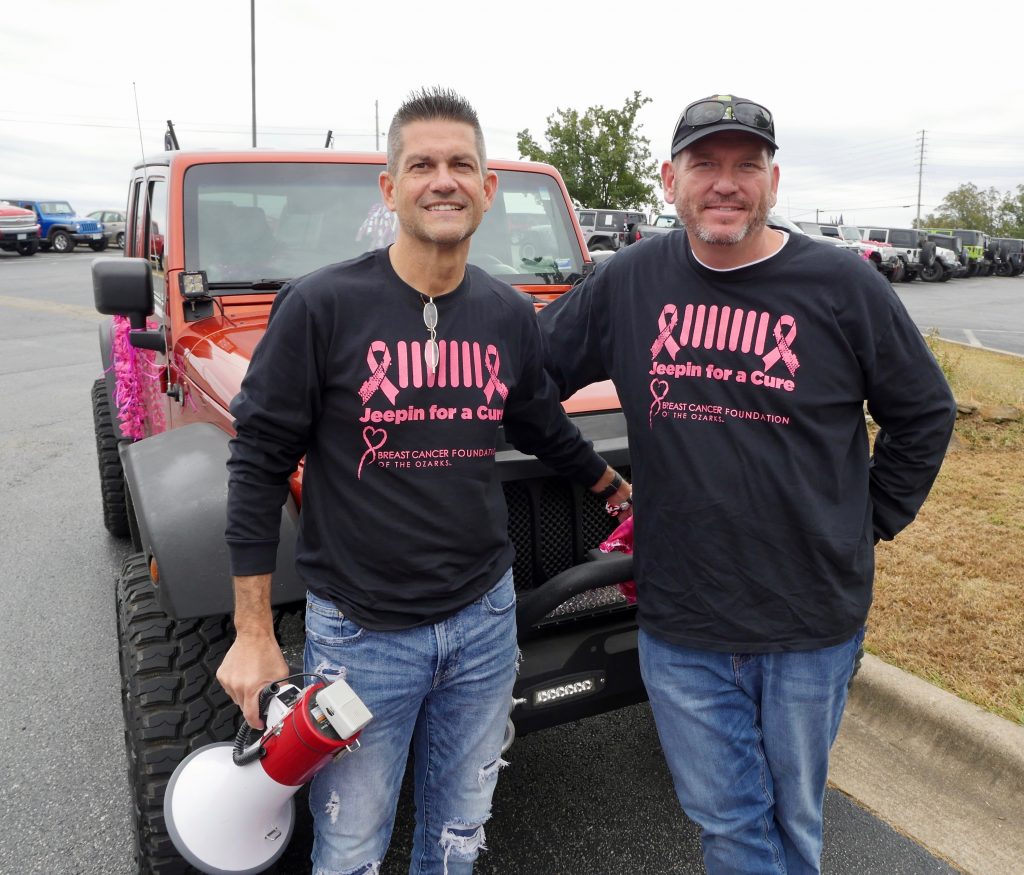 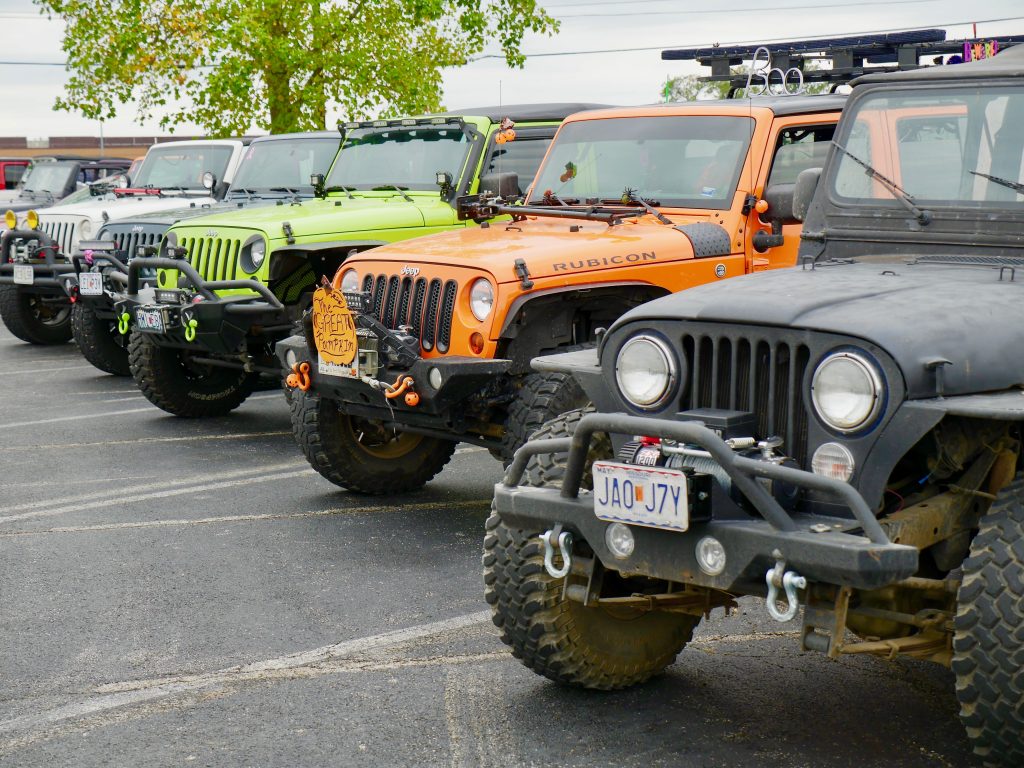 154 Jeeps showed up for the event, many decorated in honor of cancer survivors. 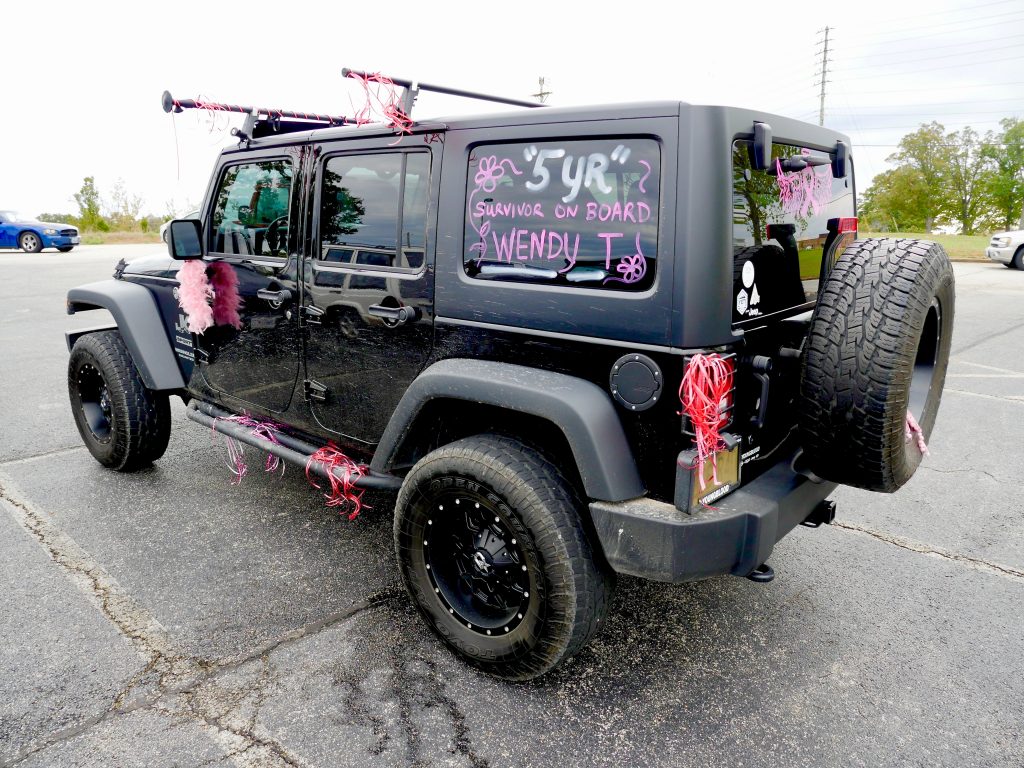