During the week of October 13, to October 20, 2019, the Douglas County Sheriff’s Office received and answered 72 Calls for Service, 15 individuals were arrested and booked into the Douglas County Jail and we currently have 31 inmates.

During the past week, both K9 units attended certification in Broken Arrow, Oklahoma.  Corporal Wallace and Deputy Harley were there for an intensive 4-day recertification and training event where K9 teams came from across the United States, including some federal level teams.

Kain and Yadi, were both recognized as showing improvements over last year as well as being bragged on by the Master Trainers.

In the end, Douglas County has two highly certified K9 teams for the next year, which is usually unheard of for a department of our size. 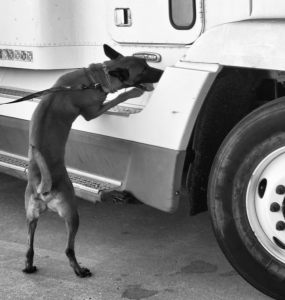