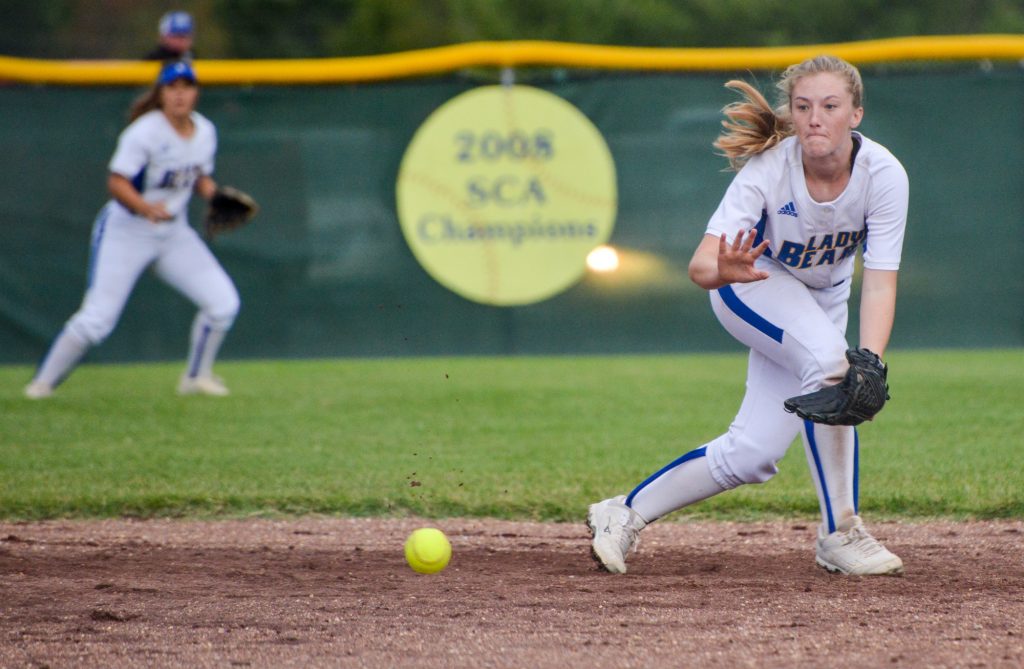 Thirty runs in two days is peak for the Ava Lady Bear softball team. Young players are beginning to read how plays unfold, the team is taking advantage of errors, and to cap it all off; their bats are on fire with a 15-5 win over the Lady Tigers last Wednesday.

In seven games this season the Lady Bears have managed to tag up for ten or more runs. Three of those instances have occurred this very week in the lead up to Senior Night last Thursday.

Willow Springs, Mansfield, and Walnut Grove have all witnessed the end result of players coming into their own; reading plays as coach Rex Sawyer keeps telling them, “No one on their heels!”

The Lady Tigers started the game with an aggressive attack as Ava pitcher Sarah Mendel worked on finding her groove.

Leadoff batter Faith Gilkey walked on four straight from Mendel and rounded the bases quickly after making second on a passed ball. Mendel and the defense put away the two and three batter but Lauren Johnson picked up an RBI after Regan Koop dropped the ball deep in left field.

Courtney Stevens brought in Johnson for the Lady Tigers’ second run but a pop-up caught by Ava catcher Miquia Heinlein closed the third, limiting the damage to two runs.

Looking back into the scorebook, the Lady Bears have struggled in games where the opposing team has led in runs or tied at the end of the first.

The 7-6 loss to Dora, the 5-4 loss to Hillcrest, and the 6-2 loss to Alton each ended in defeat when those teams took the wind out of the Lady Bears’ sails early in the game.

This game was remarkably different, though.

The Lady Bears came out and played good softball, answering the Lady Tigers with four runs in the bottom of the first.

Olivia Gastineau wore the 2-2 pitch and Lexie Gastineau came up with a big RBI-double to create forward momentum for the Lady Bears.

Regan Koop followed with an RBI-double of her own to tie the game 2-2 with no outs.

Miquia Heinlein, the Lady Bears’ catcher, has been putting some serious power behind her swings. She flied out twice against Alton with towering hits. Wednesday, she pulled one into left-center field, forcing Maddy Hughes to work for the catch at the outfield fence.

Keeley Akers brought in Koop with an RBI-single on the 0-2 pitch.

Then senior Makayla Miller came up big with a stand-up RBI-triple to put the Lady Bears up, 4-2, at the end of the first. 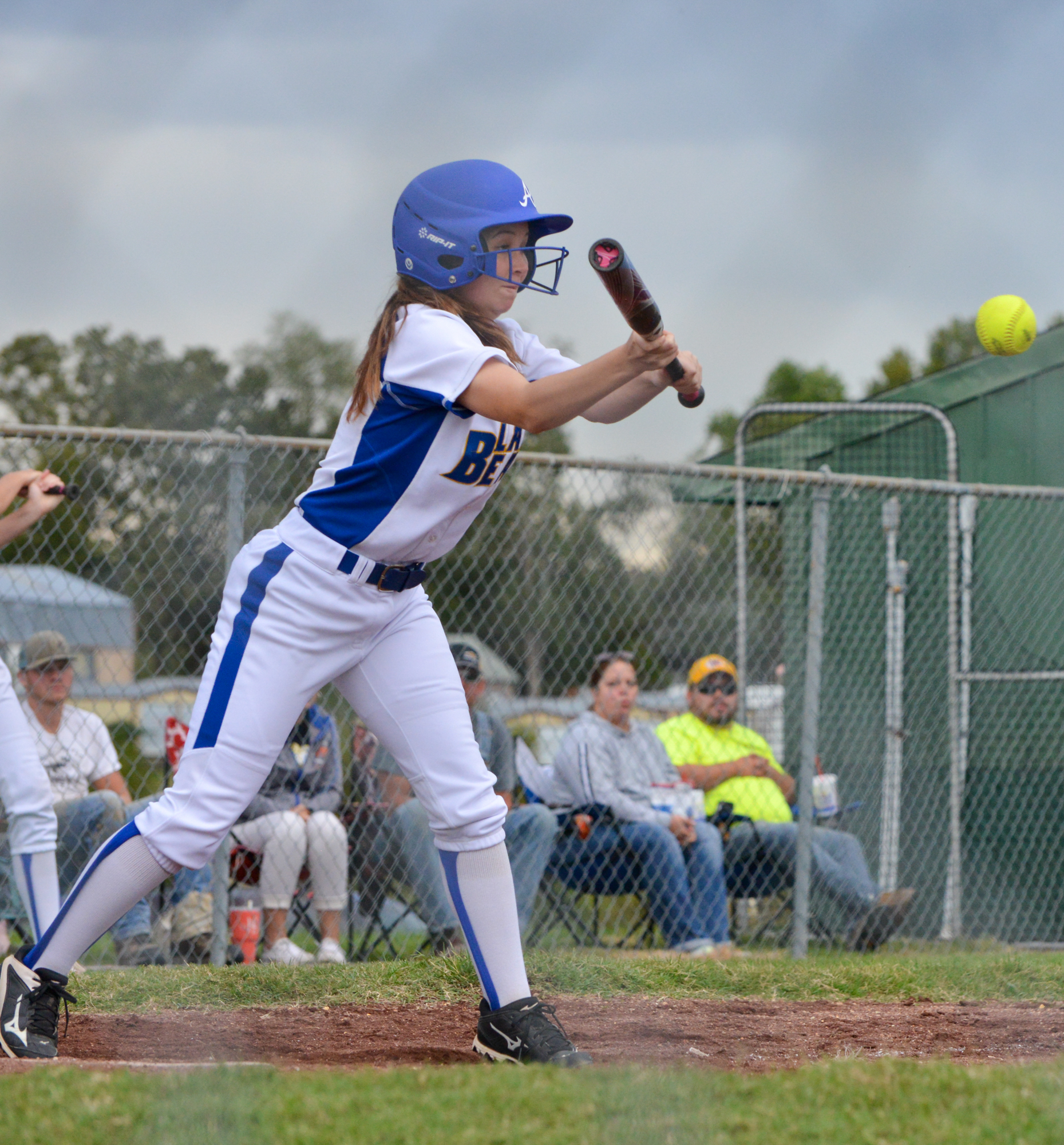 Ava senior Makayla Miller (5) makes a sac bunt in the bottom of the fourth allowing Macee Cutbirth to score during a game against Walnut Grove High School on Wednesday, October 9, 2019, in Ava. (Jason Hoekema/Herald)

Ava added another four runs to the board in answer to one run from the Lady Tigers’ offense at the top of the second.

Devin Rowe walked on the seventh look, full count pitch and advanced to third on a passed ball and stolen base. Olivia Gastineau flied-out to center field.

Lexie Gastineau and Regan Koop were 2-for-2 with two runs each in the bottom of the second.

Lexie earned an RBI-Single with a grounder past the short stop. Koop walked on the full count, juicing the bases.

Heinlein sent another to the fence, finding a gap between center and right field for an RBI-Double, Lexie scoring. Courtesy runner McKinley Goss closed the box, scoring after Koop on a sac hit by Macee Cutbirth and a single by Keeley Akers.

Miller whiffed to end the second, but the damage had been done and the Lady Bears were in the Lady Tigers’ heads.

The top of the third was the last time a Lady Tiger would stomp on home, Courtney Stevens and Maddy Hughes scoring before a 6-3 and a swinging strike three stranded two, a hard hit ending for the Lady Tigers.

Ava tallied two more in the bottom of the fifth, Olivia scoring thanks to an error by Stevens, the Lady Tigers’ third baseman.

Lexie also scored on an RBI-Double by Koop. 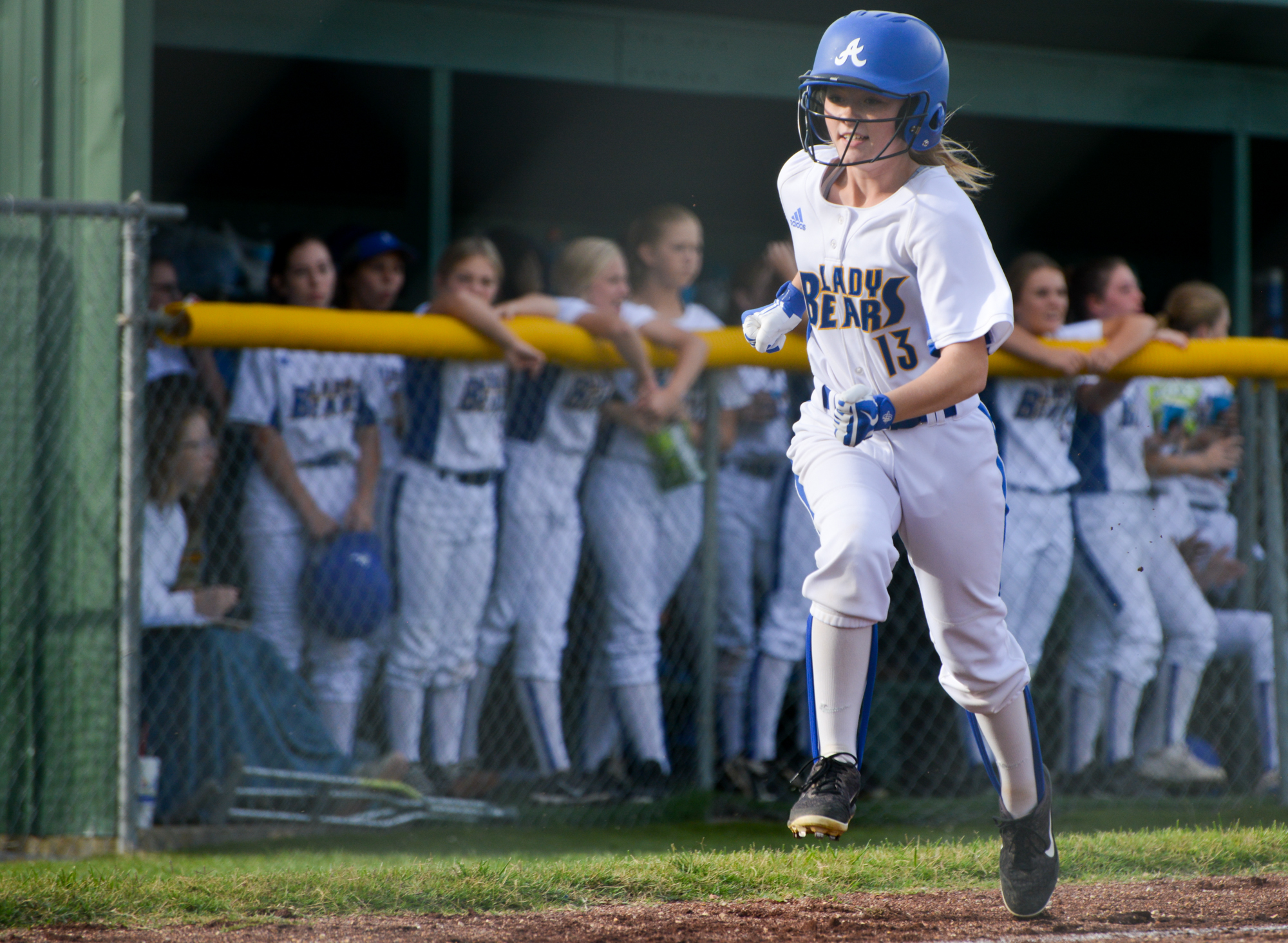 At the top of the fourth, the Lady Bears had found a groove to ride on. Jaedyn Johnson singled, but was put out shortly after.

Lauren Johnson flied-out to Olivia Gastineau at short. Olivia followed the quick catch with a laser to first, putting out Johnson before she could tag up.

A routine 4-3 grounder ended the top of the fourth, the Lady Tigers stranding one.

Cutbirth, Akers, and Kaelyn Stillings – Mendel’s courtesy runner – each scored in the fourth. Miller provided the sac bunt to bring in Cutbirth and RBI-Singles from Olivia and Lexie brought in Akers and Stillings to open the lead to 13-5.

Both teams blanked in the fifth inning, the Lady Bears stranding one.

At the top of the sixth, the Lady Tigers threatened a rally after Gilkey took a hit from Mendel on the inning’s first pitch. She was advanced to second with a deep hit to left field by Hailey.

Two on and one in scoring position, the Lady Bears needed to make the stop here if they planned on run-ruling Walnut Grove.

Johnson reached first on a fielder’s choice grounder to third where Akers picked it up and tagged instead of making the play at first.

The Lady Bears have improved their reading of plays, runner positions, and the knee-jerk reactions and decisions needed to be an efficient defense. It showed with Akers curtailing the scoring threat at third and Oliva Gastineau doing the same with a 6-5 fielder’s choice on Hailey for the second out.

Jaedyn and Lauren Johnson reached on a fielder’s choice and Jaedyn advanced to second on the second FC. A passed ball moved them up into scoring position, but a routine 6-3 grounder ended the Lady Tigers’ bid at disrupting the 10-run rule.

Olivia Gastineau went four-of-five last Wednesday, her final at-bat was an RBI-double that won the game for the Lady Bears.

Mendel took a hit and made first when she was replaced by Stillings, her courtesy runner. Sawyer used his flex, first baseman Teagan Snow, who destroyed a pitch with an RBI-triple to allow Stillings to score.

Olivia went to bat with her RBI-double, pushing the Lady Bears to a 15-5 win over Walnut Grove.

“We’re focused on (the game) and we’re not back on our heels,” said Sawyer. “We’re just ready for the ball.” 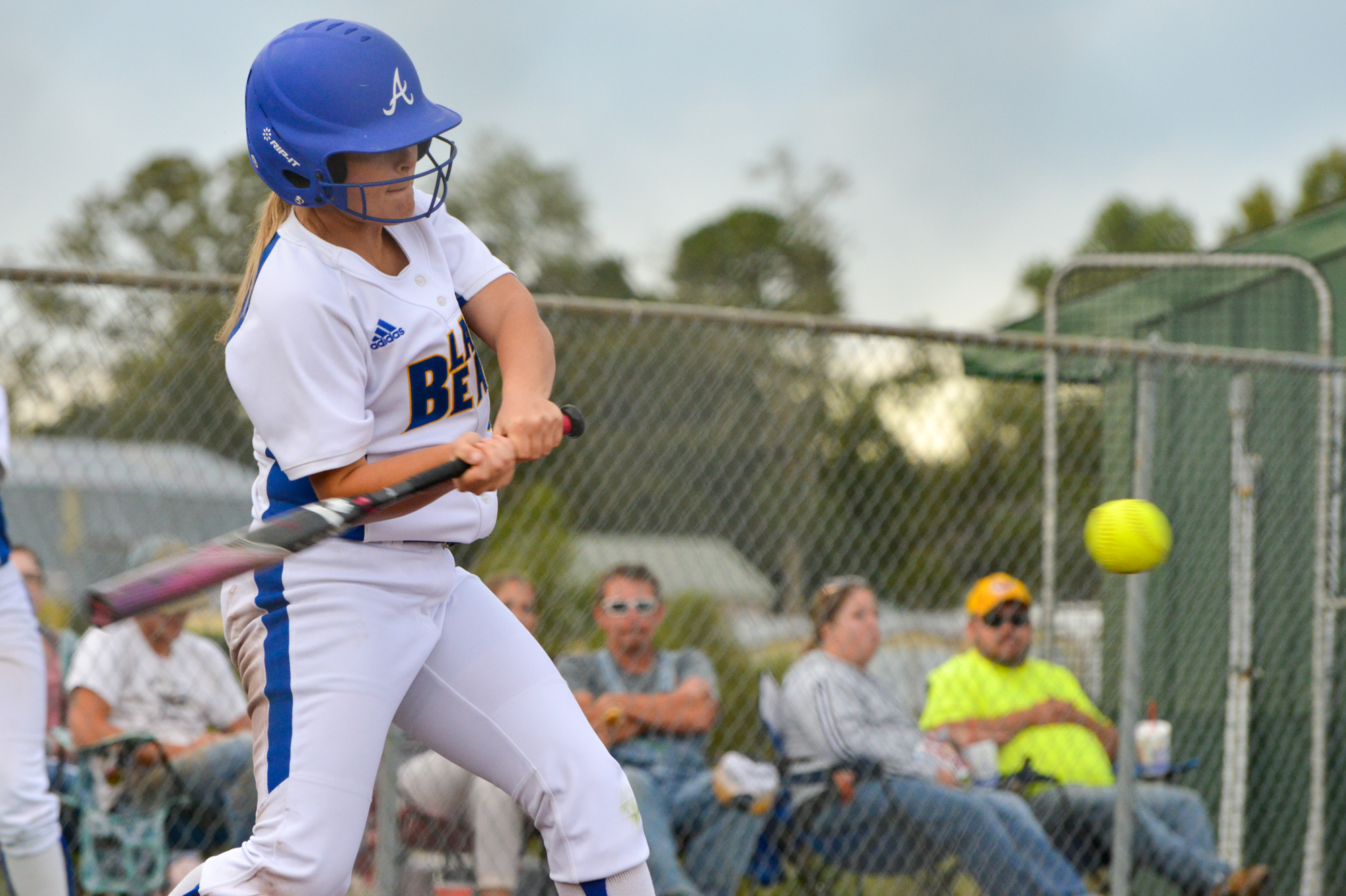 Devin Rowe (32) swings at a pitch in the bottom of the second during a game against Walnut Grove High School on Wednesday, October 9, 2019, in Ava. (Jason Hoekema/Herald)