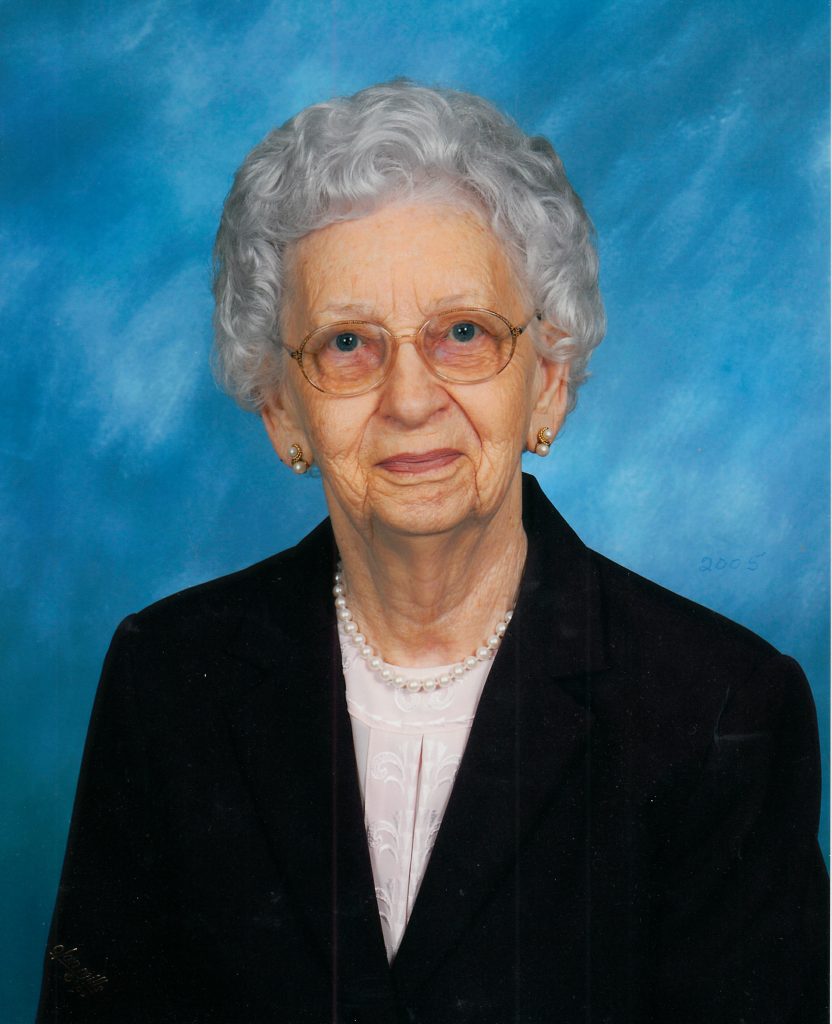 Sybil Lethco Carmichael passed away peacefully with her two sons by her side on Thursday morning, October 3rd, at the age of 102, just two months away from her 103rd birthday.  She was born on December 4th, 1916, near Ava, Missouri, the daughter of Joe and Mattie Lethco.  She graduated from Ava High School in 1934, attended State Teachers College (now Missouri State University), and taught in a one room school until joining the U.S. Naval Reserves in 1943.

She served her country honorably as a Petty Officer for 33 months during World War II in San Diego, California.  There she met her future husband, Lloyd Carmichael, a Navy sailor, and they married on Coronado Island.

After the war, they settled in the Midwest and had two sons, Joe and David, both of whom served in the Navy as well.  Fiercely patriotic, she was a charter member of “Women in Military Service for America” and was present for the dedication of the Women’s World War II Memorial at Arlington National Cemetery on October 18,1997, accompanied by her son Joe.  She attended Draughon Business College on the G.I. Bill, studying accounting, and worked as a bookkeeper until retirement.  After retirement, she worked many elections as a Greene County election judge.  A longtime member of Temple Baptist Church, she had a strong and unwavering faith.  She was loved by family and friends and will be sorely missed.

She was preceded in death by her parents, siblings, and husband.

A private family service was held on Monday, October 7th at Gorman-Scharpf Funeral Home.  In lieu of flowers, contributions may be made to Integrity Hospice, 2960 N. Eastgate, Springfield, MO 65803, in memory of Sybil.

A woman of faith and humor, reflecting on her own death, she penned the following poem:

As I fade away like the last rose of summer,

To hang on here would be such a bummer

Don’t stand around me looking blue

“I may be better off than you”.