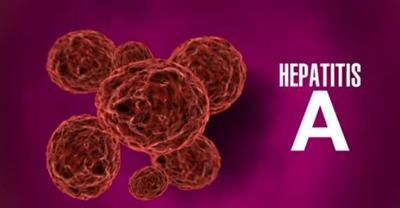 According to the Missouri Department of Health and Senior Services, “Hepatitis A is a viral infection of the liver that can cause loss of appetite, nausea, tiredness, fever, stomach pain, brown colored urine, and light colored stools. Yellowing of the skin or eyes might also occur.”

The Department says the disease is spread when “a person unknowingly ingests the virus from objects, food, or drinks contaminated by small, undetected amounts of stool (poop) from an infected person.”

The incubation period (the time between exposure and illness) can be up to seven weeks.

That delay came into play for the infected Ava School employee. According to Dr. Jason Dial, Ava School Superintendent, “The worker was vaccinated several weeks ago during the Douglas County Health Department’s vaccination clinics.”

Those clinics were held on September 7th and 9th after an employee at the Ruby Garden Chinese restaurant in Ava tested positive for Hepatitis A.

Evidently the Ava Schools worker had already been exposed to the Hepatitis A virus before getting the vaccinations, and it took this long for the symptoms to appear.

“Because this worker did not handle student food or water,” says Dial, “We have been advised that the likelihood of transmission is very low.”

The other Ava R-1 employees will not be tested for Hepatitis A.

“But we do follow food handling and sanitation guidelines,” says Dial. “And we did take extra precaution over the weekend as well as today during our PD day and brought a custodial crew in to do extra sanitizing of areas in the district.”

He also recommended students follow the Health Department and  CDC guidelines and be immunized against Hepatitis A, but adds that “the school cannot withhold them from attendance if they have not been immunized.”

“We have seen a slight uptick in parents bringing their children in for the vaccine.” says Valerie Reese, Administrator for the Douglas County Health Department.

Douglas County isn’t the only place where cases of Hepatitis A are being reported. Of the seven counties surrounding Douglas County, Ozark, Christian, and Texas have each had a small number of cases reported.

Howell County has the dubious distinction of having the third-most number of cases reported in Missouri, with 50 logged since September of 2017. Illicit drug use is cited as the predominant factor for the outbreak.

State-wide, according to the Missouri Department of Health and Senior Services, there have been 472 cases of Hepatitis A reported since September of 2017, with 270 of those resulting in hospitalization and two deaths.

But according to the CDC, the reported number of Hepatitis A cases nationwide is down drastically over the last two decades.

During that time there have been a few outbreaks of Hepatitis A, but those have been traced to imported foods.