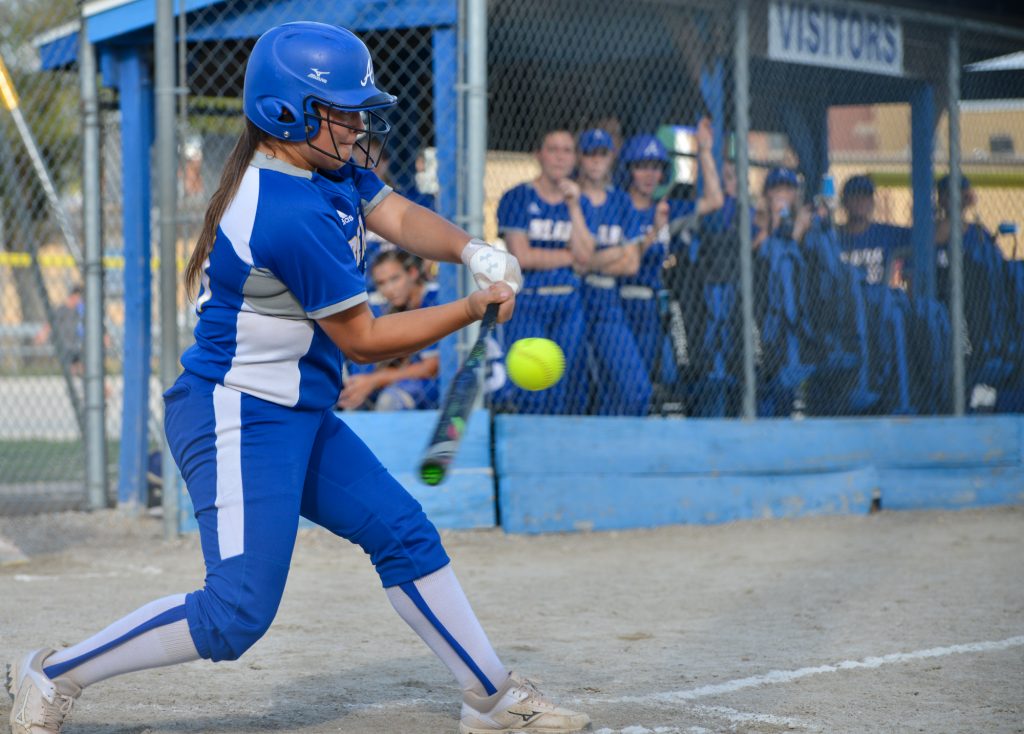 HARTVILLE – During a mild and sunny afternoon, a look beyond the fence at Hartville’s softball field revealed the beauty of the rolling hills that make up the Ozarks. The scenery, however, didn’t distract the Lady Bears from picking up another win on the road during last Wednesday’s makeup game.

Ava did well with four hits, even if the four runs didn’t come in at the same time. Meanwhile, Hartville’s five hits nearly brought them back from the brink with two in the seventh inning. Ava prevailed, 4-2.

The top of the first started with Olivia Gastineau picking up the walk on the sixth pitch. A good start turned sour when a hit by Lexie Gastineau flew straight to second base and into a glove. The catch was rerouted to first, cutting off Olivia from tagging back up.

Quickly, the Lady Bears found themselves in a 2-out situation in as many hitters at the plate. Reagan Koop singled on the third look, a 1-1 pitch. Miquia Heinlein flied out to right field, ending the first offensive attempt for Ava.

Hartville didn’t fare any better with Ava pitcher Sarah Mendel picking up a K on her 1-2 pitch to leadoff batter Grace Culver. The Ava defense did the rest with a ground ball 6-3 and 4-3 play to quickly turn the Lady Bear offense back to plate.

“We’ve just got to keep throwing strikes,” said coach Rex Sawyer. “We booted the ball a couple times there.” This group. We’re never gonna score a lot of runs.

Macee Cutbirth wore the third pitch, painfully saving her from a strikeout at 0-2. The Lady Bears didn’t make any runs in the second with a fly-out, sixth-pitch strikeout, and a roller played to first for the third out.

After the Lady Bear defense put away Hartville’s four-through-six in the order, the Lady Bears’ bats finally started talking.

At first, it didn’t seem that the inning would go their way with Devin Rowe out on three straight strikes but Olivia Gastineau ran the count full and picked up her second walk of the game.

Lexie followed with a single on another full count, loading first and second with runners.

At this point, despite the lack of runs the Lady Bears were already wearing Hartville pitcher Sydney Arnall down with 42 pitches with both Gastineau’s on the pond. Regan Koop, who went three-of-four in her at bats last Wednesday, nailed one into the outfield for an RBI double after tacking on another six pitches by Arnall.

Miquia Heinlein added another five pitches to Arnall’s count, now at 53, and reached on an error. Macee Cutbirth came up big for the Lady Bears with a standup two-RBI double which brought Koop in and boosted the Lady Bears to 3-0 over Hartville.

That was the end of the Lady Bears offensive onslaught, the top of the third ending with Keeley Akers whiffing and Makayla Miller grounding out on the toss to first.

Sawyer spoke of the group’s youth and their potential to grow after the game stating, “We’ve just got to keep playing, keep it close and good things will happen for us. It’s just the little things that we got to keep getting at. We’re so young now with time to grow experience.”

The Lady Bears picked back up in the top of the fourth with Sarah Mandel reaching on an error by Hartville shortstop Carly Calton. She went on to score Ava’s fourth run with an RBI double from Lexie Gastineau, who went three-of-four in her at-bats.

Gastineau was Wednesday’s clutch player with several outs attributed to her playing at short stop.

“Olivia played a heck of a shortstop for us,” said Sawyer.

Things in the book started to look like each other as the Hartville lineup started seeing more time and batters at the plate. The Ava defense slowed down in containing the offense with Mendel facing five batters in the fifth and sixth innings, then another six in the seventh where Hartville attempted to make a comeback.

At the bottom of the seventh, the Lady Eagles’ final chance to get on the board let alone try and win the game, Molly Brown – an endgame substitute with a tiny strike zone – landed a walk to first after racking-up six looks from Mendel in the circle.

Aubrey Hardcastle hit a scary ball (with two on) deep into right field, but was caught by Devin Rowe to put one away. 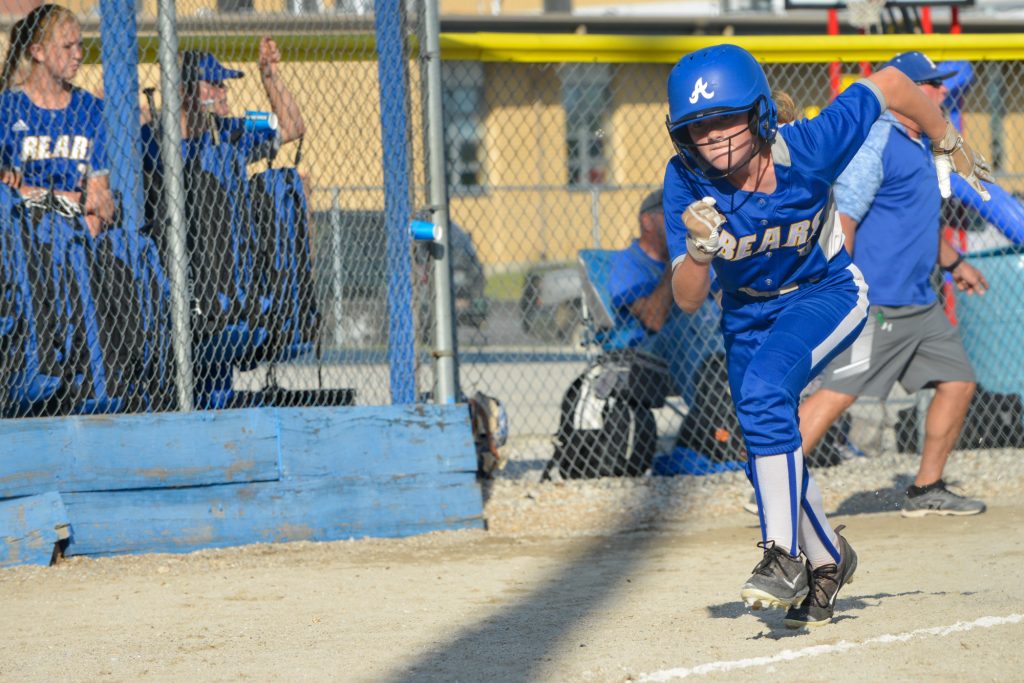 Madalynn Vaughn reached on a single into centerfield, picking up two RBIs with runs-in by Brown and Culver to clear the goose egg for Hartville and close the score up, 4-2 with Ava still leading.

Cayce Guillory reached first on the fielder’s choice from shortstop Olivia Gastineau to second, cutting-off Vaughn for the second out.

Katrina Prock hit a light roller down the third-base line and was put out on the 5-3 play thrown by Keeley Akers to end the game with Ava on top, 4-2.

“With this group we’re never going to score a lot of runs,” said Sawyer. “We just got to keep it close. The walks we got to stay away from and that’s what Sarah did. Good things will happen, just one run at time is all we got to play.” 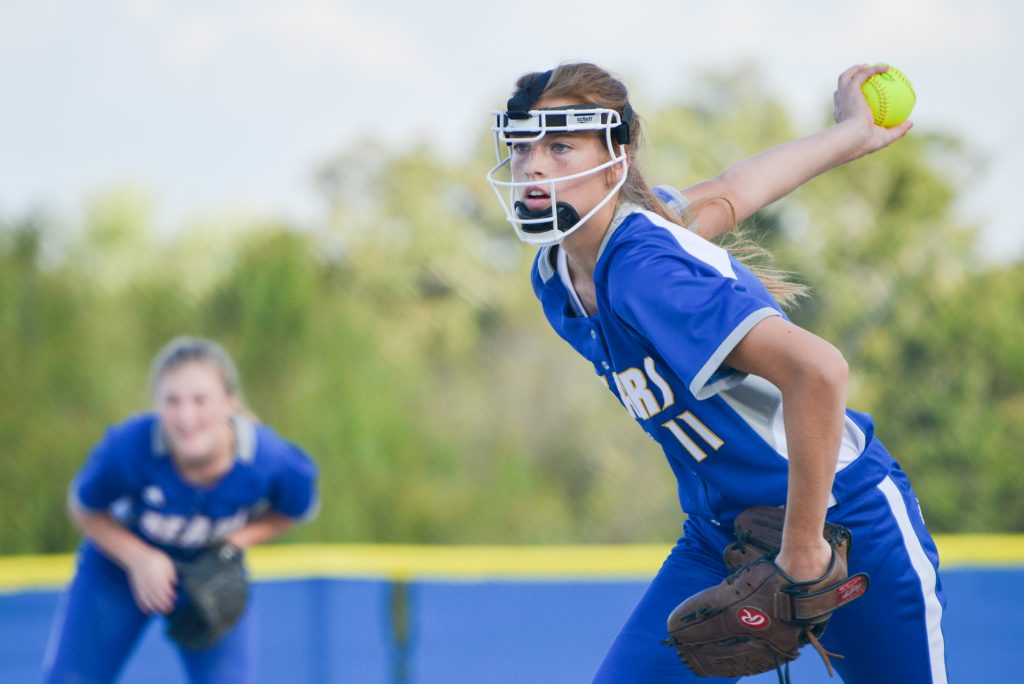