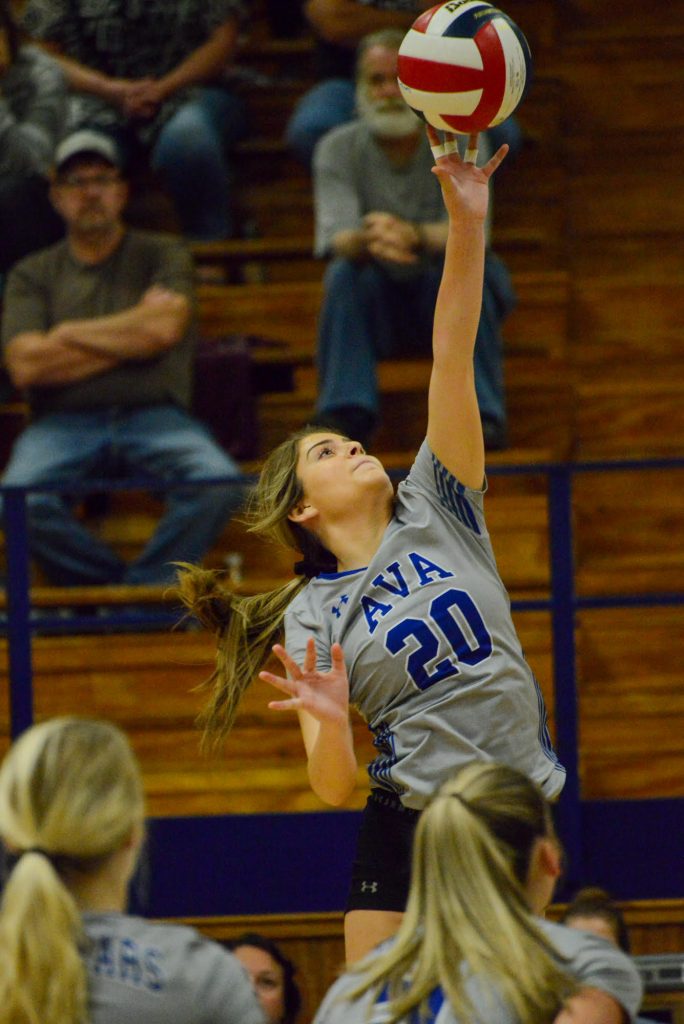 The rhyme taught to young children rings true for teens and adults trying to work together as one cohesive unit.

Last Thursday coach Emily Petty spoke of some internal communication and teamwork issues, the kind which can break up cohesiveness and team success. Those issues may have led to the dropped match in Forsyth.

Like night and day, the Lady Bears came out onto the court with a newfound energy and motivation which led to team success over SCA rival, the Mountain Grove Lady Panthers.

“We went to a tournament after that loss to Forsyth and one of my big pushes for them was to be a good teammate, always back each other up, encourage each other, be excited for each other and not play the selfish game we did in that loss,” said Petty. “We practiced what we preached on Saturday and we played some tough teams. We played good volleyball over the weekend and we brought it in tonight.”

The visiting Lady Panthers started out on the wrong foot with the first serve by Reagan Hoerning going out of play, giving the Lady Bears their first point and control of the serve.

Olivia Heriford made Ava’s first serve and made her way up to the net to make the kill. A six-point rally ensued, leaving the Panthers blanked until Addy Welch tipped the ball onto the maple.

The rally did not last long with Mountain Grove’s second serve also going outside the boundary. Lauren Hall followed suit with her own serve going out with the board reading 7-2, Ava.

The Lady Panthers rallied four quick points, one from a net-touch penalty. The Lady Bears pulled ahead with a block, then a kill, then a tip from Heriford between serve-receives.

The Panthers then tied the game at 13 with a two-point rally after a bad dig by Sydney Snelson went out of play. Petty took the match’s first timeout, but the break didn’t help with Lauren Hall and Nelson having less-than-par digs which put the Panthers on top, 15-13. 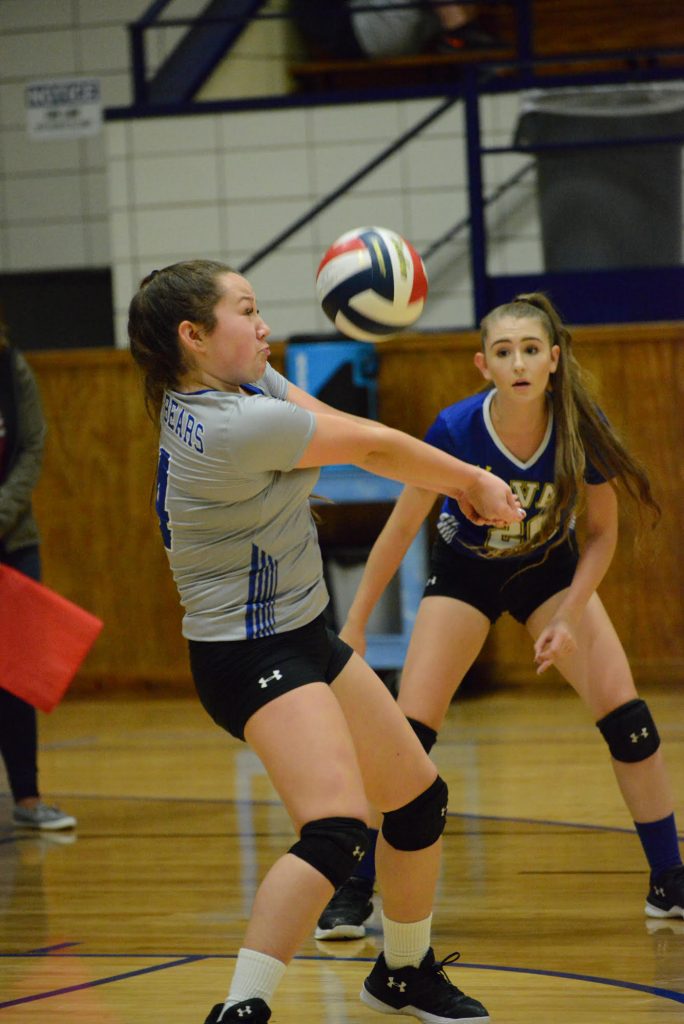 With both teams playing neck-to-neck, tying again at 18 points apiece when Haley Herrera successfully tipped the ball into a gap in the Panther defense.

Again, the Panthers pulled ahead before Ava took another time out and was able to catch their breath as coach Petty debated with the officiating team on a poor call against the Bears’ player positioning on the serve.

That break broke up a rally for Mountain Grove and led to seven-point rally for the Lady Bears with kills from Heriford, Herrera, and Hall up to the game point. A simple tip over the net by Heriford closed the first set, 25-20.

The Lady Bears fared far better in the second set after a bit of a warmup and wake up in the first. Early on, the Lady Bears had a five-point rally and kept going to break away from the Lady Panthers by seven.

That lead continued to grow with Laynie Isaacs and Heriford serving up points before Mountain Grove coach Amy McNew took a timeout as the deficit grew to nine, Ava leading 14-5. 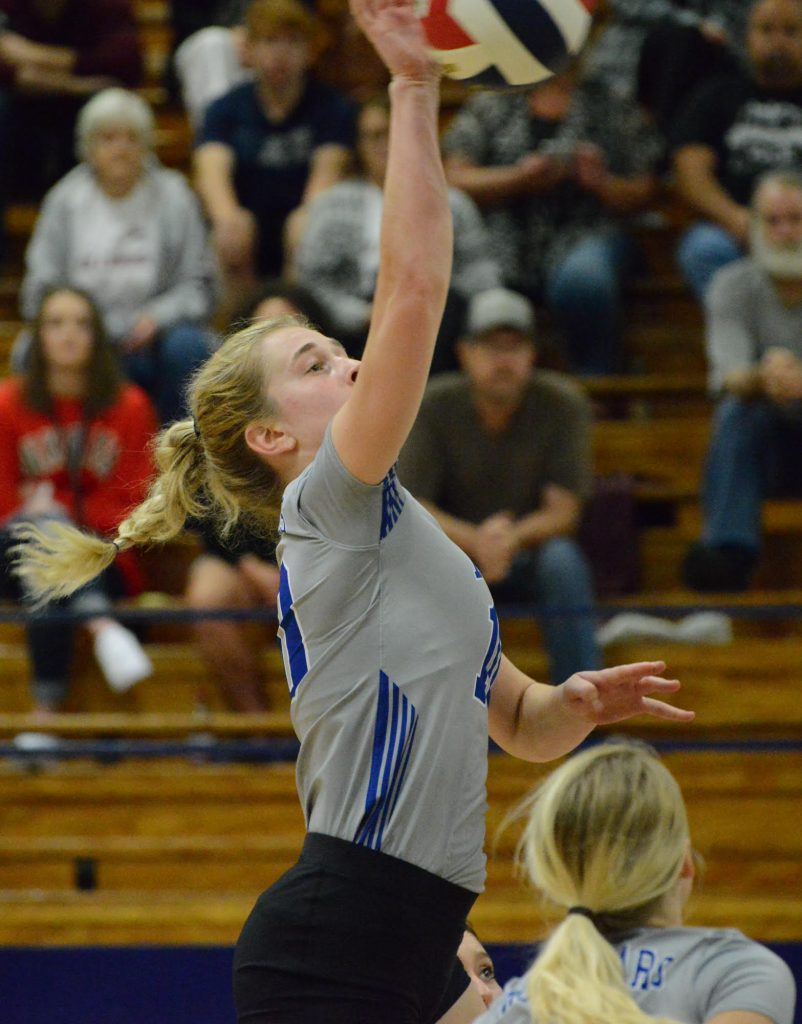 Even with the lead, some mistakes were made with a block going awry and another net violation giving points back to the Panthers. The Lady Panthers closed the gap to 8 before Petty took another timeout. A serve went out of play, which started the demise of the SCA rival. 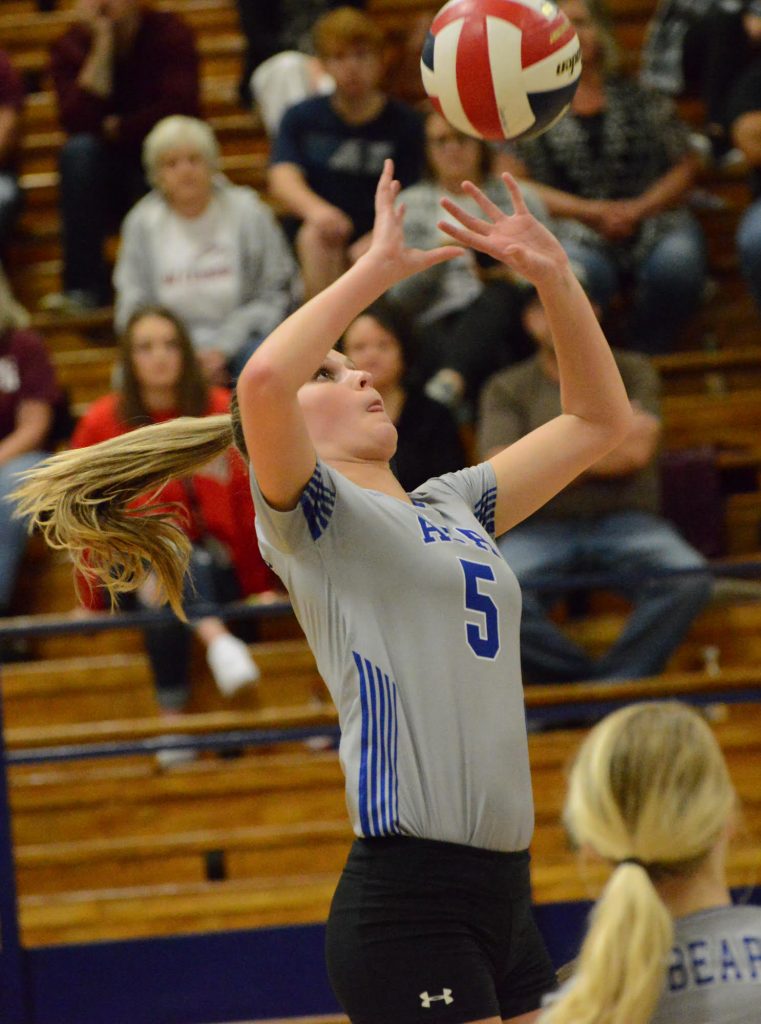 It appeared that Mountain Grove was going to end the game themselves, and in the Lady Bears’ favor. Then Ava lost a rally with the board reading 23-13.

It worked out in the end as a carry was called on Mountain Grove, bringing the game-point rally back to the Bears’ side of the court. Hall delivered the serve and the Lady Panthers returned the ball, which went out of play for the win.

With all of that in consideration, the Ava Volleyball record stands at 12-5-1. The Lady Bears play against Willow Springs at home this evening and will host Thayer on October 1st. 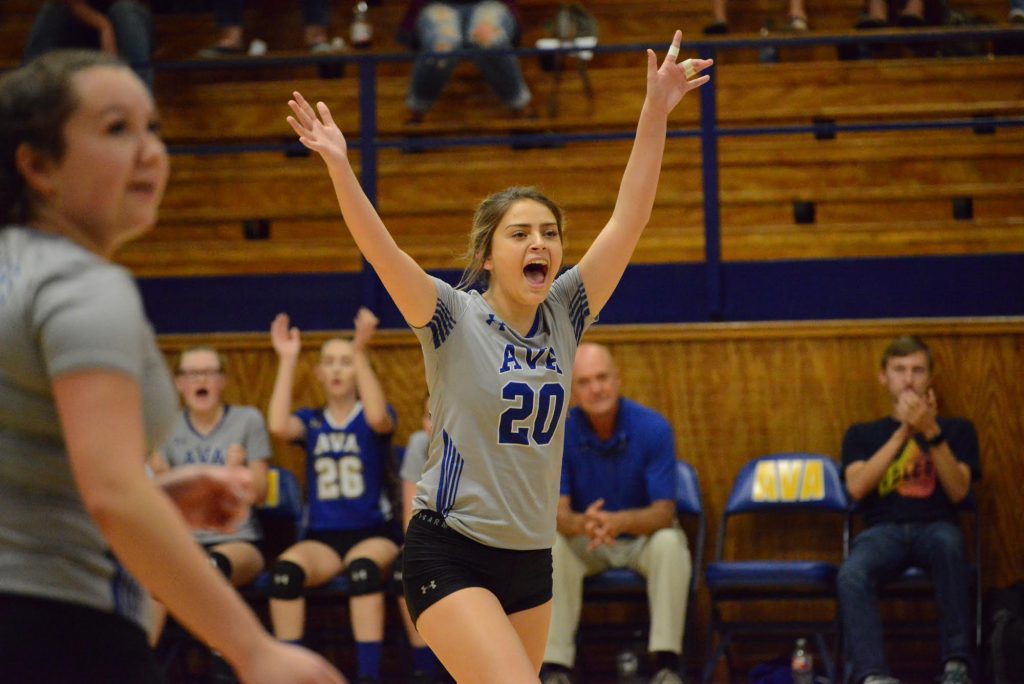 “You can expect some high energy volleyball because our girls will have to bring it to beat Willow Springs,” said Petty. “I keep preaching right before we come out of the locker room, before an opponent takes the floor, that this is our home court and we’ve got to protect it.”