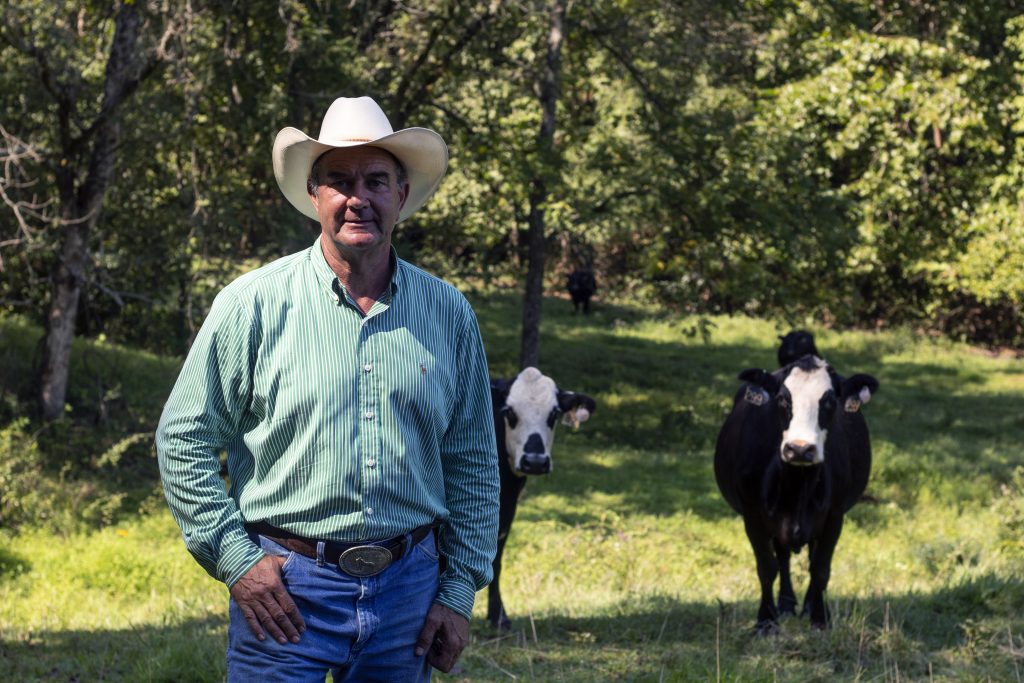 As a first generation farmer, Mike Kehoe is one of an increasingly rare breed. His vantage point has changed significantly over time, from St. Louis to the rocky and oak-tree covered landscape of the Ozark hills. Described by Kehoe as a horse farm turned cattle farm, he and his wife Claudia own and operate their 700 acre farm in Phelps and Pulaski Counties.

“When I grew up in north St. Louis City, I didn’t know a horse from a cow until I started washing cars for the man who became my mentor,” Kehoe said. “When you worked for Dave Sinclair, one day you’re washing cars and the next day you’re tagging along with him to build fence or check cattle.”

Today, Kehoe resides in Jefferson City where he serves as Missouri’s 48th Lieutenant Governor. He works every day in his role to promote agriculture, Missouri businesses and tourism, advocate for seniors and veterans, and serve on numerous boards and commissions. Prior to serving as Lieutenant Governor, Kehoe was elected to two terms in the Missouri Senate, serving as the Assistant Majority Floor Leader for two years and Majority Floor Leader for three years.

“In agriculture, you’re taking care of the land and your livestock. What you do, or fail to do, affects your crops and your herd,” Kehoe said. “In public policy, the same truth applies. What is done in Jefferson City affects Missourians from Holland to Mound City and every place in between, therefore it is important that policy-makers consider the effects of their decisions. In both farming and in government, a caring attitude and the willingness to work hard is vitally important.”

Kehoe said the agriculture community has welcomed his family in like one of their own.

“I believe farmers respect someone who comes up through the ranks, and I work daily to be counted worthy of their respect,” Kehoe said. “Farming is a good way of life. It’s who Missourians are. Agriculture is Missouri’s number one industry because of the hundreds of thousands of people who work in the field every day, but also because of the central role it plays in our survival.”

“My favorite bumper sticker in the world says ‘I Farm. You Eat.’,” Kehoe said. “Every fence row and every barn represents the hard work of Missouri farmers to get a steak to the restaurant or grocery store.”

Kehoe recognizes the average age of the Missouri farmer is increasing. While this can be viewed as a challenge, Kehoe prefers to look at it as a positive.

“It is critically important that we bring up a new generation of farmers because the next twenty to thirty years will present incredible opportunities for young farmers and agriculture leaders,” Kehoe said. “I recently had the opportunity to meet and visit with 1,800 FFA members in Springfield, Missouri. I left inspired by their drive and confident in what the future holds.”

Kehoe also understands the future of farming and anticipates all the changes that will come from technological advances in agriculture.

“As the world adds more and more technology to improve our lives, so does agriculture,” Kehoe said. “Today, you can use technology to farm a lot smarter. My hope for the next generation is that they will embrace technology in combination with the spirit of agriculture that’s been around for years. I am humbled and grateful to call myself a first generation farmer and intend on living the farming way of life for years to come.”