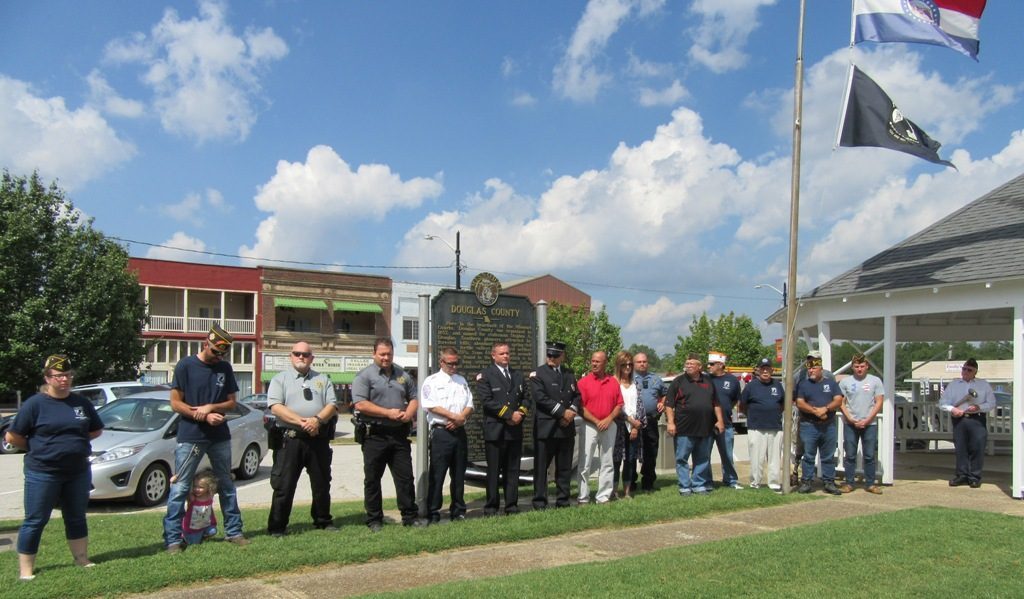 Members of the local VFW Post 5993, the Ladies Auxiliary, and American Legion Post 112 held a memorial ceremony on the Ava Square at noon Wednesday, Sept. 11, to honor and remember the attacks on the United States, in 2001.  The VFW and American Legion were joined in the ceremony by members of the Ava Police Department, Ava Volunteer Fire Department, Douglas County Sheriff’s Office, and Mayor Burrely Loftin and wife Penny.  The group paid homage to those who lost lives in the 9/11 terrorist attacks on the World Trade Center in New York City, the Pentagon, and United Airlines Flight 93 which crashed in suburban Pennsylvania.  Today, Patriot Day serves as a remembrance of the lives lost on that September morning.  As part of the recognition last week, the American flag was flown at half-staff from sunrise until sunset. This year marks the 18th anniversary of the tragic event.