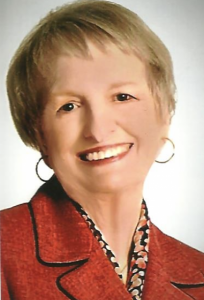 Deloris Ann (Dee) Allen of Cabool, Missouri, passed away July 27, 2019, age 84.  Dee was born in rural Douglas County, Missouri July 27, 1935 the daughter of Isaac and Naomi Stout Riley.  She was the youngest of six children.

Dee attended a country school in Douglas County, Missouri.  After graduating from Ava High School in 1954, she attended a small Church of God Bible and Missionary training school in Western Nebraska.  While there, she worked in a small hospital before going to Kansas City to continue to work in the health care field.

As a young single woman, she worked with Church of God youth in her local church as well as city wide youth of Kansas City and the State of Kansas.

Dee loved working in doctors’ offices and working as a private care giver.

She was working in a medical clinic in Kansas when she met and married Dr. Lewis G. Allen on May 21, 1963 in Kansas City, Kansas and became stepmother to his five children, two sons and three daughters.  They lived on the Allen family farm in Lenexa, Kansas, close to Dr. Allen’s Radiology office, where she worked with her husband for the first few years of their marriage.  In 1966, a baby girl joined the family.

During her thirty-one years of marriage, she and her husband had an orchard and a large garden and she enjoyed cooking, and preserving the food.  Her cinnamon rolls and “little pieces of bread” were famous and favorites among family and friends.  They both enjoyed hosting dinner parties.  Dee was active in local and state medical auxiliaries and a member of the Auxiliary to the American Medical Association.  She did public speaking for youth rallies and conventions of the Church of God.  Dee was a member and speaker for the Christian Women’s Club and after moving to Arkansas in 1980, spoke at luncheons for that organization in Arkansas, Missouri, and Oklahoma.   She was active in Lay People in Vital Exchange, Stonecroft Ministries, and other groups.

After her husband’s death in 1994, she continued writing, travelling to visit her grandchildren, and volunteered nursing care.

Dee was the author of White Collar Skid Row written under the pen name Melissa Ann Bell.  She was a speaker on alcoholism and enabling.  She also wrote several articles including one about her childhood.  Others include: Praying With Scripture, Recovery, and What Happened on the Way to Egypt.

She attended the South Street Church of God in Mountain Grove, Missouri and was very active within the church until her later years.

She was preceded in death by her husband, stepdaughter Cindy Parker, her parents, brothers Donald and Glen Riley, and sisters Monzella Rogers and Ada Hubbard.