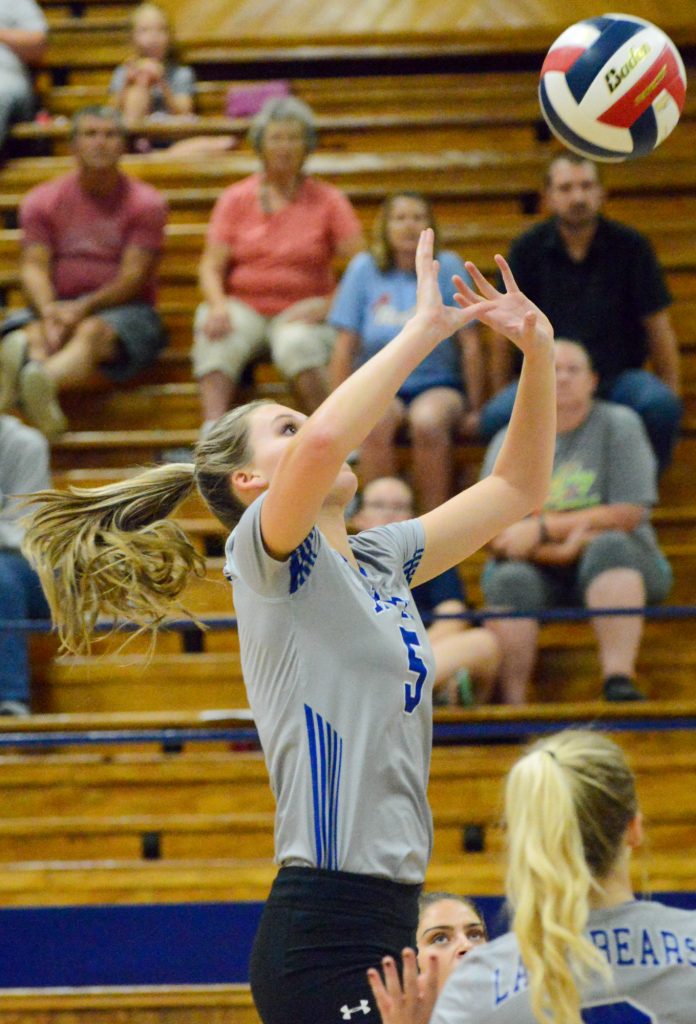 Ava lashed out against Fordland with a four-point run on their first service with a tip over the net by senior Claire Fossett.

A kill from Haley Herrera won back the ball for Ava after the Lady Eagles struggled with sets and defense. That turnover started a monstrous lead for the Lady Bears, who played for five points with Sarah Dobbs serving the ball.

A timeout from the Fordland bench came after the Lady Bears had pulled ahead by ten, scoring 14-4. An additional four points would be taken by the Ava offense including points from an Ace from Dobbs and a block by Herrera and Fossett.

The Lady Bears finally relinquished service after a two-touch penalty was called against Ava. In the final plays of the set, Olivia Heriford delivered a kill to take the rally from Fordland. Also serving, Heriford and the offense were able to score the game point after Fordland put the ball out of bounds on the defensive return.

The second set was more closely matched with Fordland going on a seven-point run as the Lady Bears struggled to get back to the long-run offense they had produced in the first set. Coach Emily Petty called for Ava’s first timeout after losing a rally which allowed for the Lady Eagles to knot the set at 9.

“We’re still trying to work defensively and offensively, splitting the communication and really working on who’s taking the pass, positioning on the floor, communicating that with our center and then our center and hitters communicate each other on where we’re gonna place the ball and where we’re going to hit the ball,” said coach Emily Petty.  “It is getting better and each game it does progress.”

Ava regained the ball but were cut short on a carry call against the Lady Bears. Although Ava was gaining points with hits from Fossett, Heriford, and sophomore Lauren Hall, the Lady Bears longest rally was five points on their first possession.

At 17-15, Ava found themselves trailing for the first time in the match before tying things up after a serve from Sydney Snelson went out on Fordland’s defensive return. Snelson also delivered a deep dig which led to another point for the Lady Bears when the Fordland defense dropped the ball.

The six-point rally put Ava back in the positive, 19-17, when Fordland called a timeout to regroup. The one-minute break served the Lady Eagles well after Ava dropped the ball in their court for the loss of rally and another point for Fordland.

The Lady Eagles didn’t hold on to the ball for long before a serve into the net ended their shot at catching up. A carry against Fordland and a kill from Hall put the Lady Bears up, 24-20, before Fordland took their second timeout of the set.

The Lady Eagles failed to rally after a hit from Hall was touched and went out of play for the game point.

With back-to-back games scheduled, Petty and the Lady Bears also had to think about playing Hollister with little rest between matches.

“We’re going to play a faster pace,” said Petty. “We have to be committed to every single ball and every single rally. Instead of playing to our opponents speed we need to play at our own speed and a faster pace to keep up with Hollister.” 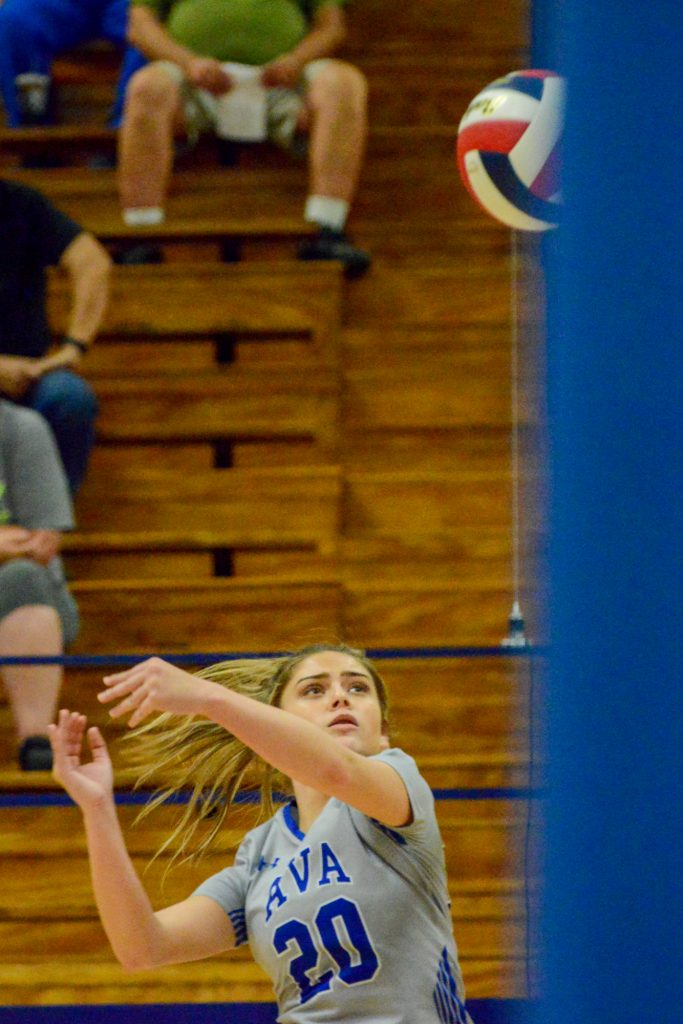 Ava High School sophomore Lauren Hall (20) falls back to the court after sending the ball across during a match against Fordland on Monday, September 9, 2019, in Ava, Missouri. (Jason Hoekema/Douglas County Herald)