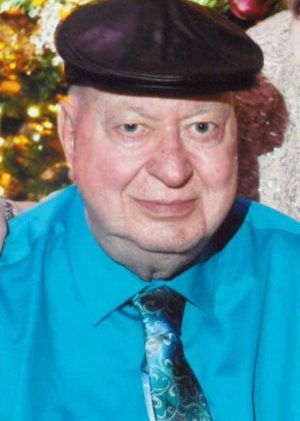 William Andrew Clinkingbeard, 76 years, of Carthage, Missouri (formerly of Ava), passed away on September 4, 2019 at Carthage, MO from a sudden illness with his daughter, Candee by his side.

Andy was born September 29, 1942 in Springfield, MO  to William Voyne and Dorothy Mae (Schuenemann) Clinkingbeard. Andy grew up in the Ava community.

He was retired from Foremost and Hiland Dairy as a delivery truck driver. Andy got his start in the business driving for his father-in-law, “Wink” Croslin, and it was called Croslin Dairy located in Ava.

On December 23, 1961 Andy and Patsy Ruth Croslin were united in marriage at the Ava United Methodist Church, and to this union they were blessed with two children, Candee and Christopher.

Andy was a Christian and attended the United Methodist Church with Patsy. Andy loved traveling with Patsy. He also enjoyed playing Blackjack. His love and joy was Patsy and his family!

Andy was preceded in death by his parents, his in-law’s, “Wink” and Jessie Croslin and the love of his life, Patsy.

He is survived by his two children, Candee Clinkingbeard of Carthage, MO and Christopher Clinkingbeard and wife, Desmay of Willard, MO, two grandchildren, Rylan and Nikki, his sister, Joyce of Ava, and many other relatives and friends.

Funeral services for Andy were Saturday, September 7, 2019 at 2:00 p.m. the Clinkingbeard Chapel, Ava, MO with burial following in the Ava Cemetery.  Visitation was Friday, Sept. 6th from 7:00 p.m. to 8:00 p.m. in the funeral home. Officiating was Pastor Mike Arico. On line condolences may be made to www.clinkingbeardfuneralhome.com.