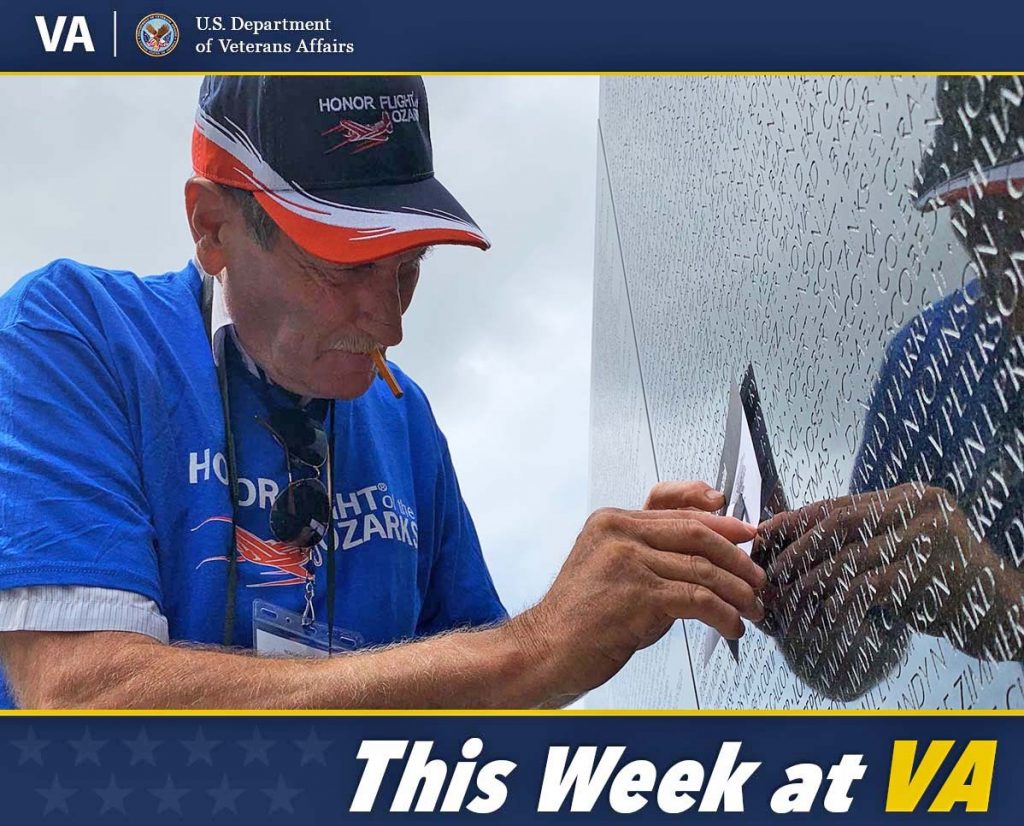 Ava native, Army Veteran and Purple Heart recipient Dave Andrews recently traveled to Washington D.C. as part of the Honor Flight of the Ozarks in Springfield. Andrew’s wife, Catherine, applied to the organization secretly on his behalf. While in D.C., Andrews was interviewed and photographed for a VA publication sent to 1.8 million Vets.

It’s much easier to wait for something when you don’t know you are waiting.

The Honor Flight of the Ozarks (HFOTO) provides free trips to Washington, D.C. for veterans so they can view the memorials that honor them. Nearly a quarter million of veterans have enjoyed taking part of a Honor Flight.

And more want to go.

“Our WWII and Korea Vets have priority (typically next flight) as do all veterans with serious health issues,” says Mike Totten, Flight Coordinator of HFOTO. “Our healthy Vietnam vets are currently in a 18-24 month waiting period.”

Submitted Photo Approximately 80 veterans from the Ozarks pose by the WWII monument in Washington, D.C.

Because he didn’t know he was waiting.

“My wife Catherine put my name in without me knowing,” Dave said. “I didn’t know anything about it until they called.”

Dave didn’t immediately get on the plane. “At first I told them I couldn’t go because I couldn’t make it to the briefing the Friday before,” he said. “Then someone canceled or died and they called and asked if I was still interested.”

The trip is one big day in Washington, D.C. The 19-hour agenda had 18 stops scheduled down to 15 minute intervals.

The WWII Memorial was first. Then the Navy Memorial. Then on to the Lincoln, Korea, Vietnam, Iwo Jima, the Air Force memorials. Then to Arlington National Cemetery for the Changing of the Guard at the Tomb of the Unknown Soldier.

“The trip was intense,” he said. “But it was long enough that you could spend long enough at each memorial to understand it.”

Andrews trip to D.C. was also long enough to get noticed by the Veterans Affairs (VA) Department.

Dave was making a pencil rubbing of a name at the Vietnam Memorial, and a VA photojournalist approached, did a short interview and took a photo.

Andrew’s story was the lead in a VA email newsletter that goes out to 1.8 million veterans. “It was kinda cool,” Dave said.

The Honor Flight trip whetted Andrew’s appetite for the D.C. area. “I saw enough that I want to go back,” he said. “This visit was just memorials.”

The Honor Flight of the Ozarks was started in 2014, one of 140 hubs for the national organization. “We try for 3 flights a year,” says Flight Coordinator Mike Totten. “We typically fly in May, August and late October or first of November.”

The next flight is scheduled for October 22, 2019. Learn more by visiting the organization website at: honorflightoftheozarks.org 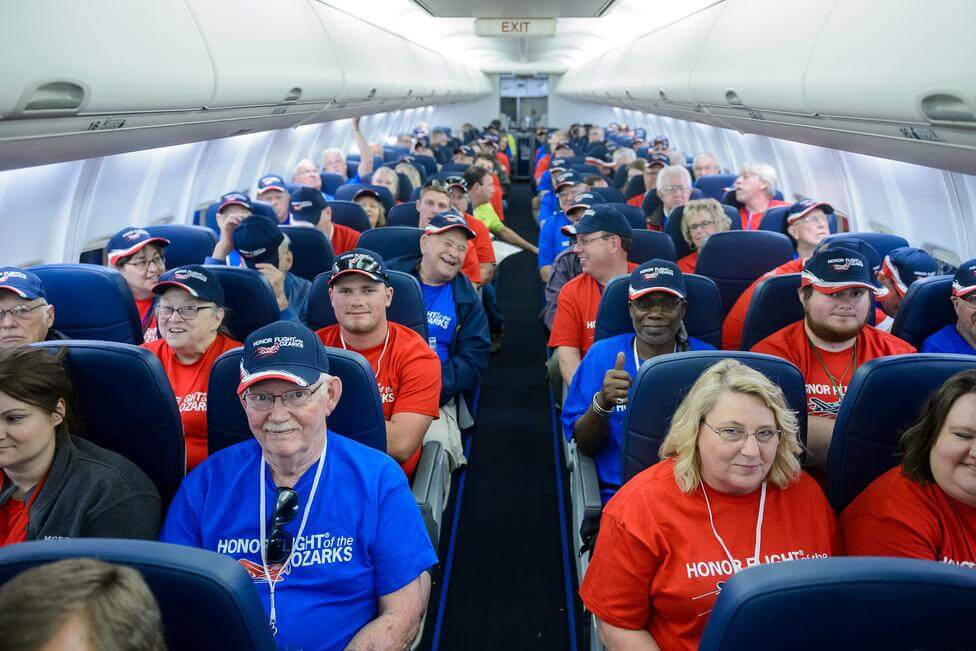 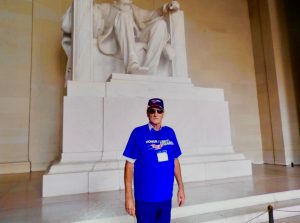 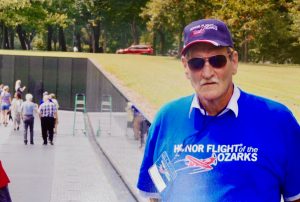