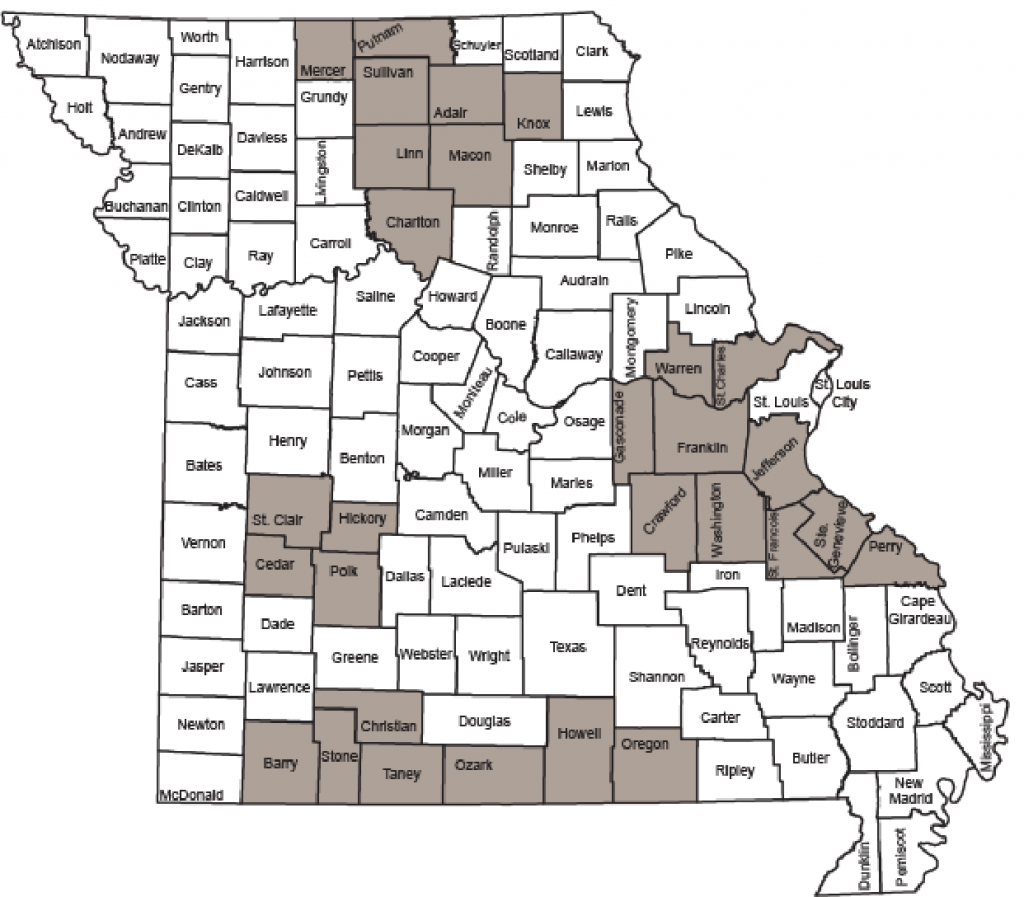 JEFFERSON CITY  – With deer hunting opening for archery season on Sept. 15 and firearms portions in the coming months, the Missouri Department of Conservation (MDC) wants hunters, landowners, and others to know key information about chronic wasting disease (CWD).  MDC is continuing its efforts this fall and winter to limit the spread of CWD in Missouri deer by finding new cases and slowing its spread to more deer or more areas.

CWD is a deadly, infectious disease in white-tailed deer and other members of the deer family that eventually kills all animals it infects. There is no vaccine or cure. CWD is spread from deer to deer and through the environment. MDC has found 116 cases of CWD in Missouri since 2012 out of more than 100,000 deer sampled so the disease remains relatively rare in the state. Learn more at mdc.mo.gov/cwd under “CWD in Missouri.”

There have been no reported cases of CWD infecting people, but the Centers for Disease Control and Prevention (CDC) strongly recommends having deer tested for CWD if harvested in an area known to have the disease. The CDC also recommends not eating meat from animals that test positive for CWD. For more information, visit mdc.mo.gov/cwd under “Human Health Risks.”

MDC is offering free voluntary CWD sampling and testing of deer harvested anywhere in Missouri throughout the entire deer hunting season (Sept. 15 through Jan. 15, 2020) at MDC regional offices during regular business hours and through participating taxidermists and meat processors within the CWD Management Zone. Get locations and more information at mdc.mo.gov/cwd under “Voluntary Sampling.”

Hunters who harvest deer in any counties of the CWD Management Zone during the opening weekend of the November portion of the fall firearms deer season (Nov. 16 and 17) are required to take their harvested deer (or the head with at least six inches of neck attached) on the day of harvest to one of MDC’s numerous CWD sampling stations throughout the zone. Sampling and test results are free. Hunters who harvest deer in counties no longer part of the zone are not required to participate in sampling. Learn more at mdc.mo.gov/cwd under “Mandatory CWD Sampling,” or from MDC’s “2019 Fall Deer & Turkey Hunting Regulations and Information” booklet, available where permits are sold and online at huntfish.mdc.mo.gov/sites/default/files/downloads/2019FDT.pdf.

BEFORE HAVING DEER SAMPLED FOR CWD

Field dress and Telecheck deer before arrival at a sampling station.

Bring the carcass or just the head with at least six inches of the neck attached.

Capes may be removed in preparation for taxidermy before going to a sampling station.

The person who harvested the deer must be present.

The hunter’s conservation number will be required, along with specific location of harvest.

If using a paper permit, have it detached from the deer for easy access.

If using the MO Hunting app, have permit and Telecheck information available.

Position deer in vehicles with heads and necks easily accessible.

Get test results for CWD-sampled deer online at mdc.mo.gov/CWDTestResults. Results are free and will be available within four weeks after the sampling date.

Carcasses or remains of CWD-infected deer can expose other deer to the disease. Process deer as close as possible to where harvested. Place remaining carcass parts in trash bags and properly dispose of them in the trash or a landfill. If necessary, bury or leave remains at the harvest site. Learn more at mdc.mo.gov/cwd under “Carcass Disposal.”

New regulations on carcass movement and disposal will go into effect in 2020. Learn more at mdc.mo.gov/newsroom/mdc-has-new-rules-deer-carcasses-ongoing-fight-against-cwd

Missouri’s Share the Harvest program helps deer hunters donate venison to those in need. To participate, take harvested deer to an approved meat processor and let the processor know how much venison is to be donated. Learn more and find participating processors at mdc.mo.gov/share.

For deer sampled for CWD before being taken to an approved processor for donation, present the CWD barcode number provided at the sampling station to the processor as proof of sampling. If a sample has not been collected before donation, the processor will collect the sample or remove the head and submit it to MDC for sampling. Learn more at mdc.mo.gov/cwd under “Share the Harvest.”

Feeding deer or placing minerals for deer unnaturally concentrates the animals and can help spread CWD. The Wildlife Code of Missouri prohibits the placement of grain, salt products, minerals, and other consumable natural and manufactured products used to attract deer year-round within counties of the CWD Management Zone. Exceptions are feed placed within 100 feet of any residence or occupied building, feed placed in such a manner to reasonably exclude access by deer, and feed and minerals present solely as a result of normal agricultural or forest management, or crop and wildlife food production practices. The feeding ban does not apply to food plots or other agricultural practices. The feeding ban no longer applies to counties removed from the CWD Management Zone.

Counties within the CWD Management Zone do not have an antler-point restriction. Protecting young bucks from being harvested in areas where CWD has been found can increase the spread of the disease. The APR has been reinstated for some counties removed from the zone. Learn more from MDC’s “2019 Fall Deer & Turkey Hunting Regulations and Information” booklet, available where permits are sold and online at huntfish.mdc.mo.gov/sites/default/files/downloads/2019FDT.pdf.

The increased availability of firearms antlerless permits for some counties in the CWD Management Zone can help prevent undesired population increases in local deer numbers around where CWD has been found. Learn more from MDC’s “2019 Fall Deer & Turkey Hunting Regulations and Information” booklet, available where permits are sold and online at huntfish.mdc.mo.gov/sites/default/files/downloads/2019FDT.pdf.