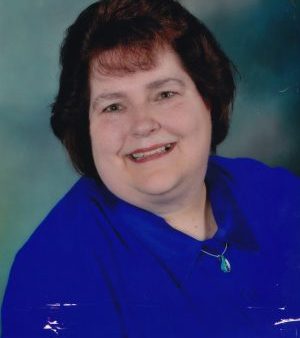 Julie Lynn Downey, of Ava, passed away August 31, 2019 at Cox South Hospital.  She was 54 years old. Julie fought hard for many years with multiple diagnoses, one so rare that she was only the fifth person to have it since 1978.

Julie worked in the medical field for 25 years. She was a coder. She was so good at her job, that she taught classes to other coders in the ever changing rules and regulations in the Medicare system. Julie had to take an early retirement in 2008 when her illnesses prevented her from continuing the job she enjoyed. She had a gift in investigation.  Any time she or her friends had a question about anything, Julie grabbed her laptop and looked it up.  Her favorite phrase was “Google is your friend.”

Julie moved to Ava from Denver, Colorado with her family in September 2015. She loved living here!  The open spaces, the slower pace and no traffic.  Julie’s new passion when she moved here were her chickens.  As long as she was able, she took an active roll in taking care of them.  Often in the summer, she would sit in a chair just outside of the chick shack in front of a fan, and just watch them.  She named most of them.  Another favorite pastime was fishing. She was able to fish often when she first moved to Missouri.

Julie will be missed greatly by her friends and family.

There will be a Memorial service for Julie at Oak Grove Church in Wasola on Sunday, Sept. 15.  There will be a dinner at 12:00 noon with the service at 2:00 p.m.