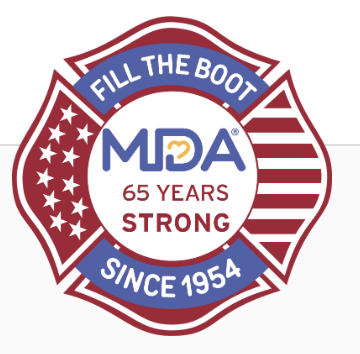 Missouri Governor Mike Parson has officially proclaimed August as Fill the Boot Month to mark the 65th anniversary of the Firefighters extraordinary efforts on behalf of the Muscular Dystrophy Association.  Nearly 600 million dollars has been collected since 1954 when the program began with one Boston Firefighter.

Ava Firefighters are participating in the 65th annual Fill the Boot benefitting the Greater Ozarks Chapter of the Muscular Dystrophy Association.  Ava is one of the 63 departments in the Ozarks that is collecting.

“Fill the Boot is off to great start.  Several departments don’t wait until Labor Day weekend to collect and the response so far has been encouraging,” states Jerry Bear, Executive Director of MDA.  “Firefighters are doing events earlier.”

Firefighters are watching their extraordinary determination and hard work usher in a new era of progress in research and treatments.  Seven new drugs have been approved since 2015.  The treatment Spinraza has been used in Spinal Muscular Atrophy to allow a new born baby with a life expectancy of one year to “dance with the doctor” at age three and her parents saving for college.  There are many other stories to be written about gene therapy in the future.  MDA plans to release 45 more new drugs and treatments in the next three years.

Each Fill the Boot is unique to the community.

Other locations include football games, county fairs, and major events in their community.

“Firefighters have a special dedication to MDA.  They work so hard.  Departments vary from all-volunteer to all-professional, or a mix of both.  Smaller departments also have great success, thanks to a generous public.  In 2018 Ava collected $2,793, and that’s outstanding. We really appreciate Chief Woods, Captain A.J. Carmichael and all the firefighters,” Bear added.

Over one million people in the United States are affected by the 43-neuromuscular disease covered by MDA.  That includes ALS.

MDA has invested $325 million dollars in research and services since 1954.

Fill the Boot displays easily recognizable posters and banners, and everyone donating receives a sticker to put on the dashboard of their car.  The sticker also contains Fire safety tips.