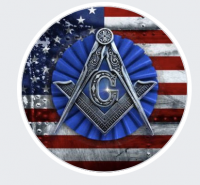 August 6, 2019 – This was a regular stated meeting and we met for supper at 6:30 P.M.  All Masons and their families and friends are invited to eat with us. We eat in the basement, which is air conditioned, at 6:30 P.M. and move to the upstairs lodge hall for our regular meetings, which begin at 7:30 P.M.

Brother Williams, Secretary, stood and read the previous minutes of July 2 and July 8, 2019.  Minutes were approved as read. The committee of investigation failed to meet with Brother Tim Bellfield and that will occur this next month and he will then be accepted as an affiliate member by the Ava Lodge.  His home lodge is Mtn. Grove Lodge #158.  We will be glad to have him as a member of our lodge. Darren Young stood and announced that their son, who is 6 years old, will be having a tonsillectomy and needs our prayers. RWB David Norman, Treasurer, gave the financial report and reported the lodge now had a “tax free” certificate from the State of Missouri. He was now trying to get a credit card for the lodge.

Brother Kuhn stood and discussed a tractor and truck pull to be held in Mtn. Grove next year, the date not set as of yet.  Any lodge that has 3 or more members participating will share in the proceeds. The fund raiser is to benefit the Wright County Children’s Home and the Masonic Home of Missouri.  It is a huge  project and much help will be needed and more will be announced during the next few months regarding what will be required.

WB Rob Acklin, WM of Robert Burnes Lodge in Gainesville, will be the new DDGM  for the 42nd Masonic District of Missouri for next year.

A good meeting with good attendance. Lodge was closed in due form, peace and harmony prevailing.