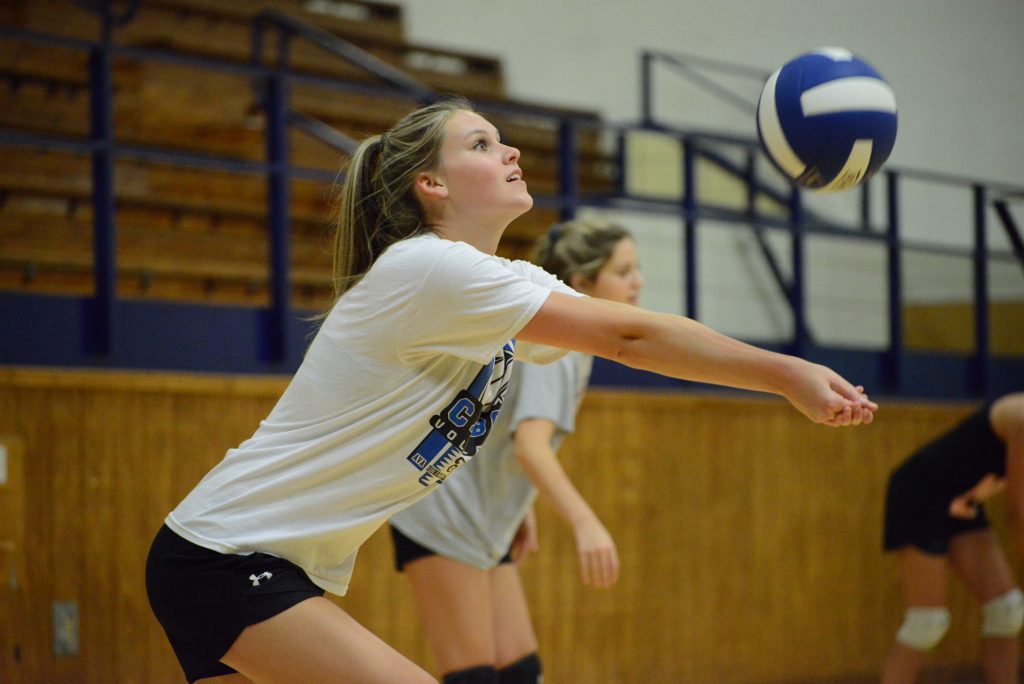 If the indoors is more of your choice in venue – summer heat isn’t for everyone – the Lady Bears volleyball team will be serving kills and blocks in the gym.

Last year the Lady Bears ended the season with a 14-17-1 (3-4 SCA) record and were ousted in the MSHSAA District Tournament by a 2-0 against Logan-Rogersville, last year’s Class 3 state champions.

The team has continued to improve since the coaching changes made at the beginning of last year. Coach Emily Petty is now running the bench, bringing back fundamentals to help develop the team year-by-year.

“We’re going into year two with a little higher expectation, still starting with the basics,” said Petty in an interview on Monday, August 12. “We had to really break fundamentals down last year and work from the bottom up.”

Before the arrival of Petty, the Lady Bears struggled desperately at the net, their last positive winning season being in 2010 where the then team finished 19-10-1.

“We weren’t doing any anything fancy in our first couple of games but it led us into a more successful season (after) starting-(over) with the fundamentals and basics,” said Petty. We ended the season at 14-17-1 which was a big improvement from what they’d seen in previous years.”

Nearly perfect in service at 93-percent over to the opponent, the Lady Bears had difficulty keeping the rally losing 661 serves over their 619 successful bouts throughout the season.

Petty is hoping to change that with more action at the net. By building on the basics, she is hopeful that this year’s team will be more energetic.

“We’re going to be more dynamic,” said Petty. “We’re working on things in this summer season and this pre-season that Ava hasn’t seen in a while. A quicker-paced game. We’re not just going to be setting high outside sets, we’re going be wanting to run more quicks and more diverse play sets.”

This means that the players at the net will not just work on defensive blocking, but will use the length of the net to execute with while running different plays. This can mean setting not to just one position on the offense.

“That dynamic play is all through our net,” said Petty. “We will be relying on (our middles) to play not just a little blocking position but working with side to side movement. They’re going to be going the whole length of the net trying to run different play sets and hitting from the three position on the net out from our side to the opposite pin.”

This year Petty brings back five seniors, replacing Kate McDonald, Lauren Mendel, and Rebecca Elliot. Another two returning players will be working on the junior-varsity team.

Olivia Heriford is back on the court this year as a senior, and a middle blocker, with high hopes of improvement amongst herself and teammates.

“I’m expecting us to be pretty good,” said Heriford. We’ve got a lot of players returning and that means we’re a pretty solid team. I’m really excited to see what we can do and am pretty confident. We’re really coming together with the fundamentals and starting to put all the little pieces together.”

Returning junior and varsity setter, Sarah Dobbs, is looking forward to the improvements she has seen but also hopes her teammates open up and communicate more on the court.

“I am looking forward to having a better outcome than last yearm” said Dobbs. “We are way better fundamentally; I think that we will have a good season.”

Dobbs is also excited about newfound play sets and the uptick in play tempo the team has developed on top of the fundamentals reinforced by coach Petty last year.

The Lady Bears are hoping for support from the community, Dobbs stating that more fans means more intensity for the girls on the court. 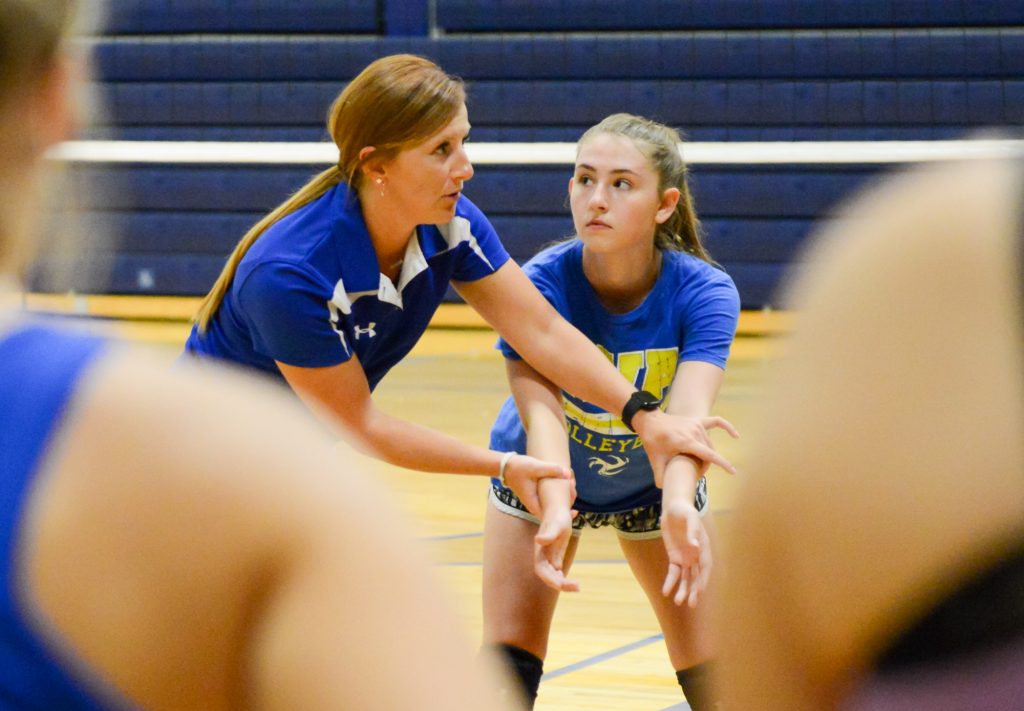